"The endorsements [of politicians] don't mean anything," he said Sunday, what matters are "the people" 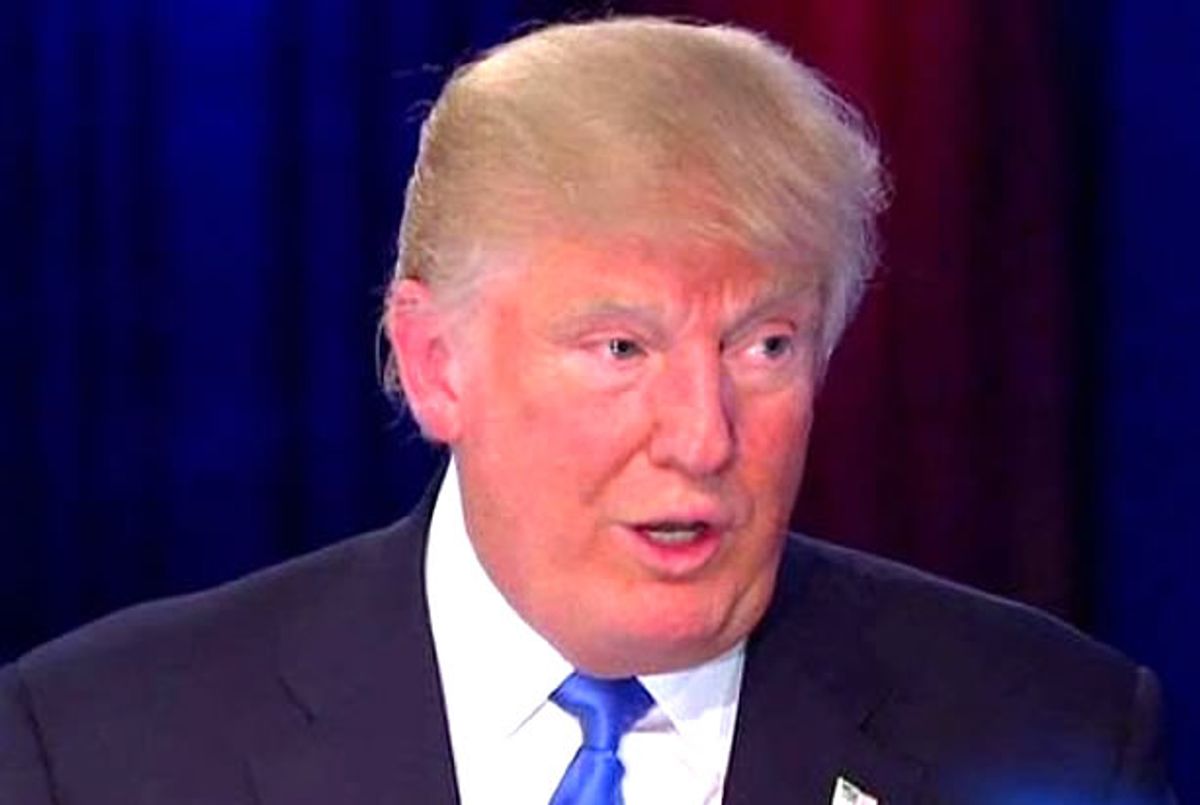 During his #TrumpTownHall with Fox News' Greta Van Susteren on Sunday, Donald Trump rejected the idea that he'd need the endorsement of Texas Senator Ted Cruz to unite the party and put him in the White House.

In his typical manner of wanting and having it both ways, Trump told Van Susteren that "I'm not a huge believer in endorsements, although I've had some that have had a huge impact."

He went on to say that Cruz "doesn't have to endorse me," because "I think Ted Cruz would be a terrible president. I don't want him to be under any pressure. Don't endorse me. It's not going to have any impact. The people know what's going on."

Trump added that he's been watching the other "politicians" in this race and decided they're just not up to his snuff.

"Now we have the House and the Senate, nothing is different," he complained. "I know politicians. Their endorsements don't mean anything."

"The only thing that means anything," Trump concluded, with one eye clearly on the possibility of a brokered convention, "are the people."