Doubling down on "Game of Thrones": HBO needs new stories that take risks—and we're getting a recap show instead 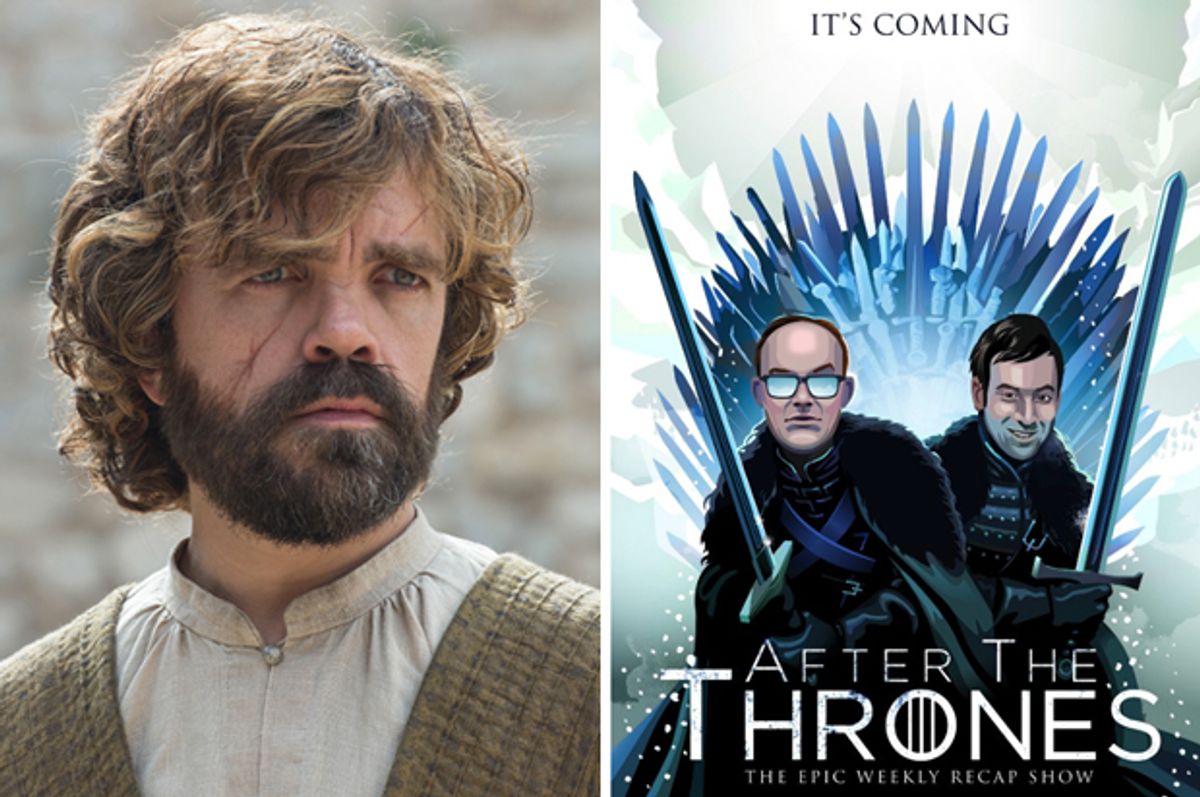 HBO announced today that it is going to follow up each episode of “Game Of Thrones”’ season six with a new post-show recap called “After The Thrones,” starring Andy Greenwald and Chris Ryan of Bill Simmons’ new site the Ringer (which hasn’t yet officially launched). Simmons signed a deal with HBO last year for various unspecified projects; “After The Thrones” is one of them.

It's a strategic, if not particularly creative, financial decision. “Game Of Thrones” is HBO’s only surefire hit drama hit after “True Detective” fizzled out in season two; aside from multiple Emmy-winner “Veep,” the rest of the networks’ best-known lineup is thinning out. “Girls” is ending next year, “The Leftovers” is ending after its next season, and well-received productions like “Show Me A Hero” and “Olive Kitteridge” were just miniseries. HBO relies on premium subscribers choosing to pay for the network exclusively—either through traditional cable or satellite or through HBO Now, the network’s new streaming service.

So to sweeten the deal, HBO is offering more “Thrones,” sort of. Taking a page from AMC’s book—and from the cottage industry of recaps, thinkpieces, and news segments that follow every episode of “Game Of Thrones”—HBO’s “After The Thrones,” like post-“The Walking Dead”’s “Talking Dead,” aims start discussion and recap the plot first, on that same network, to hopefully both keep that record-setting audience engaged and also to guide the critical conversation.

[Update: HBO hasn't confirmed exactly when "After The Thrones" will air, stating that new episodes will be available Mondays on streaming and will air at some undetermined point on HBO itself. I've assumed that it will be directly afterward, based on the title and the scheduling of "Talking Dead." But that's a slot currently occupied by "Veep" and "Silicon Valley."]

With all due respect to Greenwald, who has been a TV critic worth following for some time, I am skeptical that “After The Thrones” will be particularly critical or insightful. Perhaps I am influenced by “Talking Dead”’s chatty banter, which is currently the industry standard for this type of thing. But I also highly doubt that HBO would air criticism of its own show, immediately after its broadcast. This is a network that is so averse to anyone else carrying water for it that its PR arm publishes articles on Medium instead of giving exclusives to journalists; with “After The Thrones,” HBO finds a way to launch a pedigreed narrative-guider.

And, to be brutally honest: I like “Game Of Thrones,” but it does not surprise me at all to learn that the two talking heads chosen to speak for the whole fandom, on HBO, immediately after broadcast, are two white men. This feels like a frustrating kind of attention grab—an attempt to seize not just the pop-culture conversation, but to pre-empt pop-culture criticism, too. I imagine that season three’s “Breaker Of Chains,” with its shocking rape scene, would have hit the viewing audience at home a lot differently if “After The Thrones” had a ready interpretation and explanation for it. Book readers know that despite the power of “Game Of Thrones”’ production, showrunners David Benioff and D.B. Weiss have flattened certain elements of the show, out of what looks like disinterest or dismissal; it’s maddening. “After The Thrones” feels like a further degree of flattening, rolling over not just the show’s material but the robust conversation around it.

But the real reason HBO probably shouldn’t have done this, aside from my crankiness, is that it also just looks desperate. It’s hard to imagine that anyone considering subscribing to HBO for “Game Of Thrones” would be moved by knowing that “After The Thrones” exists, even if “After The Thrones” exceeds all my wildest expectations. At the end of the day, it’s a recap show, taking up space where another original drama could live. Where are HBO’s other good ideas? It's Sunday night primetime, and this is all you could come up with?