Memo refutes the notion the Trump had a bad week, claims "DC Pundits" merely "scurried" to proclaim it so 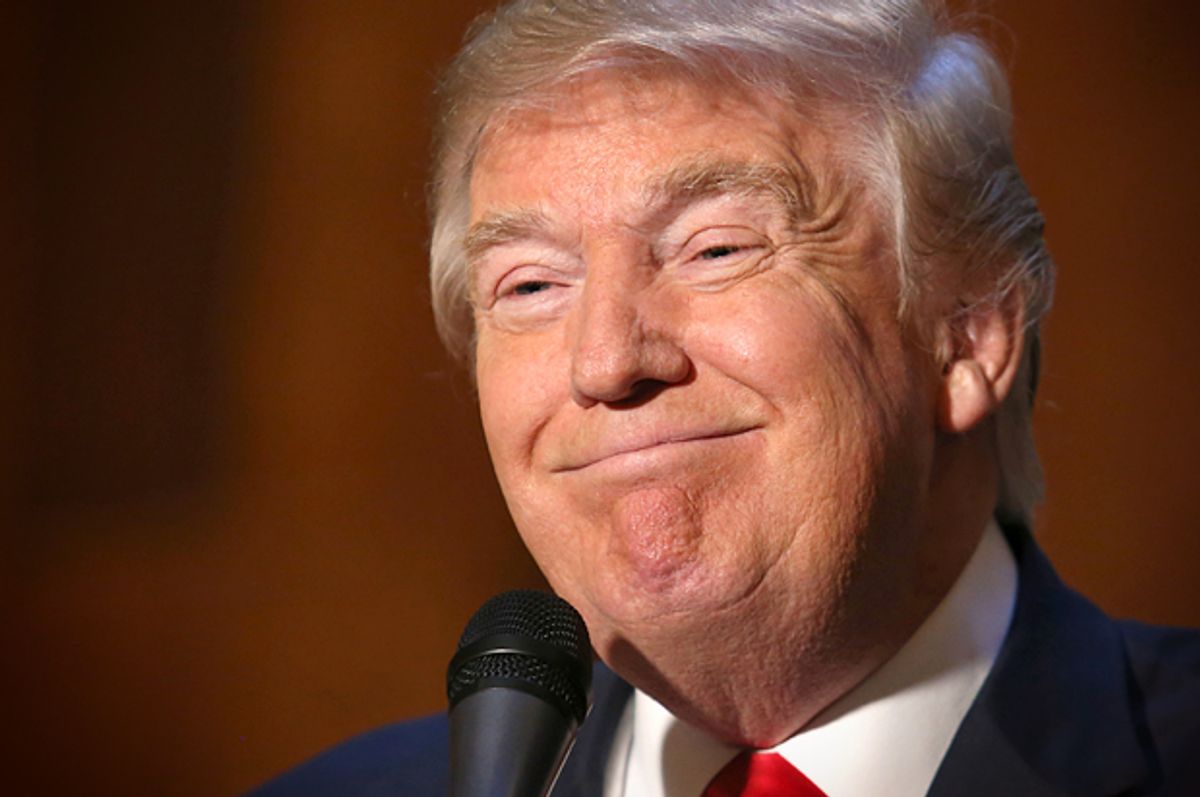 A memo leaked to the Washington Post and later confirmed to be real revealed that the while the media and conservatives are worried that the events of the last week could spell the end of Donald Trump's dreams of occupying the White House, the campaign itself isn't concerned.

"During [what] the media labeled 'Worst Week Ever' we increased our support by over 15 percent," the memo, penned by senior campaign advisor Barry Bennett, read.

"America is sick of them," it continued. "Their idiotic attacks just remind voters why they hate the Washington Establishment." It was, Bennett argued, "[y]et another pathetic display by the so called experts who line their pockets at the expense of our candidates and causes."

He noted that "[f]ive days ago Mr. Trump led Mr. Cruz 39% to 33%," and that "contrary to what the Washington Establishment would have you believe[,] this morning we lead Cruz by a margin of 45 to 31."

When contacted by the Post for comment, Bennett continued to sing his candidate's praises, though he noted that there is some reason for caution -- at least among those who work for Trump. "You’ve got Republicans in Washington saying they’re keeping lists of people who work for Mr. Trump, who say 'You’ll never work in this town again,'" he said. "My point is that people should be pumped that the establishment is spinning."