Pro-choicers under attack: Planned Parenthood hoax videos have led to an increase in violence and intimidation against clinics 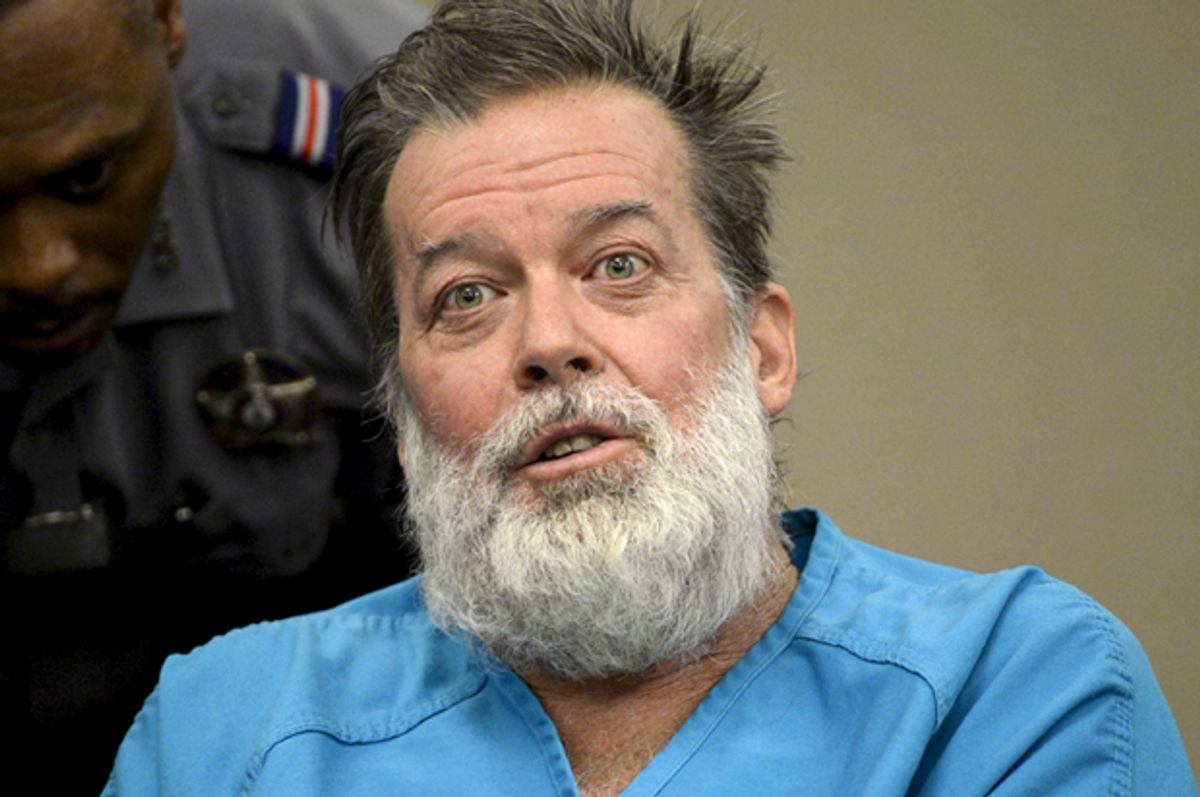 Back in July, an anti-choice group with the misleading name the Center for Medical Progress (CMP) started releasing "undercover footage" videos that they claimed showed that Planned Parenthood was strong-arming unwilling women into abortions so they could sell the fetal tissue on the black market.

Sounded like one of those Christian right urban legends and sure enough, it was. State investigations, journalistic inquiries, multiple congressional panels, and grand juries have all been convened and no evidence for this ridiculous claims has turned up. Indeed, the grand jury convened with the hope of filing charges against Planned Parenthood in Texas decided, after looking at the evidence, to charge the video producers for fraudulent behavior instead.

But, as the video-makers no doubt understood, truth never stands in the way when religious bigots want to get simultaneously titillated and outraged over cockamamie stories about the sex-havers being debauched weirdoes. The National Abortion Federation (NAF), a professional organization that advocates for providers of quality abortion care, has released its annual statistics on violence, harassment and intimidation of abortion providers. Sad to say, anti-choice lies about black markets and "baby parts" have done what they were no doubt intended to do: Invigorate the busybodies and sex police to dramatically increase abuse aimed at women seeking abortion and the medical professionals who help them.

The most obvious and frightening example is the three murders that were committed because of these videos in November, when Robert Dear killed three people and injured nine more during a killing spree at a Colorado Springs Planned Parenthood. The last anti-choice murder was in 2009, when Dr. George Tiller of Kansas was killed by an anti-choice fanatic.

But beyond the three murders, violence and intimidation was up across the board. Dear attempted murder on nine people (the survivors in the attack), up from zero attempted murders in 2014. There were four arsons and 67 vandalism attacks in 2015, up from one and 12, respectively. In 2014, there were nine suspicious packages/hoax bombs sent to clinics, but that surged to 35 in 2015.

But perhaps the biggest shift has been in the amount of intimidation that goes under the guise of "protesting."

"Incidents of picketing at facilities, which had been decreasing in previous years, increased from 5,402 in 2014 to 21,715 reported incidents in 2015," the NAF report reads, "a number larger than numbers reported for any other year."

That's a lot of people obsessing over the private lives of perfect strangers.

Meanwhile, new details about the sleazemeisters behind all this, David Daleiden and his cohorts at CMP, have come out, showing that no matter how awful you think they are, they are probably worse. The LA Times published a lengthy story  last week, featuring previously unreleased video footage and email evidence, showing that far from being the investigative journalist he presents himself as, Daleiden is a propagandist to his bone, a man who set out with a script and attempted (often failing) to manipulate real world people into saying things that fit it.

NAF and Planned Parenthood are both suing Daleiden and CMP, and the LA Times reporters went through documents, audio recordings, and video footage previously unreleased to the public, but now available after the courts ordered Daleiden to turn it over. The evidence shows that Daleiden and his main accomplice, Sandra Merritt, plotting ways to trick abortion providers into using provocative phrasings that most doctors wouldn't use, so they could then deceptively edit it to make it sound spontaneous later. They plied their targets with alcohol and said certain phrases (such as "fully intact baby") over and over, in hopes of tricking someone into repeating them.

In one case, with Holly O’Donnell, a disgruntled former biotech worker, Daleiden heavily pressures her into telling the lurid story he wanted to hear, making her tell her story over and over again until she caved and told some provocative tale that didn't sound much like the one she started telling.

Unreleased footage shows that over the source of successive takes, Daleiden asked O’Donnell to repeat anecdotes or add details such as the gender of an aborted fetus and whether she “said goodbye” to a dissected fetal cadaver before placing it in a bio-hazard container.

“So you want to make it really dramatic?” she asked.

At one point, she laughed and said to Daleiden: “You’re all like, ‘Say it like this! Let me possess your body and I’ll say it for you.’”

He then edited her clearly coached testimony with stock imagery of stillbirths to create the false impression that this is what O'Donnell is talking about.

This matters, because Daleiden's defense, in both criminal and civil court, is that he's a journalist using undercover techniques. This evidence proves he is not, but instead is a propagandist intent on manipulating facts. And his lies and distortions are leading, as the NAF reports, to increased threats and violence against women and doctors who help them.