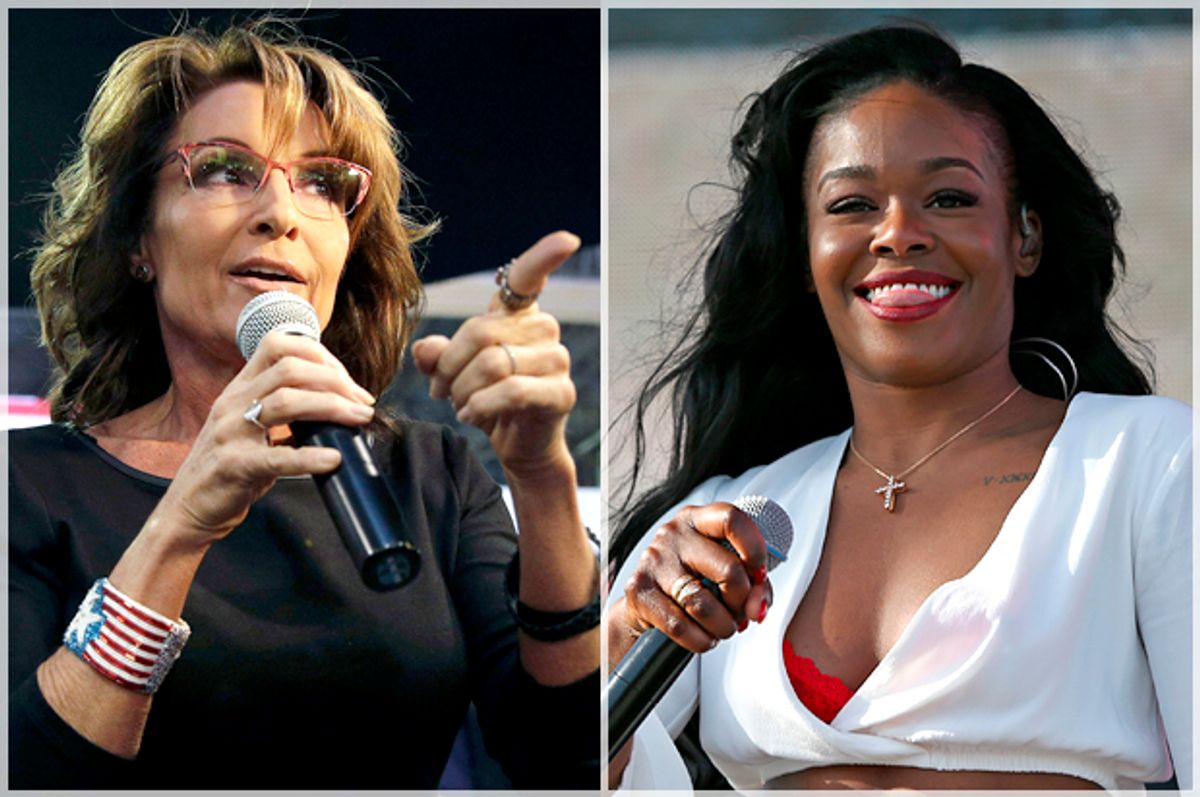 Noted shit stirrer and part-time rapper Azealia Banks on Sunday mistook a satirical article for reality and went off on a since-deleted Twitter rant, suggesting Sarah Palin be "run train on" by "the biggest burliest blackest negroes."

One-time vice presidential candidate Palin posted her own response to her Facebook page Tuesday, addressing Banks ("Female Rapper") in the second-person, saying, "you're obviously not exercising enough intelligence to acknowledge you've been sucked into believing some fake interview ..."

"And now I'll go through my young daughter's playlist to make sure there hasn't been any inadvertent addition of any anti-woman, pro-rape garbage that you seem to endorse, which perpetuates the cultural challenges we face in America," Palin concluded. "God bless you Ms. Banks, as you consider a change of heart."

As of this writing, Banks has yet to respond to Palin's post.

Hey Female Rapper - listen up, little darling. No one has any idea what you're wigging out about in these bizarre,...