There were just as many operations prior to Roe v. Wade as there are today. The difference was that women died 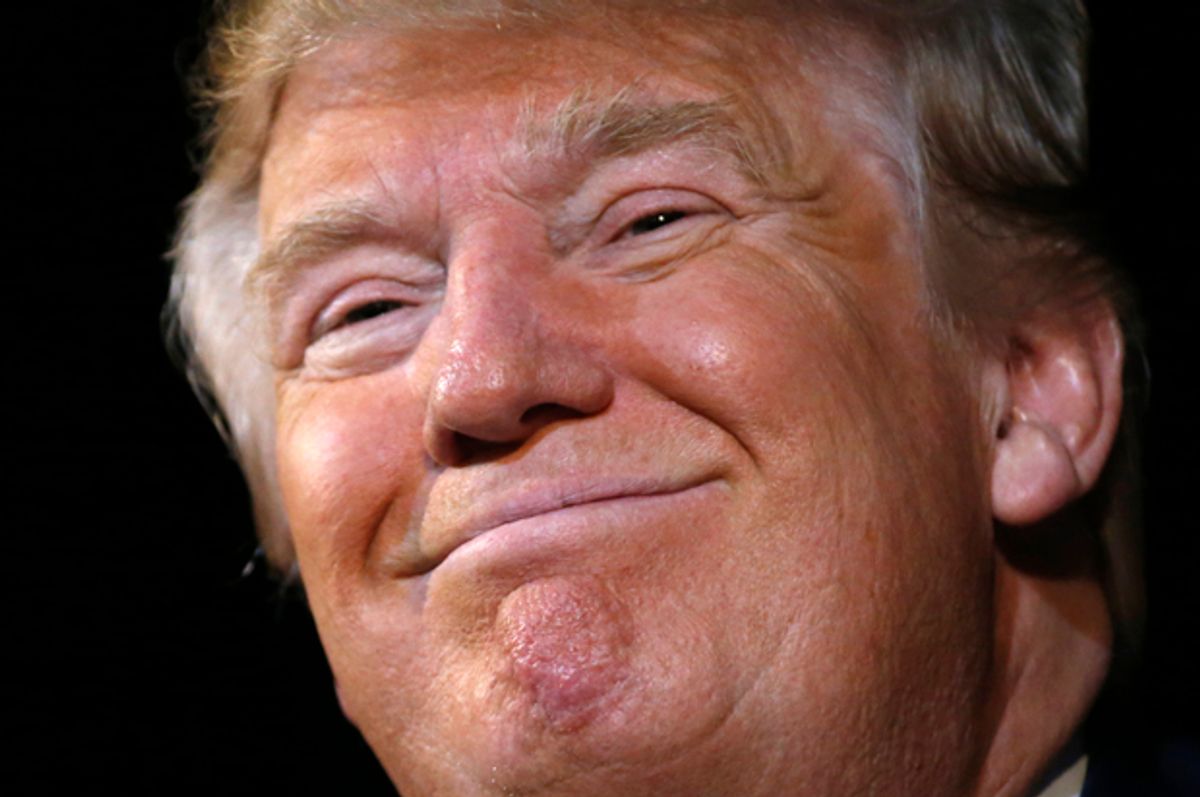 The issue of abortion is never very far from the American consciousness. It once again bubbled to the surface recently when Donald Trump, the frontrunner for the GOP presidential nomination, gave voice to the obvious: if you make abortion illegal, as all the Republican candidates, including Trump, profess to want to do, then there must be punishment for having an abortion. Trump opined, “There has to be some form of punishment" for the woman. When everyone pounced, he backtracked, saying maybe only the doctors should be punished.

The Supreme Court’s Roe v. Wade decision in 1973, which legalized abortion in America, has been the law of the land for several generations now. A significant portion of the population, including many doctors, have never lived in a time when abortion was illegal, and the idea of punishing a woman for having one seems a frightening prospect (at least for those holding pro-choice views). A look back at a history of abortion in the United States shines a light on what exactly a GOP-envisioned America might look like.

Abortions have been performed since ancient time and recipes for ridding women of pregnancies are as bizarre as they are plentiful. The Egyptians prescribed crocodile dung. The ancient Greeks recommended pennyroyal, an extremely toxic herb as likely to kill the women as to abort the fetus. Other colorful abortion aids included sitting over a vat of boiling onions, honey/salt/mouse feces suppositories, mashed ants/camel spit/deer hair paste, and stepping over a live viper. Prior to the 1870s, abortion in America was legal.Snake oil concoctions like the Portuguese Female Pill or Madame Restell’s Preventive Powder were purported to cause spontaneous abortions. (In fact, the first state abortion restriction law, passed in Connecticut in 1821, was actually a law attempting to ban these remedies, since they were often poisonous.)

In America, midwives usually performed surgical abortions. Abortions were legal in the U.S. up until the “quickening,” i.e. the fourth month of pregnancy. It was, however, still a patriarchal society, and as women clamored for more control over their lives, including the right to birth control and the right to vote, the entrenched powers struck back. In 1873, the Comstock Law was passed, banning the sale or distribution of any materials related to abortion or birth control. The overwhelmingly male medical profession used these restrictions as a way to assert control over women’s health, taking power away from the female midwives of the time. As abortion restrictions spread from state to state, it was not uncommon for doctors to withhold medical services from women who were suffering complications from abortion attempts until they confessed who performed the abortion, and even who the father was. There was also a racial tinge to the laws restricting abortion. White women, with more access to abortion, were having fewer babies than women of color. The eugenics movement was influential during this time, and concern about “inferior” races overpopulating the country was very real. (Similarly, decades later, the Nazis restricted abortions for “Aryan” women, but allowed them for those who were “hereditarily ill.”)

The abortion restrictions that were then in place did not eliminate abortions, they only drove them underground. During the Great Depression, the incidence of abortion increased dramatically, as women, married or unmarried, found the increased economic burden of more children to be untenable. The results were often gruesome. Without professional medical help, women were driven to use abortion methods that were dangerous and unsanitary. The coat hanger abortion was rampant. Knitting needles, rubber tubing, ballpoint pens, bicycle spokes, soda bottles and even chicken bones were tools of the trade. Some women jumped off roofs or beat themselves in the stomach in the belief it would cause spontaneous abortion.

David A. Grimes wrote in his book Every Third Woman in America, “They jabbed into their uteruses with knitting needles and coat hangers, which [Dr. Daniel] Mishell sometimes found still inside them. They stuck in bicycle pump nozzles, sometimes sending a fatal burst of air to the heart. They’d try to insert chemicals—drain cleaner, fertilizer, radiator-flush—and miss the cervix, corrode an artery and bleed to death. Mishell once put a catheter into a woman’s bladder and ‘got a tablespoon of motor oil.’” Serious infections, infertility and even death were commonplace. Statistics are hard to come by, since abortion was underground, but hundreds, more likely thousands of desperate women died attempting illegal abortions. (In contrast, in 2009, with a population twice as high as during the Great Depression, only eight abortion-related deaths were recorded.)

Virtually every major urban public hospital in America during these times had septic wards, filled primarily with women suffering from infections caused by botched abortions. Then, as now, economic means played a part in who had safe access to abortion. For the poor, abortions were performed mostly in public hospitals once for every 1,000 births. The abortion-to-birth ratio in private hospitals, where there were a higher percentage of well-off women, was six per 1,000. Wealthy women could travel to places like Sweden, where abortion was legal. For the poor, the back alley or self-administered abortions were often the only recourse. In the 1950s, “therapeutic abortion boards” were set up in hospitals, which limited a doctor’s ability to determine whether an abortion was life threatening to the woman (an abortion was allowed if the mother was in danger). Those decisions were made by a committee, which usually ruled in favor of well-off white women.

By the mid-'50s, women began to push back. In 1955, Planned Parenthood organized a conference, called Abortion in the United States, which began a nationwide debate on the issue. In the 1960s, influenced by the civil rights movement, women began to organize for women’s rights. In 1969, a group calledJane (formally, the Abortion Counseling Service of the Chicago Women’s Liberation Union) helped women obtain safe and affordable abortions. It was a sort of Underground Railroad for women, and Jane members eventually taught themselves to perform the procedure, completing more than 12,000 abortions through 1973.

By the early '70s, 20 states had passed repeal or reform of abortion-restriction laws, and in 1972, the Supreme Court legalized the birth control pill for all women (prior to that, in 26 states only married women could obtain the Pill, through their doctor’s prescription, necessitating, of course, abortions for the unmarried).  And finally, in 1973, Roe v. Wade legalized the procedure. Although viewed today by conservatives as an egregious example of judicial activism, the Roe decision was actually a clearheaded result of observing the conditions in America at the time. With many states legalizing the procedure or making it easier to obtain, and with others continuing the ban, it was evident that the patchwork of laws was collapsing on itself. Women with means could afford to travel to another state to obtain an abortion, while the disadvantaged were without access. Roe simply gave equal access to all.

Ever since Roe, the anti-choice faction has been fighting back. Coinciding with the Republican conservative “revolution” ushered in with the election of Ronald Reagan in 1980, conservative states have been chipping away at the right of women to have access to safe abortion. Restrictions like parental approval, the outlawing of partial-birth abortion, the ban of the use of federal money for abortions, mandatory sonograms, counseling sessions and waiting periods have all been used to roll back abortion rights, and with some success.

Today, some entire states have only one or two abortion clinics. The ultimate fear among the politically progressive set is that a conservative president may tip the scales on the Supreme Court, resulting in the overturning of Roe v. Wade. Certainly comments like Donald Trump's do nothing to lessen those fears, but if the past is any indication, making abortion illegal will do nothing to eliminate it. There were just as many abortions pre-Roe as there are today, at times even more. The only difference is that women died, a lot of them. And that certainly is, as Trump alluded to, “some form of punishment.”