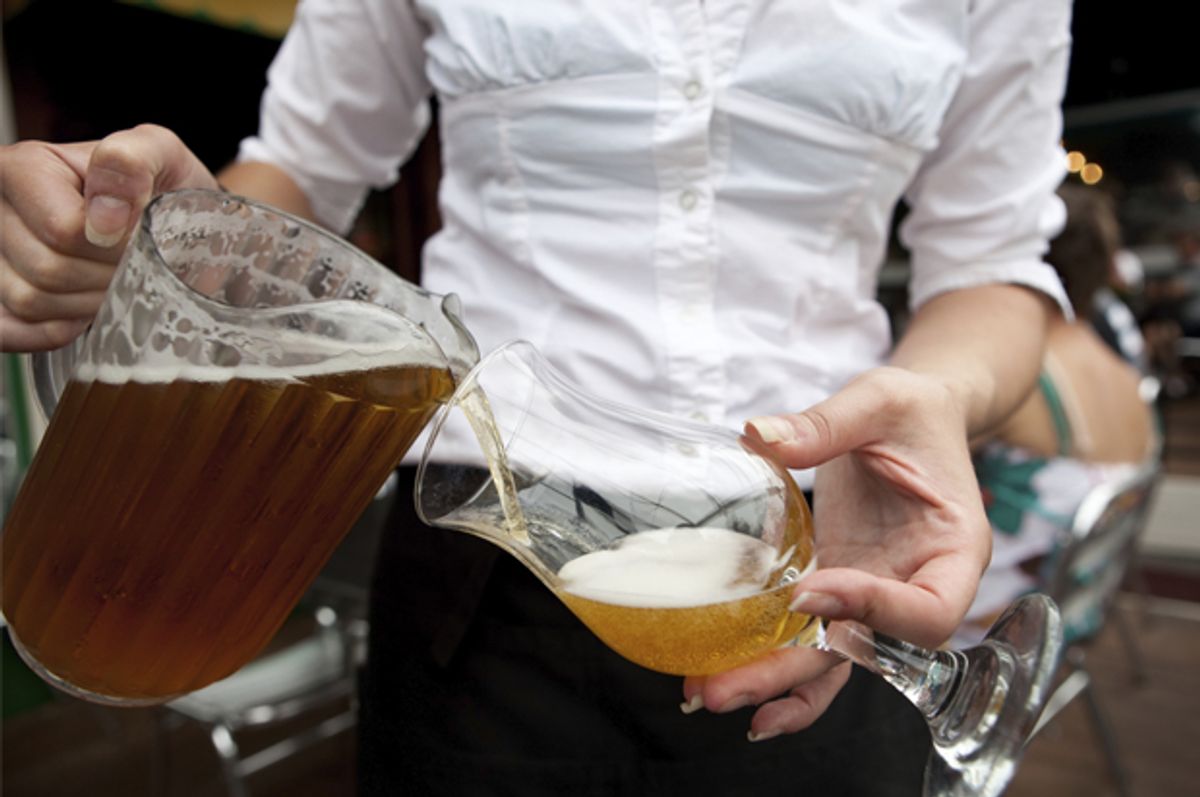 Jordan Gleason, the owner of Black Acre Brewing Company in Indianapolis, Indiana, published a scathing Facebook post about the treatment of women in the service industry after having to repeatedly ban the same 60-year-old man from the brewery's taproom for "sexist remarks."

The man "told them to their faces that that he liked looking at their tits while they washed dishes, and their asses while they were pouring drinks," Gleason wrote. "He was told to leave and not come back. He came back last month, and was told we wouldn't serve him. He came back yet again today, and when told he wouldn't be served demanded to talk to a manger."

After Gleason explained to him that the female servers "were human beings that deserved respect," the man asked if "cleavage" was "a thing anymore?"

"Men, we often don't see the level of filth that our friends, sisters, and mothers go through every day ... We live in a safe little bubble," Gleason wrote. "But the reality of this thing? It's an insidious disease that's happening every single day, several times a day and it turns my fucking stomach."

Gleason told IndyStar that feedback to the post (shared almost 25,000 times since its original posting) has been "99.999 percent supportive," with outliers mainly criticizing his "profanity."

"I chose those words because I am angry," he explained. "I can understand why someone would disagree with my language, but I think language is a tool."

This is a longer post, so bear with me...Today I had to explain to a 60 year old man why he was banned from the pub. ...