Have you had an abortion? Missouri Republicans want to know. Planned Parenthood official could be arrested for not turning over names 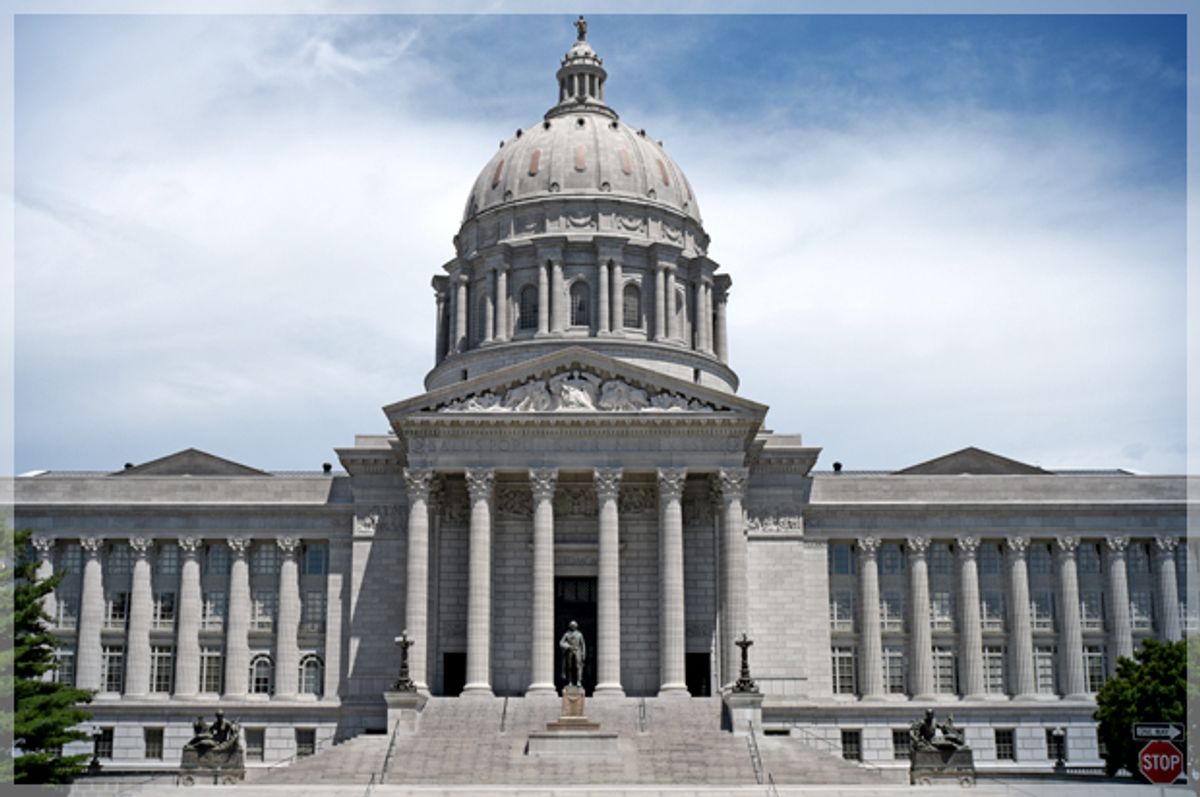 While major anti-choice activists and politicians are rushing to microphones to disingenuously declare, contra Donald Trump, that they would never try to punish women for abortions, their true punitive and frankly creepy side is coming out in Missouri. State legislators there are threatening to arrest Mary Kogut, the president and CEO of Planned Parenthood of the St. Louis Region and Southwest Missouri, because she won't turn over a list of names of women who got abortions to them. Kogut's lawyers are citing federal law protecting patient privacy to keep this list out of the hands of Republican legislators.

To be more specific, a list of consent forms signed by abortion patients has been subpoenaed by the interim Missouri State Senate Committee on the Sanctity of Life. (Yes, that is their name. I preferred the original name, the State Senate Committee of People Who Are Definitely More Moral Than You Sluts.) It's part of the ongoing witch hunt started when anti-choice activists released a series of hoax videos falsely accusing Planned Parenthood of coercing women into abortion so they could sell fetal tissue on the black market. A dozen similar investigations in other states turned up no evidence of criminal wrongdoing, which was entirely predictable, given the obvious lurid-Christian-right-urban-legend nature of the story the videos were pushing.

Under the circumstances, it's easy to see why Kogut and her colleagues at Planned Parenthood are wary of turning a list of names of women who have had abortions to these ghouls. Would you want some Bible-thumping Missouri Republican leering at your name on an abortion consent form? Especially in our day and age when having your name and a general idea where you live means it would take a few  minutes to find you on Facebook? Yeah, didn't think so.

If that sounds paranoid, well, sometimes they are out to get you. "Crucially, the committee’s document request makes no specifications about what would happen with the information after it is turned over, so there is no guarantee that the information could not be turned over to the public," Laurel Raymond at ThinkProgress writes.

Which makes sense, given the fact that this is, after all, a witch hunt based on rather obviously false and silly accusations. When you're conducting a witch hunt, you don't want restraints on what you can do with private medical records you extract out of clinics. You want some freedom and flexibility to do all sorts of things with those records, share them with all sorts of people.

Which is why this should concern us all. The anti-choice movement has a long history of both trying to access women's private information and, once they get it, using it as a weapon against women and providers. For instance, in a similar witch hunt conducted against Dr. George Tiller of Kansas in the 2000s, when the state's then attorney general, Phill Kline, conducted a four-year investigation, concluding in a trial, based on false accusations that Tiller was violating state restrictions on when later term abortions  can be performed.

As part of the investigation, Kansas authorities got, you guessed it, a pile of medical records of women who had abortions. And somehow, Bill O'Reilly got his hands on those records, or at least the private information in them. After no doubt rubbing himself with a loofah while reading about women's abortion histories, O'Reilly went on-air at Fox News and, citing and "inside source", proceeded to share details from those personal records with Fox audiences while slamming the woman for their reasons for abortion, which he didn't consider good enough.

Kline denied giving the records to O'Reilly, but he did so many other sleazy things during the witch hunt against Tiller that he was stripped of his law license by the Kansas Supreme Court.

Tiller was found not guilty, of course, but the verdict came after years of anti-choicers demagoguing about the investigation, which is why it's sadly no surprise that one of them, Scott Roeder, decided to murder Tiller in church two months later. Just in case there is any doubt exactly what kind of ethical black hole we're dealing with when talking about anti-choice activists, pundits, and politicians.

The anti-choice interest in getting those personal details on women who have abortions is a chronic problem for clinics. It's half the reason picketing clinics is a constant irritant, because, to be frank, half the reason those protesters show up is so they can leer at women they think are getting abortions. Rolling Stone reporter Alex Morris recently went to the Birmingham Planned Parenthood to research her story, and what happened to her there is indicative of the panty-sniffing tendencies of anti-choicers.

"In the few minutes I've been in the clinic, the protesters have figured out my name and address, and as soon as I come out the door, they start calling them out, loud and self-righteous, as they hold their camera phones up to my face," she writes.

One of the major reasons that the anti-choice movement has set up a series of "crisis pregnancy centers" designed to look like abortion clinics, even though they don't offer any medical care, is to lure in unsuspecting women who are seeking abortion. Typically, they have you fill out documents that look like medical intake forms, which is clearly for the purpose of compiling lists of women who have or want abortions. Once they have that information, they often keep calling women or trying to track their movements and in at least one alarming case, they even called the cops on a mother who was taking her daughter to an abortion clinics, falsely claiming she was forcing her to abort.

Missouri anti-choicers are the same nosy ghouls they are everywhere else. This is the same state that gave us Todd "Legitimate Rape" Akin, after all, and a quick perusal of the ongoing anti-choice antics in the legislature shows they haven't gotten any smarter or less misogynist. Considering that Planned Parenthood is bound by federal law not to share private patient information, they are doing the right thing in refusing to hand over a bunch of private medical records to a bunch of creepy Republicans who are trying to justify their nosiness by citing hoax videos making false accusations.