It's more crucial that a Democrat wins in November than you realize: A liberal Supreme Court could have seismic effect on American life

In The Atlantic, Erwin Chemerinsky expounds on issues the court could decide, from abortion to campaign finance 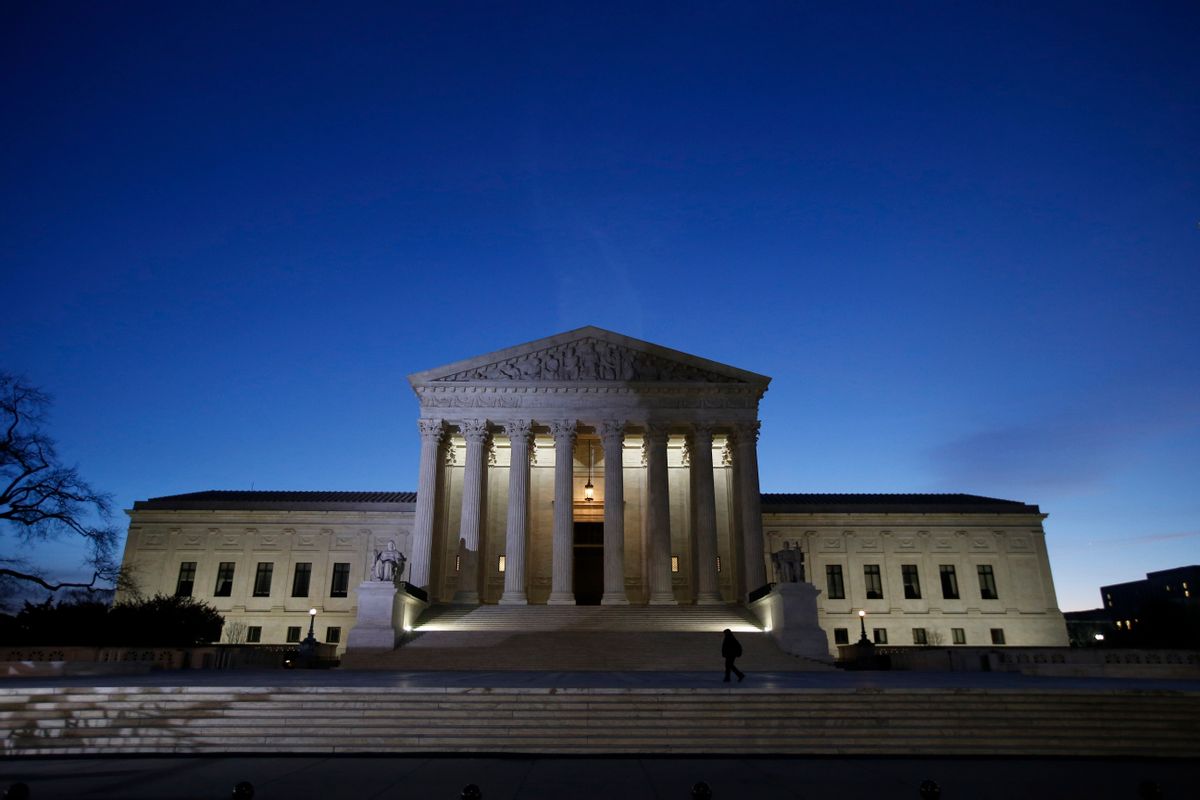 I’ve argued, to the chagrin of many Sanders supporters, that regardless of who wins the Democratic nomination, we have a moral imperative to ensure a Republican doesn’t win the White House in 2016. There are many reasons for this, but among the most important – and obvious – is the Supreme Court.

In a new piece for The Atlantic, Erwin Chemerinsky, dean of the UC Irvine School of Law, asks a critical question: What would it mean to have a liberal Supreme Court? Campaign finance, gun laws, voting rights, abortion rights – all of these are hugely consequential issues that the court could decide upon.

Against the backdrop of a Merrick Garland nomination and the very real possibility of three other vacancies to fill, the answer to Chemerinsky’s question matters a great deal. It’s been 46 years since we’ve had 5 justices appointed by a Democratic president. However unlikely it is, a Merrick Garland confirmation alone would put an end to that streak.

After decades of an increasingly conservative court, however, the potential for generational change is tantalizingly close. Issue by issue, Chemerinsky discusses what that change might look like, and which Americans it would most benefit. Here are the issues with which progressives ought to be concerned:

Roe v. Wade. “Since 2010, states have adopted about 290 laws limiting access to abortion. These statutes impose regulations on abortion providers, prohibit abortions earlier and earlier in pregnancy, restrict the use of insurance to pay for abortions, limit medicine to induce abortions, and create many other restrictions. These laws likely would not survive a review in a Court dominated by Democratic appointees.”

Affirmative Action. "While Scalia was on the Court, there were five justices who wanted to greatly restrict, or even declare unconstitutional, affirmative action by colleges and universities. A Democratic majority on the Court would ensure that educational institutions could continue to use race as one factor among many in admissions decisions to enhance diversity and benefit minorities."

Campaign Finance. "In recent years, the Roberts Court has struck down a number of federal and state laws regulating campaign finance. Most famously, in Citizens United v. Federal Election Commission in 2010, the Court held that corporations have the right to spend unlimited amounts of money to get candidates for public office elected or defeated. It is likely that a Democratic majority on the Court would overrule this highly controversial decision. Just seven years earlier, inMcConnell v. Federal Election Commission, the Court had upheld the very provisions that were declared unconstitutional in Citizens United. A Court controlled by Democratic appointees would likely overrule Citizens United and say that it is returning to its earlier approach."

Voting Rights. "Conservatives on the Court long have wanted to limit the scope of congressional power. For example, in 2013, in Shelby County, Alabama v. Holder, the Court struck down key provisions of the Voting Rights Act of 1965. This was the first time since the 19th century that the Court invalidated a federal civil-rights law dealing with race. In many states, it has led to significant new obstacles on the ability of minority voters to participate in elections. A Supreme Court with five Democrats would likely reverse this ruling and also be much more likely to uphold congressional power to regulate interstate commerce and to tax and spend for the general welfare."

Death Penalty. "In 2015, in Glossip v. Gross, Breyer wrote a dissenting opinion, joined by Ginsburg, explaining why the death penalty is unconstitutional. Most expect that Sotomayor and Kagan would come to the same conclusion if there were a fifth vote to end the death penalty."

Church and State. "With Scalia on the Court, there were five justices who rejected the idea of a separation of church and state, and were likely to uphold religious involvement in government and government support for religious institutions. For example, in 2014, in Town of Greece v. Galloway, the Court, in a 5-4 decision, held that it was constitutional for a town council to have Christian clergy members delivering Christian prayers virtually every month for almost a decade. A Court with a majority appointed by Democratic presidents is far more likely to strike down religious prayers at government functions, religious symbols on government property, and government support for religious schools."

Gun Laws. "Until 2008, not once did the Supreme Court find a law to violate the Second Amendment. Then, in District of Columbia v. Heller, the Court, by a 5-4 margin, declared unconstitutional a 35-year-old District of Columbia ordinance that prohibited private ownership or possession of handguns. Scalia wrote the opinion for the Court. A Supreme Court bench with five Democratic appointees will not extend this protection for gun rights and likely would overrule it, returning to the view that the Second Amendment protects only a right to have guns for the purpose of militia service."

This list isn't exhaustive, but the point is obvious enough: If you've any interest in promoting progressive policies, the stakes of this election couldn't be higher. The conversation on the left has centered on which of the two Democratic candidates are the most progressive. The question itself is problematic, involving as it does a debate about what constitutes a progressive, but there's little doubt that Sanders record is undeniably more liberal than Clinton's.

Even if you believe, as I do, that Sanders is the better option, the fact remains: Hillary Clinton is preferable to any conceivable Republican candidate. For all the reasons above, the balance of the Supreme Court alone is a sufficient reason to oppose a Republican administration. However awful you find Hillary, the country can sustain another Clinton administration. But another generation of right-wing extremism on the Supreme Court - that I'm not so sure of.