Progressive ideas need to be pushed through organizing the party and pushing legislation, not outsider rebellion 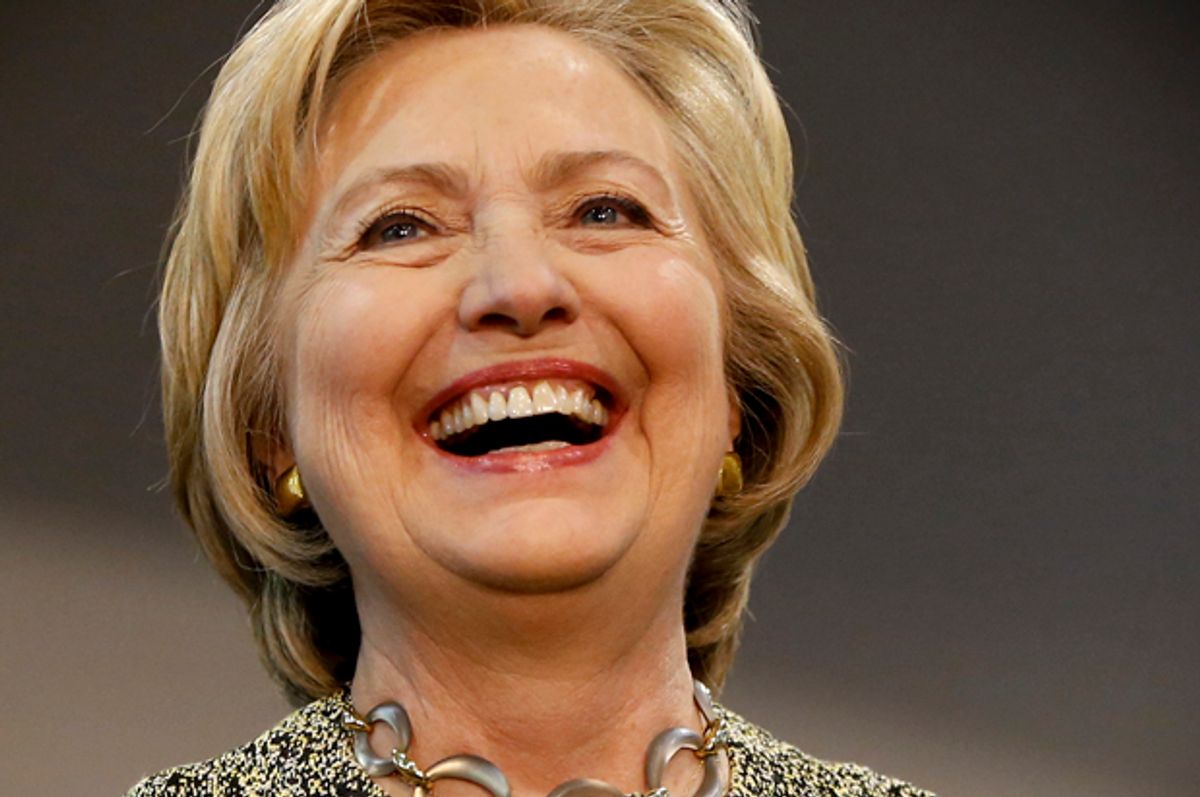 Barring some kind of miracle landslide wins in New York and California's primaries, it looks like the Bernie Sanders campaign is going to lose the race for the Democratic nomination. So now we're onto the phase where his supporters argue that even though he lost the primary, he is still the winner anyway, of some large and abstract and noble battle beyond the griminess of the polls.

Enter Lincoln Mitchell of the Observer, in a piece titled "Hillary Clinton Represents the Last Hurrah for Centrist Democrats." It's a standard we-may-lose-the-battle-but-we-will-win-the-war kind of piece.

"All primaries divide voters into different camps, but the divisions this year could endure because of the ideological break with the Democrats past for which Mr. Sanders is calling," Mitchell writes, in part because "large segments of the party’s base, skewing younger and whiter, have moved significantly to the left of the party establishment." So Clinton wins, but she doesn't really win, because tomorrow is another day, etc. etc.

Mitchell isn't wrong that left-leaning Americans have been drifting leftward, but trying to turn that into a triumphalist narrative of Sanders over the evil centrists is just wrong-headed. If anything, the Sanders campaign is a throwback, recycling 90s-era complaints about neoliberalism and claims that the Democratic party is so hopelessly corrupt that only an outsider with no loyalties to the party can fix it. It's as if the past two decades haven't even happened.

The reality is that Clinton's campaign is much more representative of the liberalization trend than Sanders is. Despite the loud honking about centrism and DINOs coming from the Sanders camp, the truth is that the Democratic party is not a cluster of recalcitrant centrists and conservatives. The Democrats have been drifting leftward for decades now. Not as fast as the Republicans have been drifting rightward, because that's impossible, but, even though it might be hard for Sanders fans to swallow, the movement to the left has been quite steady.

Clinton herself is part of this trend, with a Senate record that put her in the top third of most liberal Democrats, and even to the left of President Obama. She's certainly more liberal than her husband, in part because her career as a politician started when his ended, meaning that she's tracked left as the party has on issues like gay marriage and immigration. No wonder she voted with Sanders 93% of the time.

In other words, Sanders didn't make what he calls socialism "an acceptable idea to a good chunk of the electorate," as Mitchell would have you believe. On the contrary, there's been a long, if boring, takeover of the Democratic party by the liberal wing, represented by Clinton and Obama, and Sanders is reaping the benefit of the mainstreaming of liberalism.

While the Sanders base is appealingly young, there is a major problem with the assumption that his base represents some kind of demographic future: They aren't particularly diverse. On the contrary, the Sanders base looks disturbingly like the Republican base, dominated by white men. Clinton has won women in all but three states: New Hampshire, Vermont, and Wisconsin, and in Wisconsin, Sanders only got 50% of women. Clinton continues to crush with black voters and is doing much better than Sanders with Hispanic voters, as well.

The youth vote thing then might be less an indicator of some seismic shift and more just a result of young people being more open to Sanders's rhetoric about changing from the outside than the inside. Which makes sense, as young people are more likely to feel outside of systems than older people.

Mitchell ignores the gender gap, but acknowledges that Clinton's popularity with black voters is a fly in his revolutionary ointment. And so he falls back on that ugly habit so many Sanders boosters have of assuming that it whatever appeal Clinton has, it couldn't possibly be that her supporters actually like her. It might be "her surname and her husband’s popularity", he writes or it might be that Sanders "has not worked hard enough in African American communities".

The possibility that Clinton supporters might think she's good at her job and has more to offer than Sanders isn't even considered. He's got the white guys, and so if everyone else isn't falling in line, apparently, it must be that they don't know enough or aren't on "the cutting edge of a political revolution," as Mitchell says.

On the gender front, the Monkey Cage pored over the data regarding the age gap between Democratic women — older women are more pro-Clinton, younger women more pro-Sanders — to see if it really is an age thing or if something else is going on. The results complicate the notion that older voters are supporting Clinton out of some kind of conservatism. On the contrary, it suggests that Clinton support is tied strongly to being more liberal on issues of gender justice.

What the researchers found was women who had faced sexism in their own professional lives were more likely to support Clinton. The older you are, the more likely you've dealt with gender injustice, either from having a childcare conflict or from facing discrimination at work, leading to greater levels of Clinton support in those age groups. But for women in the 18-29 age group, having experienced discrimination or childcare conflicts also led to greater levels of support. All in all, it suggests not that Clinton supporters are more conservative at all, but that they are more liberal and tuned into the issue of gender inequality.

While I couldn't find a similar study on black voters and Clinton, but many experts believe that that long historical experience has created what Jonathan Chait calls a "pragmatic tradition" amongst black voters.

"They recognize that the other side votes, too, and, having lowered expectations of what is possible in the face of a divided country, recognize that progress will be incremental and weighed down by compromise," Chait writes. Or, to put it in more optimistic terms, they know from long history that change is only possible by working the system and that talk about revolution and smashing the system is fun, change only comes from organizing and working within the party system.

So no, Clinton supporters aren't conservatives and they aren't fools who are laboring under false consciousness. They are progressives, in some cases (such as on gender) even more progressive than Sanders supporters. They simply believe that the path to effective change is through organizing the party, winning elections and pushing the party to the left.

Sanders, who self-identifies as a democratic socialist rather than Democrat, doesn't even seem that interested in the multi-decade project of using the Democratic party to push the country to the left. Odds are high that once he folds his cards, the entire movement behind his dissipates. Some people in it will continue to do progressive work, but most were already doing that already. And we'll all return to a system that, while slow and imperfect, at least has half a chance of working: Using the Democratic party as a vehicle to press for progressive policies. Which is why Clinton, like Obama before her, represents what the actual future of progressivism looks like.