"There is Kryptonite for Donald Trump": Rachel Maddow dishes on the ideal way to handle the GOP front-runner 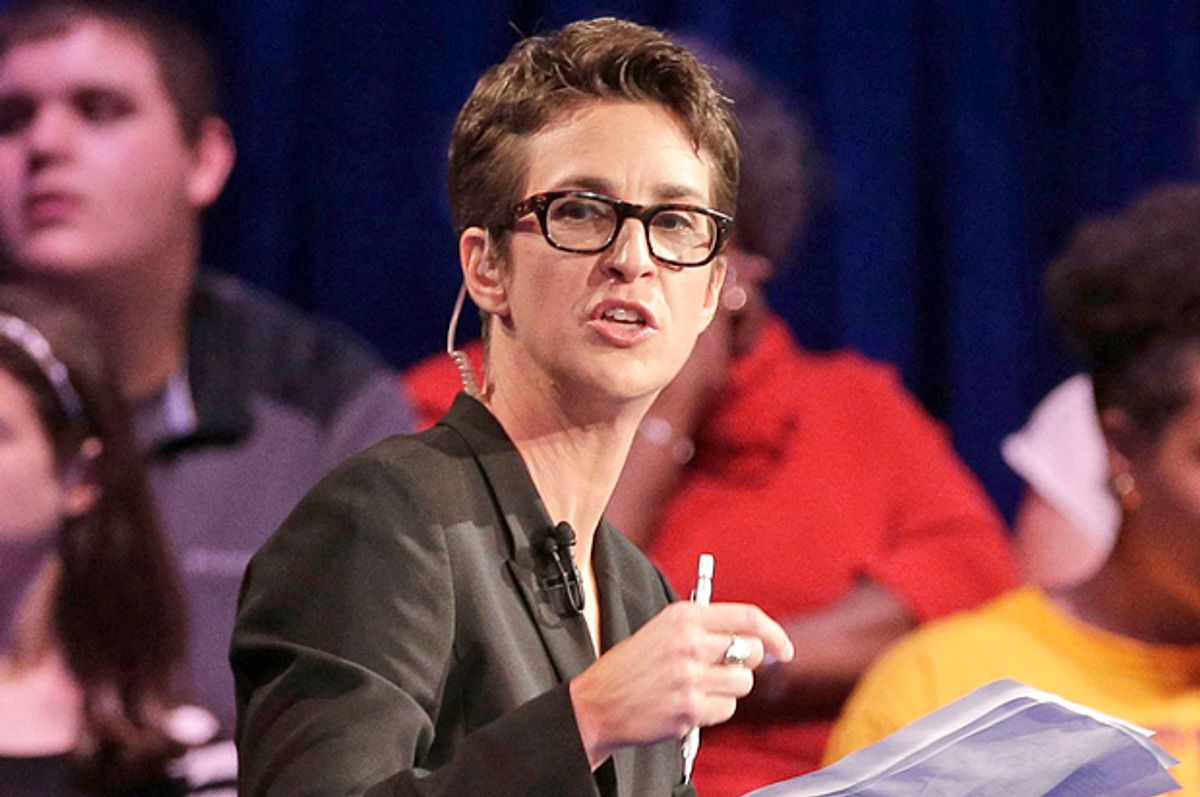 Rachel Maddow recently sat down for an interview with Slate contributor Isaac Chotiner in which she outlined, among other things, the ideal way to handle a candidate like Republican front-runner Donald Trump.

"I think that it is much more valuable to show and explain what he is doing than to host people responding to him or reacting to him," she said. "I feel like there’s a lot of useless media ink and airtime being wasted on people expressing themselves about Donald Trump, which is essentially just creating more of a cultural dynamic around him rather than helping people understand what he’s doing and see what’s important about it."

Maddow told Chotiner that, ideally, he would be covered using "a documentary approach" instead of a commentary one. That said, she added, "I absolutely hear it when people complain that Trump gets too much time on television, but I do think it can at least be explained, if not excused."

"It’s part of his campaign style to be unpredictable, to not always say the same thing. Yeah, he does have a stump speech. That’s true of any candidate, but in addition to the stump speech repetition and that sort of discipline, his indiscipline, or at least his willingness to say unexpected things and go unexpectedly shocking places at unpredictable times, means that it’s worth it to have a camera there whenever he’s talking."

Chotiner noted that "certainly on CNN, certainly on Fox News shows not hosted by Megyn Kelly, certainly on Morning Joe, it just feels like [Trump]’s not been held to account for some of his more grotesque statements." Maddow replied that it's difficult to ask a candidate as evasive as Trump difficult questions, which is why she enjoyed his town-hall with her MSNBC colleague Chris Matthews.

"He’s a guy who is completely willing to jump in not just at a time when other people might hold back, but jump in repeatedly as a way of turning the conversation into a constructive place when it has stalled or when he can predict where you’re going," she said. "That impatience on his part makes him seem like this kinetic guy who’s very different than everybody else on TV, but that apparently is the Kryptonite for interviewing Trump."

"Pathological liars should all go to Chris Matthews for interviews," Chotiner replied.

Read the rest of Chotiner's interview with Maddow at Slate...