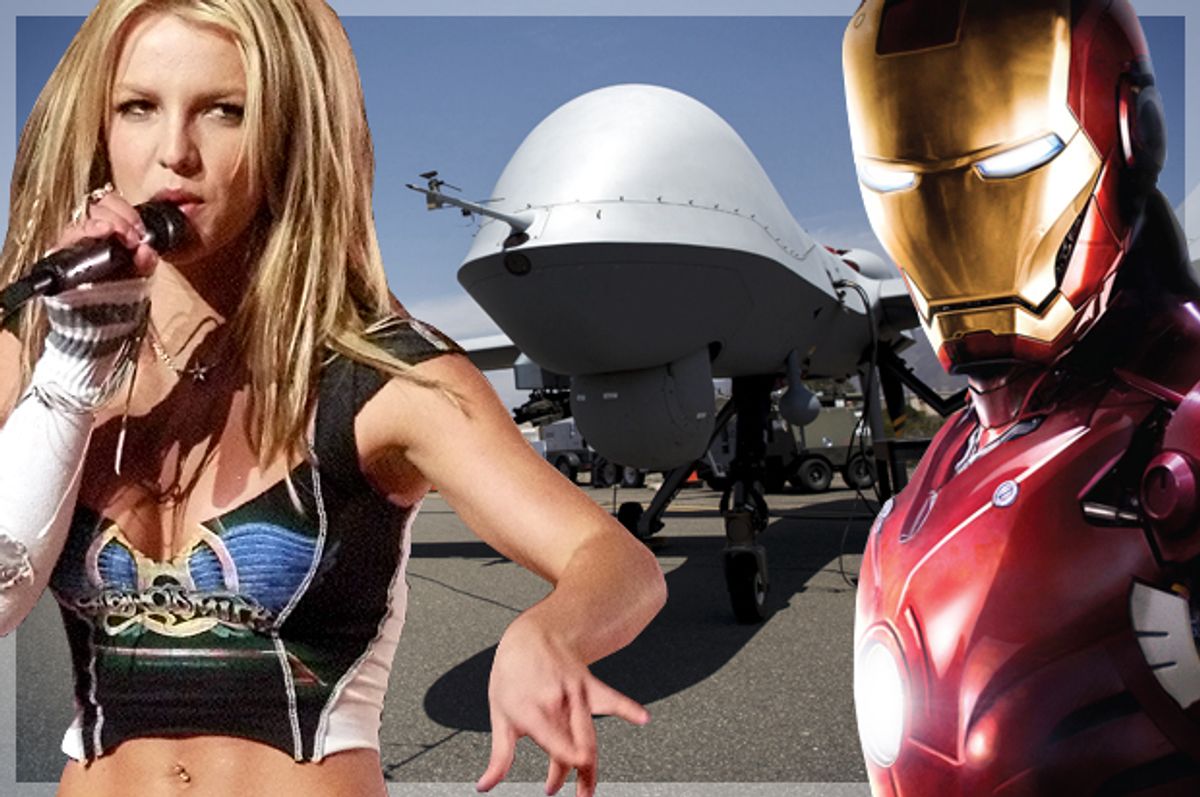 An explosive new report by British human rights organization Reprieve details how the U.K. has worked with the U.S. in its drone program for well over a decade, creating a similar secretive Kill List.

"Britain conspired in a U.S.-inspired Kill List soon after 9/11," the report reveals. "Starting in 2002, working closely with the Americans, Britain had played a leading role in the euphemistic Joint Prioritized Effective List."

Titled "Britain's Kill List," the ambitious 57-page report documents how the U.K. joined the U.S. in killing targets not only in war zones, but even in allied countries such as Pakistan, where they are not at war.

Although the drone program is justified in the name of the so-called War on Terror, the report also shows that the British government not only targeted alleged militants, but also people suspected of being involved in drug trafficking.

One of the most intriguing revelations in the report, however, is how British authorities created infantile nicknames for assassination targets.

"Some people who are slated for what may be instant death by a Hellfire missile are codenamed based on pornography stars, or prophylactics; some are cartoon characters; some are musicians and actors who might well object to having their names used on a Kill List," Reprieve writes.

Among the names given to targets are musicians and bands including Britney Spears, Drake, Johnny Cash, Kiss, Motley Crue, Black Sabbath and The Eurythmics.

These celebrities are joined by actors such as Katherine Hepburn, Paul Newman and Robert Redford; along with fictional characters such as Garfield, Iron Man, Krusty the Clown, Newman from "Seinfeld" and the cast of the movie "Anchorman."

Others targets are named after wrestlers; drugs, including a strain of marijuana; and candy, such as Starburst, Snickers and more.

"The naming process of the 'targets' on the Kill List is extraordinary and would, as the serviceman suggests, horrify the public — for the dehumanisation of the process, as well as the puerile quality of the nomenclature," Reprieve writes.

The report also shows how the British government has lied about these activities.

In September 2015, Prime Minister David Cameron announced in Parliament what he claimed was a "new departure," which Reprieve describes as a "policy of killing individuals the Security Services and the military do not like, people placed on a list of individuals who the U.K. (acting along with the U.S. and others) have identified and systematically plan to kill."

"The mere admission that there is a Kill List certainly should, indeed, have been a 'departure' for a country that prides itself on decency," Reprieve commented.

It added, "Unfortunately, it was not a 'new departure' at all, as we had been doing it secretly for more than a decade."

A recent investigation by VICE News likewise exposed how the U.K. played a "critical" role in the U.S. drone program in Yemen, despite the fact that the British government repeatedly denied allegations that it was involved.

An unknown number of Yemeni civilians were killed in these strikes. Among them was Nasser Salim, a 19-year-old student who his family said was "torn to pieces."

Clive Stafford Smith, the director of Reprieve, said in a statement, “For a country that loudly proclaims its opposition to the death penalty even after a fair trial, the hypocrisy is stunning: now we know that U.K. authorities are deeply involved in executing all kinds of people, including alleged drug dealers, without a trial at all."

"If democracy means anything at all, the prime minister must order a full and transparent inquiry into the UK Kill List, starting immediately," he added.

For well over a decade, the U.S. has carried out a secretive drone war in numerous countries with which it is not officially at war.

The Bureau of Investigative Journalism has documented hundreds and perhaps as many as thousands of civilians killed in the secretive U.S. drone war.

The Obama administration has maintained a Kill List for years. The president personally approves targets on the list, which is euphemistically referred to as the "disposition matrix."

Reprieve warns policies such as these only help fuel extremism, not fight it. Numerous experts have said the same. Even retired Army Lieutenant General Michael T. Flynn, the head of intelligence for the Joint Special Operations Command, the U.S. military unit that oversees that very program, has admitted as much.

The rights group's report opens with a 1758 quote from Swiss philosopher Emer de Vattel, who said “The sovereign who makes use of such execrable means should be regarded as an enemy of the human race.”

"If there is one lesson we should have learned in the American-led 'Global War on Terror,' declared by President George W. Bush in response to 9/11, it is this: It is dangerous to jettison decades of gradual evolution of human rights and the rule of law in the heat of the emotional moment," Reprieve writes in the report.

"Detention without trial in Guantanámo Bay, and torture in Abu Ghraib, were recruiting sergeants for extremism. Rendition (a euphemism for kidnapping) drained away goodwill. Droning villages in Pakistan’s tribal areas turned the United States into the region’s most hated nation. And then invading Iraq without a U.N. resolution helped to create chaos in the Middle East."

It continues: "Lacking any transparency, so much of the official justification of these dreadful policies was essentially propaganda. The detainees in Guantanámo Bay were not the 'worst of the worst' terrorists in the world, as promised by U.S. Secretary of Defense Donald Rumsfeld: it took several years, but when lawyers eventually reached the prison base, more then 9-in-10 were cleared as 'no threat to the U.S. or its allies.'"

"Far from the marvellously precise killing machines that were loudly advertised by their proponents, the drones in Pakistan killed an average of nine innocent children for each 'High Value Target' singled out for death," Reprieve adds.

"Every time the U.S. has encouraged the world to renounce our basic principles — and the U.K. has followed —  our hypocrisy has served as the yeast that fomented further radicalism."