They thought Bono's theory of having Amy Schumer fight ISIS with humor was ridiculous, then proved it correct 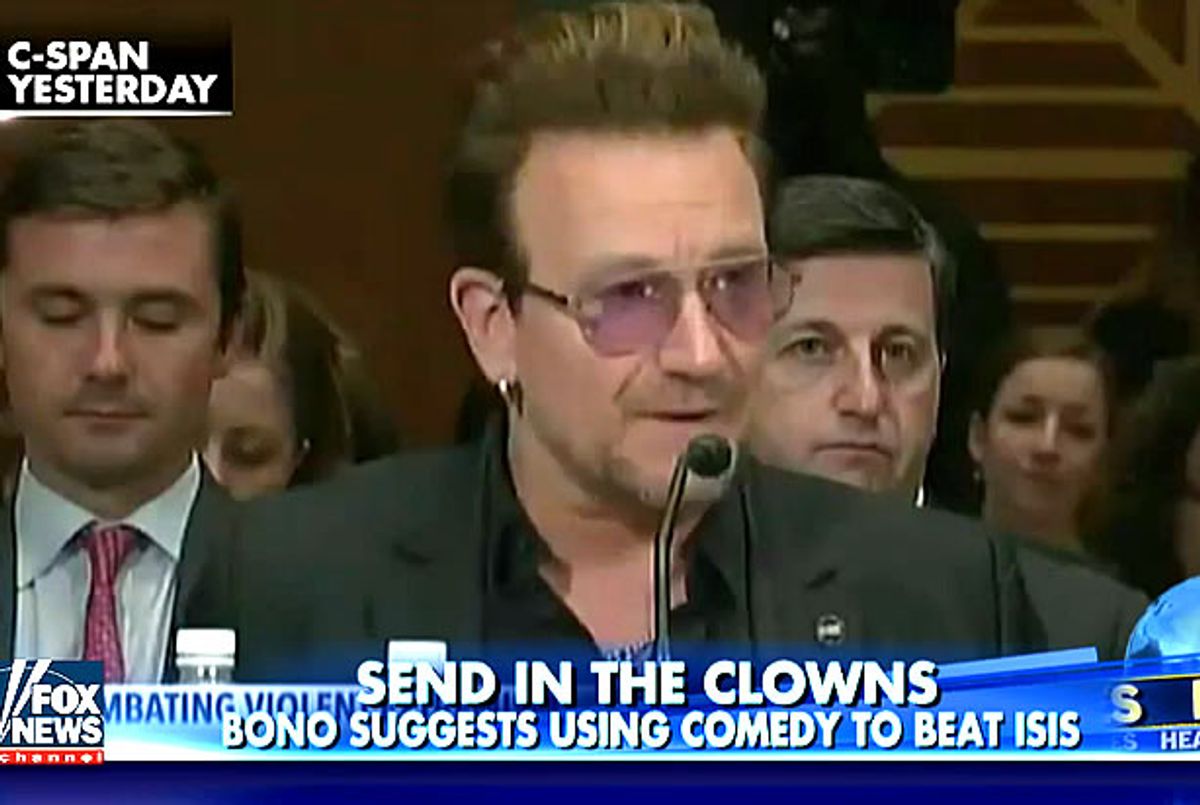 It goes without saying that the folks over at Fox & Friends aren't too bright -- but you'd think they were bright enough to understand that you shouldn't prove the theory you believe to be absurd is actually quite sound by demonstrating its effectiveness.

U2's Bono appeared before a Senate subcommittee on Tuesday to discuss the refugee crisis and terrorism generally. After urging the need for structural reform, he offered a novel alternative to fighting Islamic extremism with violence: comedy.

"Don't laugh," he said, "but I think comedy should be deployed. If you speak violence, you speak their language. But if you laugh at them when they're goose-stepping down the street, and it takes away their power."

"So, I am suggesting that the Senate send in Amy Schumer and Chris Rock and Sacha Baron Cohen."

To which Schumer reacted:

The folks at Fox & Friends thought the theory absurd and openly mocked it, thereby demonstrating that mockery is, in fact, a suitable weapon to use against one's ideological opponents.