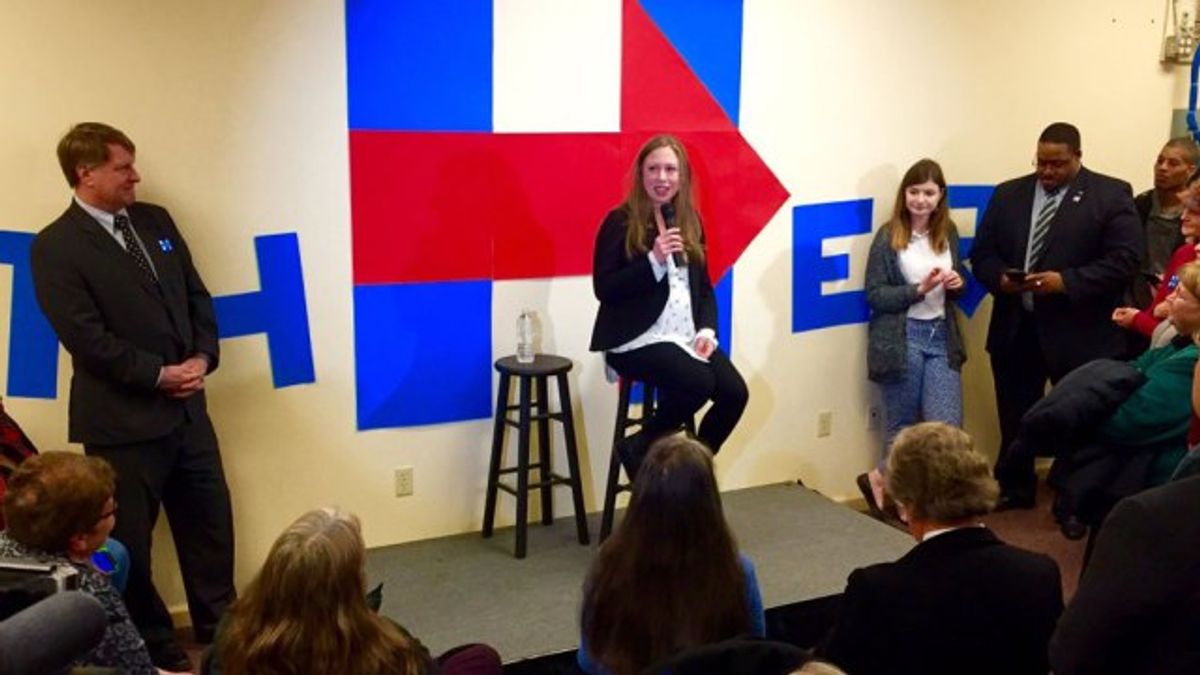 Black Lives Matters activists in Pennsylvania are giving the Clinton campaign no passes, popping up at Clinton campaign stops across the state to vocally protest Bill Clinton's problematic legacy in the African-American community, even targeting daughter and surrogate to her mother, Chelsea Clinton.

Needless to say, the entire room of about 100 Clinton supporters appeared so shocked that Johnson was able to shout out “Blood on her hands!” before eventually being drowned out by the crowd who chanted, "Hillary!" "Hillary!":

Of course, Bill Clinton was also interrupted by Black Lives Matters protesters in Pennsylvania who held signs that read "Hillary is a murderer!" and “Black youth are not super predators,” last week. The former president took a remarkably different tone with the protesters than his daughter did, scolding protesters for disrupting his speech in Philadelphia and lecturing the activists about black support for his welfare reform and tough on crime efforts in the 1990s. Read what the activists who confronted the former president last week told Salon in an exclusive interview here.

“If we’re gonna ask African Americans to vote for us we cannot take you or your vote for granted,” Clinton told the African-American activists, alluding to her rival, Bernie Sanders', underperformance with African-American voters. "We can't just show up at election time and say the right thing and think that is enough. We can’t start building relationships a few weeks before a vote.”