Bernie at the Vatican: Sanders lauds Pope Francis, highlights economic inequality and the plight of the poor in address to officials 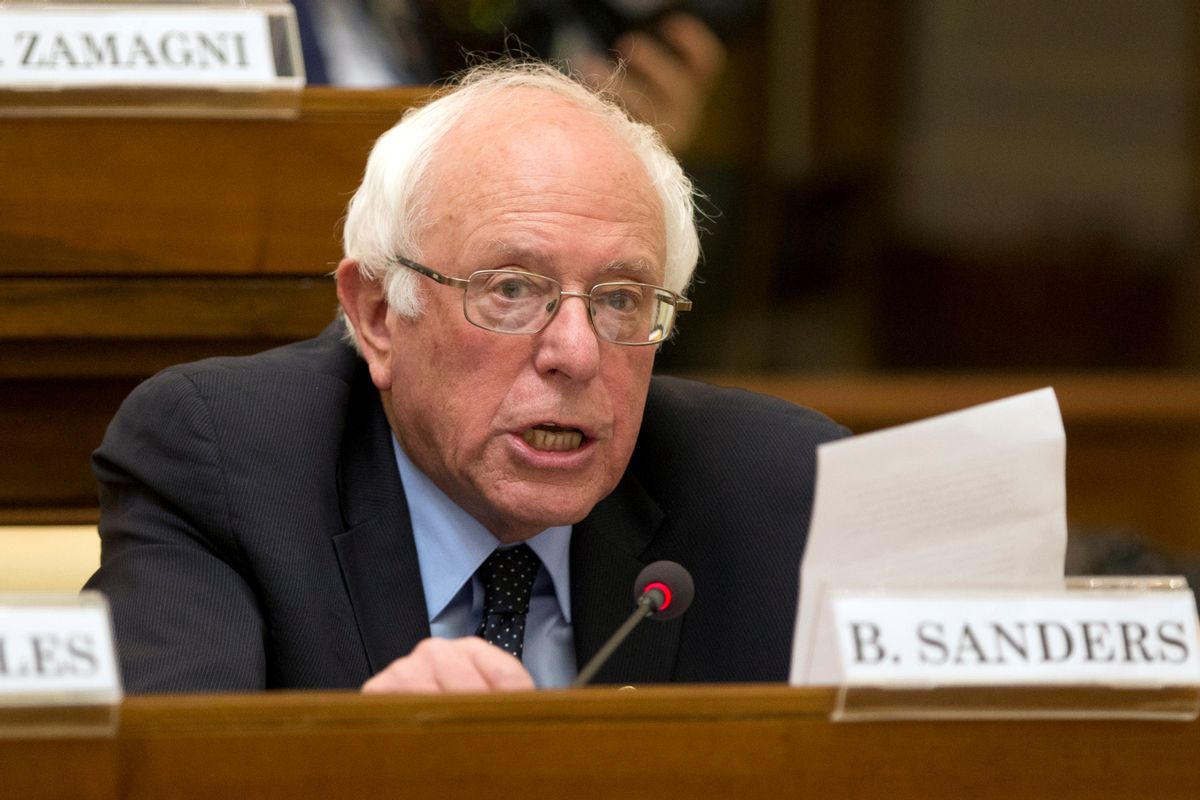 Bernie Sanders speaks during a conference at the Vatican (Reuters)
--

Just hours after Thursday's Democratic presidential debate in Brooklyn, Bernie Sanders delivered a speech in Vatican City on Friday. In his address to an academic conference of Vatican officials, Sanders discussed issues of inequality that have been central to his campaign message.

“Over a century ago, Pope Leo XIII highlighted economic issues and challenges in Rerum Novarum that continue to haunt us today, such as what he called ’the enormous wealth of a few as opposed to the poverty of the many," Sanders reportedly said in the closed-door meeting. "That situation is worse today. In the year 2016, the top one percent of the people on this planet own more wealth than the bottom 99 percent, while the wealthiest 60 people — 60 people — own more than the bottom half: three and a half billion people."

“There are few places in modern thought that rival the depth and insight of the Church’s moral teachings on the market economy,” Sanders said.

“The essential wisdom of Centesimus Annus is this," said Sanders, referencing the encyclical by Pope John Paul II that the conference was held to celebrate. "A market economy is beneficial for productivity and economic freedom. But if we let the quest for profits dominate society; if workers become disposable cogs of the financial system; if vast inequalities of power and wealth lead to marginalization of the poor and the powerless."

Although Sanders reportedly will not meet with Pope Francis, he had nothing but kind words for the Catholic leader, commenting to reporters outside the conference: "I have been enormously impressed by Pope Francis speaking out and his visionary views about creating a moral economy, an economy that works for all people, not just the people on top."

The Vermont senator's decision to leave New York just days before its critical primary contest raised some eyebrows among political commentators, but even in Italy, Sanders stuck to his campaign's populist message. "We are seeing a handful of very, very wealthy people become wealthier while most people are becoming poorer," he said.

Some supporters showed up to greet Sanders at the Vatican: