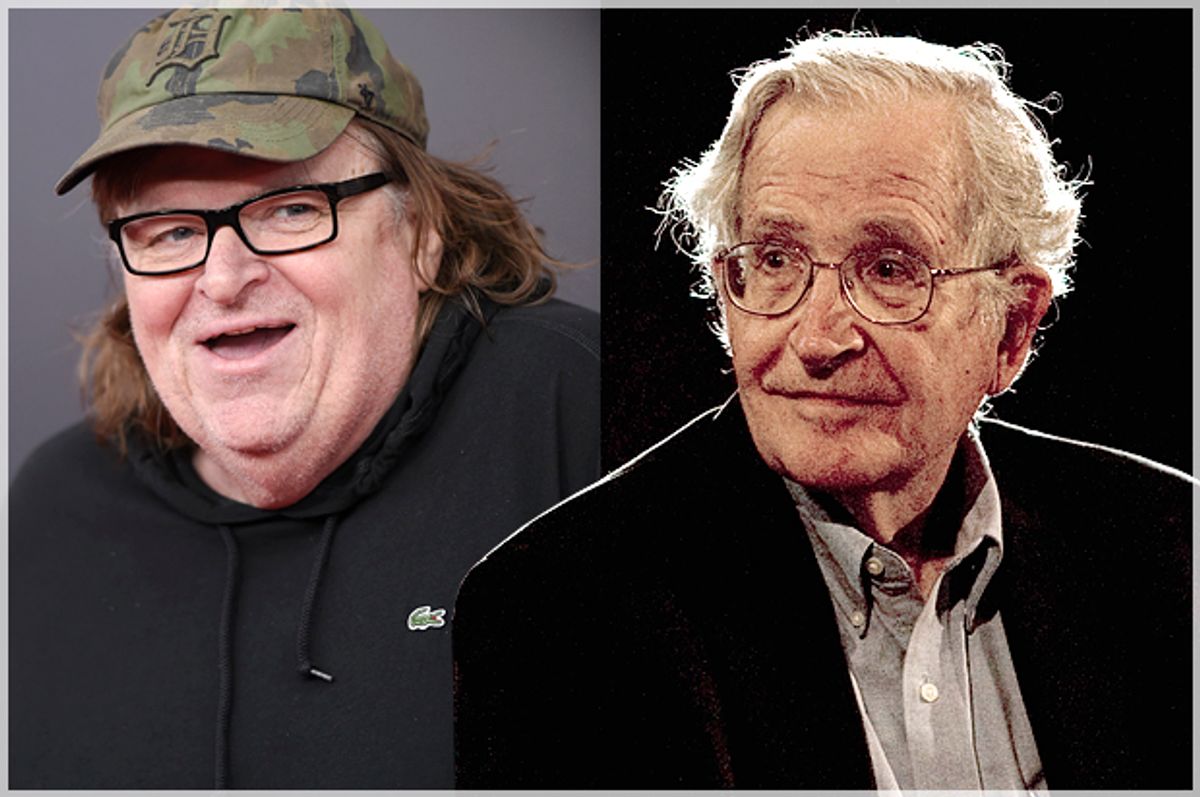 In an article titled “Islam and the Radical West" published in the Wall Street Journal, columnist Bret Stephens raises the important issue of the radicalization of Western Muslims. But as far as responsible and informed journalism goes, the piece’s credibility ends there. Stephens goes on to make a number of stereotypical and weakly supported claims regarding Islam while taking amateurish pot shots at some of America’s most important thinkers, including Noam Chomsky.

Although Stephens does not have the temerity to make the statement outright, he essentially tries to label Chomsky and many in the U.S. media terrorists. This might be a popular argument amongst those who find the free press an annoyance, but for those who value Enlightenment ideals it is nonsense. Moreover, attempts to smear the great political revolutionary Frantz Fanon without giving a smidgen of context regarding the legacy of brutal colonial rule in Africa that Fanon resisted are consistent with the dangerous American tradition of ignoring history.  In this sense it would be safe to say that Stephens has much more in common with the imperial administrators who would silence a Fanon than an American journalist upholding the First Amendment.

In the second paragraph of the piece Stephens plays the role of the pure Westerner in the company of irrational Easterners. In a description that Edward Said would find trite, Stephens recounts a “chat” he had with three Muslim men at Heathrow Airport on their way to do “charity” work in Pakistan. He writes, “They dressed in white shalwar kameez, wore their beards in salafist style and spoke in south London accents.” And when these Muslims wanted to discuss the recently released Michael Moore film "Fahrenheit 9/11" our noble hero “avoided furnishing an opinion about a film they plainly revered.”

Stephens' attempt to link Moore with Islamic terrorism is sophomoric at best. The fact that he thinks about this “chat” with the Muslim men “whenever the subject of Islamist radicalization comes up” is either a lie or the product of willful ignorance concerning U.S. and European history. Astonishingly, Stephens attempts to connect Chomsky and Fanon and a “news diet heavy with reports of perfidy by American or British or Israeli soldiers” to influencing the “mind-set of jihadists.” Bringing delusion to a new level, Stephens opines, “If Islamism is their ideological drug of choice, the political orthodoxies of the modern left are their gateway to it.”

Perhaps Stephens was absent that day in high school when European and American imperialism were covered. Any thinking person with a rudimentary understanding of the British Empire, U.S. actions in South America and South Asia (not to mention slavery and the destruction of Native Americans), the Sykes-Picot Agreement, the Balfour Declaration, and Belgian atrocities in the Congo that left 10 million dead, certainly does not need Noam Chomsky or Michael Moore to “radicalize” them. In fact, if citizens – Muslim, Christian, Jewish, atheist - are not appalled by simply opening a European or U.S. History text, something is seriously wrong with humanity.

Later in the piece, Stephens takes aim at the “political” message of jihadi media and unwittingly reveals the root of Islamic extremism. Quoting al Qaeda Commander Qassim Ar-Reimy, he marvels at the commander asking if “meddling in our affairs and installing whomever tyrant agents and lackeys you want to kill and oppress [is] forgivable?” He continues to quote Ar-Reimy: “Leave us with our religion, land and nations and mind your own internal affairs… Save your economy, look after your concerns, for it is better than what you currently are.”

Stephens correctly states that this is not “the language of Islam” but that of the progressive left. He fails to mention it is also the language of Christ, Gandhi, Mandela and other revolutionaries who sought to rid their lands of foreign occupiers. One wonders if Stephens has ever bothered to read Jefferson’s "Declaration of Independence." If he had, he would probably consider Jefferson a terrorist, too, for stating “when a long train of abuses and usurpations, pursuing invariably the same Object, evinces a design to reduce them under absolute Despotism, it is their right, it is their duty, to throw off such Government, and to provide new Guards for their security.”

History is history. Noam Chomsky, Michael Moore and other courageous journalists should not be lambasted for reporting the facts. That the record is smeared in blood, corruption and oppression is not the fault of those who report it. The concept that Stephens cites of “commodification of dissent,” or that liberals are cashing in by turning “all kinds of countercultural beliefs and radical ideas into just another product in a box,” is sad commentary on what he and his ilk think about the “marketplace of ideas.”

In the only attempt to provide concrete evidence of progressive left “perfidy,” Stephens indicates that "Fahrenheit 9/11" grossed $222.5 million. But he fails to address the “commodification of violence” that epitomizes the history of mercantilism, imperialism and slavery and lives on in the form of the military-industrial complex that cost U.S. taxpayers $601 billion in 2015. If Stephens wants to put journalists who address this issue in the “Blame America First” crowd, so be it. But they really belong in the crowd of those who love their country, recognize its wrongs and work to make it a “more perfect Union.”

Stephens’ article reveals a disturbing trend in U.S. thought: the move away from critical thinking that addresses uncomfortable truths toward a system that links dissent with disloyalty. It appears that Stephens would rather have the U.S. citizenry not think and label those who do as terrorists. As the late great comedian George Carlin stated, and Stephens would surely agree, “I do this real moron thing, and it's called thinking. And apparently I'm not a very good American because I like to form my own opinions.”

Readers should recognize articles like “Islam and the Radical West” for what they are: reckless attacks on those who dare to tell the truth.