Having less fun in bed: 5 ways your sleep habits can sabotage your relationship 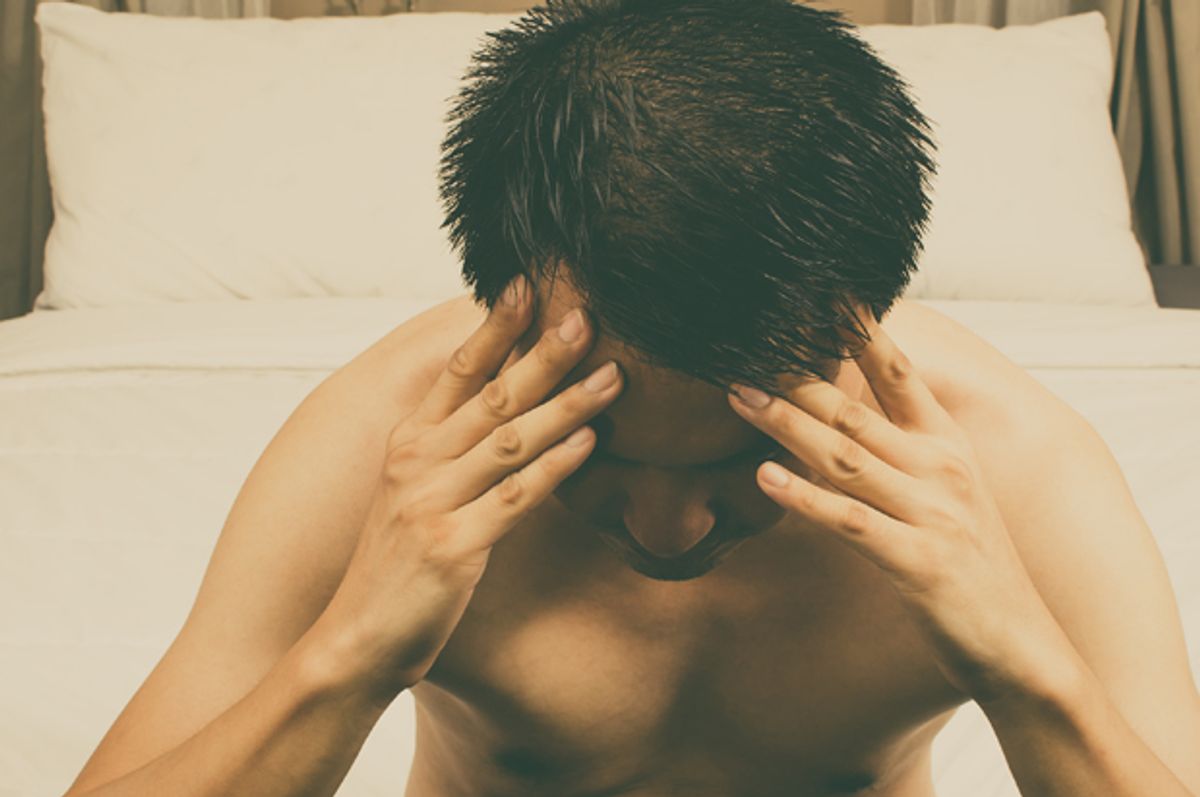 There are two big S’s we tend to associate with bedroom activities: Sleep and sex. For those with live-in partners, sex is a nice preamble to sleep, partly for physiological reasons. That may be because sex helps boost the production of oxytocin, the “bonding hormone,” and decreases the production of cortisol, the “stress hormone.” The combination leaves the body both relaxed and ready for bed. Unfortunately, what we do while under that sleep spell can pull our partners out from under theirs. And that can cause problems in an otherwise happy relationship.

We spoke with Bruce Corser, medical director of the Sleep Management Institute in Cincinnati, Ohio, about some of the most common problems couples bring into his office. Read on to see what they are and how to avoid them.

According to Corser, around 59% of people involved in a relationship say their sleeping partner snores. Twenty-three percent of couples say they sleep in separate beds because of it. And that's a huge bummer. Like sex, sleeping next to someone increases our levels of oxytocin and helps bring couples closer together. Others believe that co-sleeping helps couples become more communicative with one another. Still, nothing disrupts sleep quite like a human jet-engine blasting into your ear. And while we don’t want to point fingers, science says the majority of snorers tend to be men. Corser says that probably has something to do with the fact that estrogen can actually protect against snore-causing conditions like sleep apnea.

Most of us can tolerate some degree of snoring. According to Corser, the average snorer does so at around 40 decibels (or dB, the unit we use to measure noise). If you’re looking for a point of reference, normal talking measures around 60 dB, and a vacuum cleaner around 70 dB. But when the volume exceeds that level, problems tend to pop up. Corser told us he’s seen some patients snore at a level of 100 dB or higher. That’s roughly as loud as a chainsaw. And that presents problems beyond interrupted sleep. Snoring at that level can actually lead to hearing loss in both the snorer and his partner. So before you do any permanent damage, you might want to book an appointment at your local sleep clinic. Corser says the best predictor of whether someone will use a snore-reducing device is if they have a bed partner.

Society tends to place people into categories, and the sleep scene is no different. If you’re an early riser, you’d probably be called a lark. If you tend to stay up past midnight, the bird metaphor for you is an owl. If you fall somewhere in the middle, you can call yourself a hummingbird. While different lifestyles lend themselves to different sleep schedules, there is another factor involved: genetics. A study conducted by geneticists from the University of Leicester found there are upward of 80 genes that can influence our sleep patterns. If you and your partner find yourselves on opposite schedules, someone’s going to have to make some changes. And since the idea of staying up late isn’t exactly conducive to the typical American work schedule, the bulk of that responsibility tends to fall on the owls.

Corser suggests those trying to get to bed early avoid bright lights, including screens like cell phones, tablets or television. “Bright light will delay the brain’s production of melatonin, the hormone that facilitates sleep, “says Corser. Those who can’t stay away from their cell before bed might think about downloading an app (yes, they actually exist) that helps filter out some of the more disruptive forms of light emitted by the screen.

If you have a tendency to jerk around in your sleep, you may have been the recipient of lines like one a former bed partner used on me, which went something like, “Stop. Fucking. Moving.” Not exactly sweet nothings. Sometimes, it’s just a matter of getting comfortable. But other times, our movements are due to something a bit more clinical. Corser told us that around 4% of the American adult population has moderate to severe forms of restless leg syndrome. There’s also REM behavior disorder, which causes people to enact their (often violent) dreams while sleeping. Sometimes that means thrashing around. Sometimes that means falling out of bed. And sometimes, that means accidentally smacking your partner in the face. There’s also the issue of having to pee. If you find yourself getting up multiple times in the night to relieve yourself, you may want to snag the side of the bed with easiest access to the bathroom. (You also might want to limit your intake of fluids in the evening.) Nobody likes having to crawl over someone in the middle of the night, and no one likes being crawled over, either.

“A lot of people do things that tend to sabotage their sleep,” Corser says. According to Corser, the ideal bedroom temperature falls somewhere between 65 and 69 degrees. You’ve probably heard the old stereotype “women run cold.” And while we’re not big on promoting generalizations, this one seems to ring true. Because men tend to be taller and a bit more muscular than women, they typically have a higher heat production than women. Of course, that can be remedied by throwing on—or taking off—an extra layer or two. In any case, both genders tend to benefit from sleeping in a cooler room.

One issue that tends to be a bit trickier to resolve revolves around pets. According to Corser, around 50% of dog owners like to sleep with their dog. The same is true for around 62% of cat owners. Like humans, animals have a tendency to make noise, move around and get up in the night. And that can be pretty disruptive. Of course, as a nation we seem to be pretty obsessed with our pets, which makes kicking them out of bed an unpopular option.

Hey ladies, if you thought periods were inconvenient, check this out: women are 1.4 more likely to suffer from insomnia than men. That means we typically have a harder time falling asleep, and staying asleep. And if you’re staying up all hours of the night, chances are you’re going to commit some of the sleepytime no-nos listed above, and that’s probably not going to bode well for your partner. Fortunately, Corser says insomnia is treatable. That’s a relief. Few things are more frustrating than hearing the gentle hums of a sleeping bed partner while you’re stuck watching the clock. Even sadder is watching what could have been an eight-hour night of sleep dwindle down to two hours of sleep, or worse, no sleep at all.