The GOP has blood on its hands: How its anti-trans smear campaign is spreading not just hate, but violence too

Shante Thompson, who was shot to death last week, is just one of many trans Americans who face increasing violence 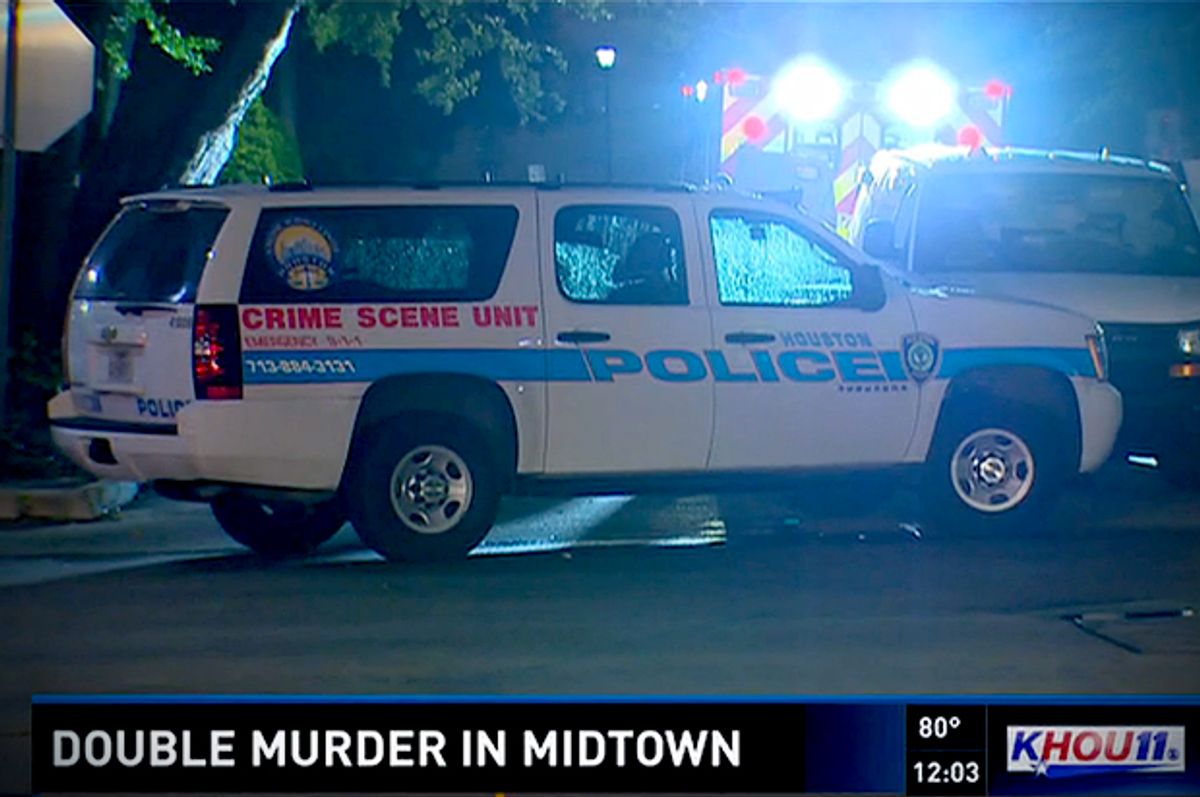 In 2013, the Christian Broadcasting Network reported that a male student in California claimed to be transgender, entered a girls bathroom and harassed girls who came into the restroom. The story got picked up by news outlets like the the Daily Mail and the Examiner and made its way onto Fox Nation. The entire story was a lie.

The tale was made up by a hate group called the Pacific Justice Institute that was focused on repealing a law that protects transgender students in the state. Cristan Williams, a reporter at The Transadvocate, reached out to the school's superintendent, who reported no incidents of harassment there. The Examiner and the Daily Mail have issued corrections and retractions; Fox Nation has not.

Last year the Texas Tribune reported on several egregious anti trans bills introduced in the state legislature. State Rep. Debbie Riddle introduced two bills that would make it a crime for a transgender person over the age of 12 to enter a public restroom or a locker room that did not match the sex they were assigned at birth, facing penalties of up to $4,000 for not complying. Another conservative, Rep. Gilbert Peña, introduced bills that would permit a bystander, presumably anyone in the bathroom or in the vicinity of one of these bathrooms, to sue a transgender person for using a public or locker bathroom for up to $2,000. The bystander could also seek additional compensation for any “mental anguish” caused by sharing a bathroom. All these bills have been withdrawn, but could certainly be introduced in the next Texas legislative session.

“These people are perverts,” said Steven Hotze, a Houston-based GOP activist who was a vocal proponent of repealing Houston’s Equal Rights Ordinance last fall. He told the Texas Tribune that Riddle filed one of the bathroom bills on his urging. “If you’re a man, you go to a man’s bathroom,” he said. “It’s just wrong, for crying out loud. I’ve got granddaughters, and we want to protect them against a bunch of creeps.”

According to KHOU, witnesses reported that Ms. Thompson, walking with a friend, was swarmed by a group of men and beaten with a variety of weapons, including a crowbar, before both she and her friend were shot and killed. Houston police are still investigating the details of the crime, though witnesses say that the men first fired several warning shots into the air, as if to alert Ms. Thompson that they were coming for her. The victim's mother, Leola Thompson, believes that the men who killer her daughter were the same group that her daughter mentioned as harassing her since she came out as a transgender woman.

“There is no real data that shows a direct correlation between anti-trans and anti-LGBT legislative efforts with spikes in homicides of transgender people in those districts. There is, however, a disturbing trend in the narrative being used about transgender people that runs through both the rhetoric around these bills and the language used to defend or justify discrimination and violence against transgender people.”

Activists in Houston feel strongly that the hateful rhetoric advanced by opponents of LGBT rights has contributed to this climate of violence. Monica Roberts, transadvocate and writer of the prominent blog TransGriot, told Salon that the hateful and false messages about transgender people, trans women in particular, have a real impact on their lives. “ We are going to have to work twice as hard to overcome those messages, which are exacerbated by willfully ignorant media coverage of our issues,” said Roberts.

Fran Watson, President of the Houston GLBT Political Caucus, told Salon that the damaging rhetoric about transgender people obfuscates the fact that this is a particularly vulnerable community, saying, “For those who believe the rhetoric and hear nothing else, the conversation continues to perpetuate the myths and lies about the Trans Community, which has a negative impact on an already vulnerable community.” In fact, according to the latest data collected by the National Coalition of Anti-Violence Programs shows that more than two thirds (72 percent) of hate crime homicide victims were transgender women, and 67 percent of those were transgender women of color.

In the face of these facts, what responsibility do those who speak hateful and false allegations about the transgender people actually bear? During a campaign stop in Iowa, GOP presidential candidate Ted Cruz spoke against the Obama Administration's decision to support transgender students, accusing them of forcing the school to "let a little boy take showers with junior high girls." When activists like Steven Hotze talk about trans people as dangerous, is he contributing to the violence enacted against them? Though there may not be a well-documented direct correlation between the hateful rhetoric and crimes against trans people, as Fran Watson told Salon, “language matters.”