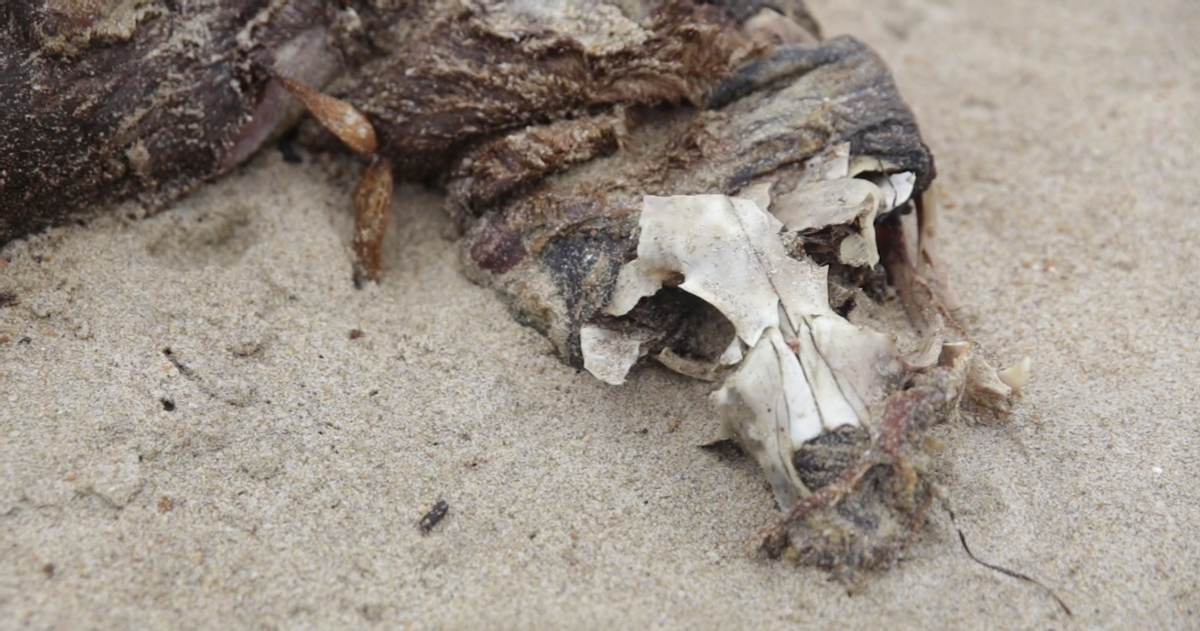 California is in its third straight year of "unusual mortality" rates for sea lions. The dismal state was first declared in January of 2013 and death rates have increased each year since.

The Marine Mammal Center in Sausalito, Ca rescues an average of 600 to 800 seals and sea lions each year from the coastline — and last year that number increased to 1,799. It looks like 2016 will be worse.

Most experts agree the the death rates are due to warming sea temperatures that push food that sea lions hunt farther out from the shore. Sea lions are forced to swim longer and work harder for their food — and the weaker ones aren't getting enough. They are starving to death.

The same goes for birds, in particular murres, that are also forced to fly farther from the shore to catch food.

The result: California beaches are littered with dead sea lions and birds.

Watch our video for more on this alarming phenomenon.