He was meant to ask about race, but he mostly wandered around asking sexist questions about Hillary Clinton 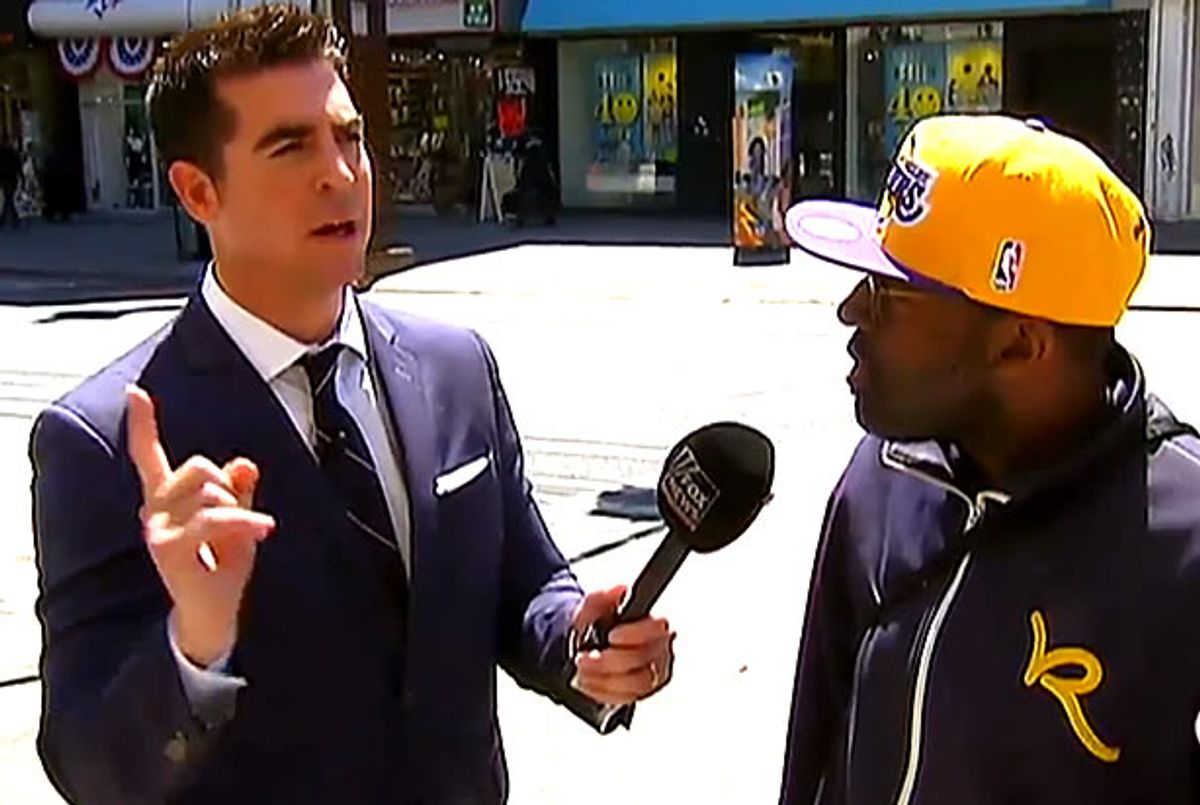 The responses centered less on her position on racial issues, however. "I hope Hillary wins," one enthusiastic supporter said, "we need a woman in the White House."

"I like her as a person," another said, "and it's a step for the women. We've never had a woman president."

Later in the segment -- and for reasons that aren't entirely clear -- Watters asked people whether "there are any downsides to having a female president."

"No," one woman replied.

"Are you sure?" Watters insisted.

Another woman told Watters that "women can do everything a man can do." He replied by incredulously repeating her statement back to her in the form of a question.

After the live section of the segment ended, Watters and O'Reilly discussed what a woman's obligations are to a man who buys her lobster, because the pair of them are apparently unaware what century they currently live in.