America's frightening oligarchy: Thomas Piketty on our widening inequality and the right-wing billionaires who profit from it

Piketty: "Inequality’s rise has been incomparably more massive in the United States" 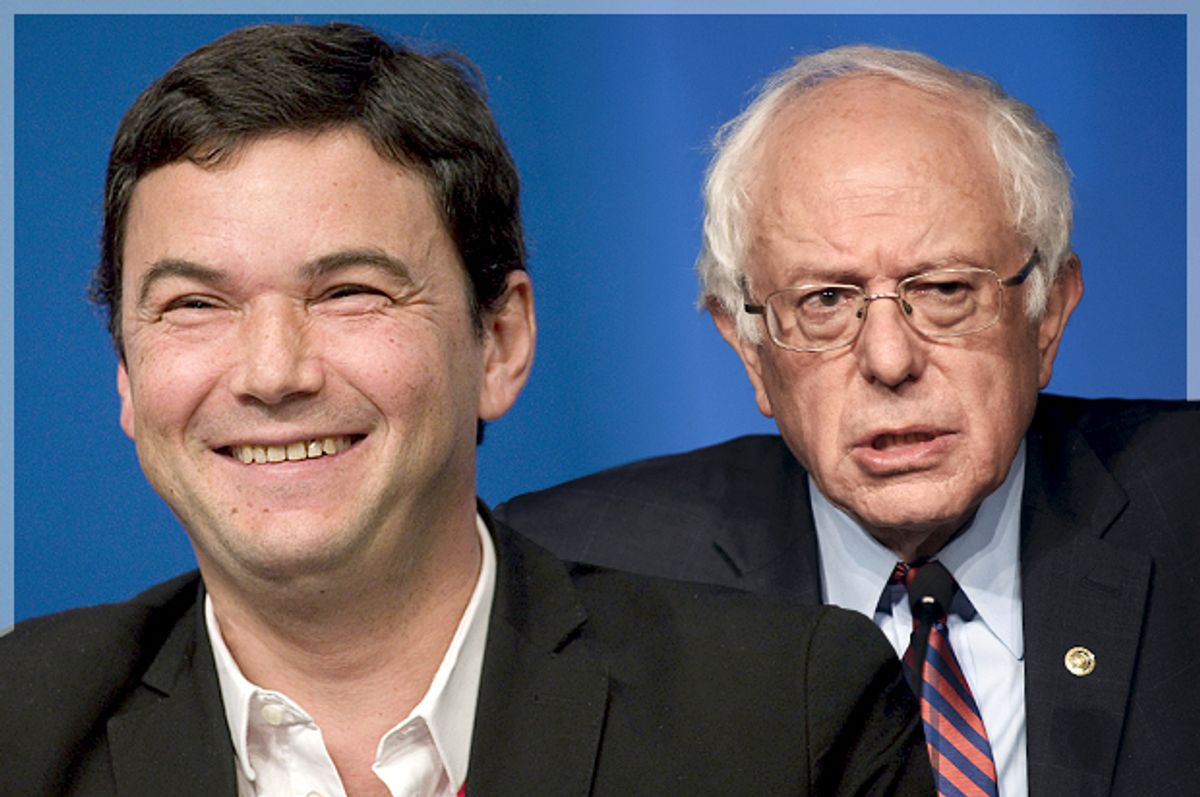 Excerpted from "WHY SAVE THE BANKERS? And Other Essays on Our Economic and Political Crisis"

Will oligarchy, or plutocracy, be America’s future? A recent Supreme Court decision striking down all limits on private funding for political campaigns has rekindled that fear. The hundreds of millions doled out by the hyper-Republican billionaire Koch brothers for TV ads and think tanks backing the farthest-right candidates have become the symbol of all-powerful wealth. The specter of a slide into hyper-inequality and a politics increasingly captured by the “1 percent” is animating political debates across the Atlantic like never before. It’s been several years now since the Occupy Wall Street movement and its peculiar slogans (“We are the 99 percent”) took Europe by surprise. Our continent is far more preoccupied—in part for good reason—with modernizing its welfare state, and the dysfunctions of its single currency. If President Obama could recently deem inequality “the defining challenge of our time,” it’s above all because inequality’s rise has been incomparably more massive in the United States. First the country witnessed an unprecedented takeoff in supermanager salaries; now it’s the growing concentration of wealth that looks set to become the main issue. The share of national wealth held by the richest 1 percent in America is approaching the dangerous heights seen in Ancien Régime or Belle Époque Europe. For a country founded in large part as an antithesis to Europe’s patrimonial societies, it’s a rude awakening.

Up to now, America has been sheltered by the ceaseless growth of its population and the dynamism of its universities and innovations. But that’s no longer enough. Once already, in the early twentieth century, the rise of inequality spurred a vast national debate — it was the era of the Gilded Age, of Rockefeller and Gatsby. That’s how the country ended up devising heavy progressive taxation on high incomes and the biggest inherited fortunes, with top marginal rates reaching or exceeding 70–80 percent for half a century.

Will we see a similar response from American democracy in the years and decades to come? As the Supreme Court’s decision shows, the political battle is shaping up to be tough — but it can be won. The justices once tried to block the income tax in the nineteenth century and the minimum wage in the 1930s. They seem well on their way to reprising the same reactionary role today, not unlike the French Constitutional Council, which is increasingly willing to give the force of law to its conservative views on taxes, all in good conscience.

An additional problem arises from the fact that regulating patrimonial capitalism in the twenty-first century requires new tools and new forms of international cooperation. The United States alone represents nearly a quarter of world GDP. The country is big enough to take action—especially to transform its flat tax on real estate (which dates to the nineteenth century, like similar taxes in Europe, such as France’s taxe foncière) into an annual progressive tax on individual net worth (which takes debts and financial assets into account). That would improve the situation for first-time homebuyers while reducing concentration at the top. The United States has also shown itself capable of staring down the Swiss banks to obtain the automatic transmission of information on its nationals’ financial assets.

To go further, the European Union, acting with the United States, must finally play its part and develop a genuine international register of assets and securities. The opacity of finance and the growing concentration of wealth are challenges for the entire world.

According to the rankings published since 1987 by Forbes, the biggest fortunes grew at an average rate of 6–7 percent per year between 1987 and 2013, versus barely 2 percent for average wealth worldwide. The risk of a drift toward oligarchy exists on every continent.

In China, so far the authorities have opted to deal with the problem case by case, as in Russia: oligarchs are tolerated so long as they’re docile toward the regime, and they’re expropriated when they threaten political elites or when it looks like the public’s tolerance is reaching its limit. But it seems as if the Chinese authorities are starting to realize the limits of such an approach, and debates on creating a property tax are already underway. The country’s size (soon almost a quarter of world GDP) and its high degree of centralization (much greater than in the United States) would allow it to act effectively if necessary.

In this global landscape, the European Union (the third quarter of world GDP) obviously suffers from its political fragmentation. Yet given the financing needs of its social model, it’s the region of the world that has the most to gain from taking action against the tax havens. In proposing to put this issue at the heart of a future Euro-American trade treaty, it would have every chance of being heard by an America beset by doubts about inequality.

Excerpted from "WHY SAVE THE BANKERS? And Other Essays on Our Economic and Political Crisis" by Thomas Piketty, translated from the French by Seth Ackerman. Copyright @ 2012, 2016 by Éditions Les Liens qui Libèrent. Translation and annotation copyright © 2016 by Seth Ackerman. Used by permission of Houghton Mifflin Harcourt. All rights reserved. This essay first appeared in French in Libération.