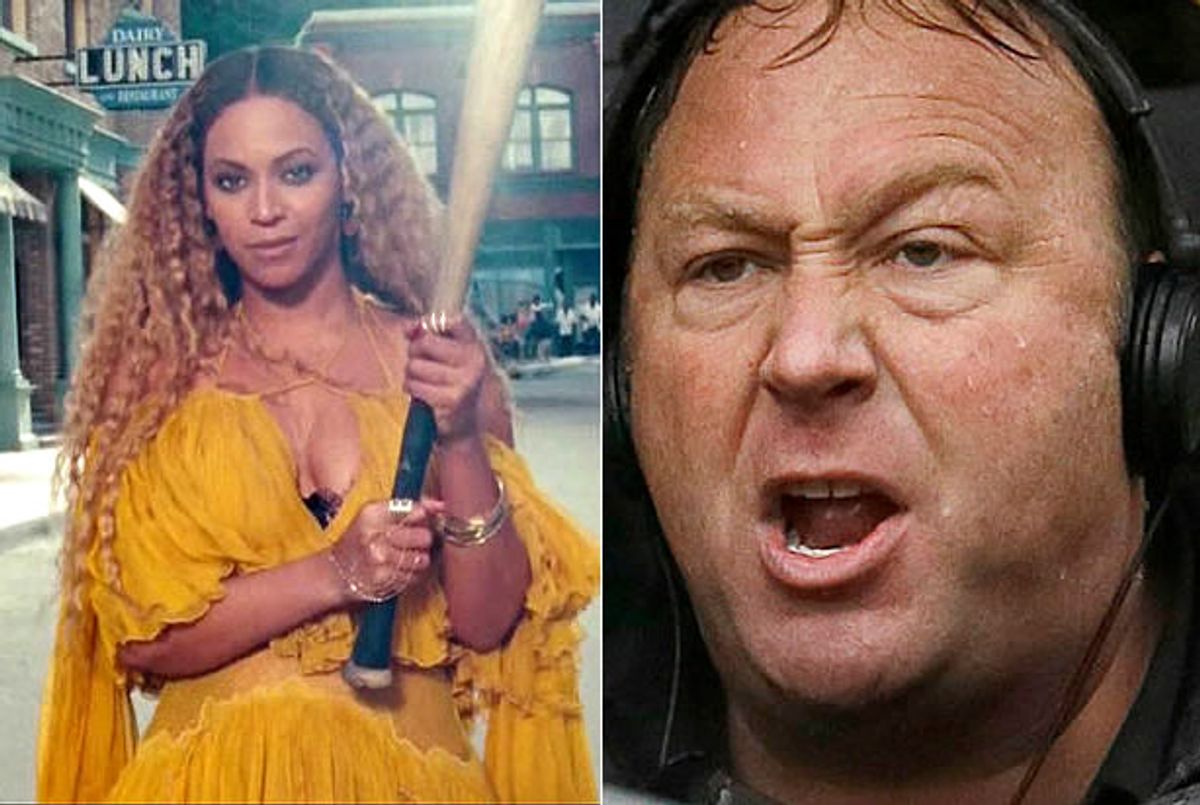 In a video posted on Facebook earlier this week, conspiracy theorist extraordinaire Alex Jones discussed how the Beyoncé-National Football League-CIA industrial complex is colluding in order to start a second American Civil War one video and performance at a time.

In what he identified as an "over-the-top, important report," Jones reacted to the fact that in "Lemonade," Beyoncé is depicted as "smashing cars, smashing windows, with little girls following her." This is all part of the CIA's plan to foment "urban terrorism...so young people go out and act like maniacs and try to start a race war in this country."

When coupled with her implicit criticism of police brutality in her recent Super Bowl performance, Jones said that it's clear that this is part of a covert, propagandistic attempt by the CIA to undermine traditional American institutions -- including masculinity itself.

Jones knows this to be true, he argued, because there are insurance companies who attempt to replace his program on radio stations with ones that are more "friendly" to the interests of the CIA.

"Beyond that," he wrote on InfoWars, "Beyoncé and her husband Jay-Z -- along with NGOs chaired by billionaire Nazi collaborator George Soros -- have been accused of helping fund the divisive 'Black Lives Matter' movement, and affiliated groups which frequently encourage violence against police, white people and Trump supporters in general."

Because that is the beauty of spending your entire life making unfounded accusations -- you can say that people "have been accused" of doing something and it's technically true. You just don't tell your audience that you were the one leveling the accusations.

Watch his entire unhinged rant below via InfoWars.