Ben Carson: Putting Harriet Tubman on the $20 bill makes her the new face of slavery

He means "debt slavery," of course, but the aim of his rhetorical gambit is fairly plain 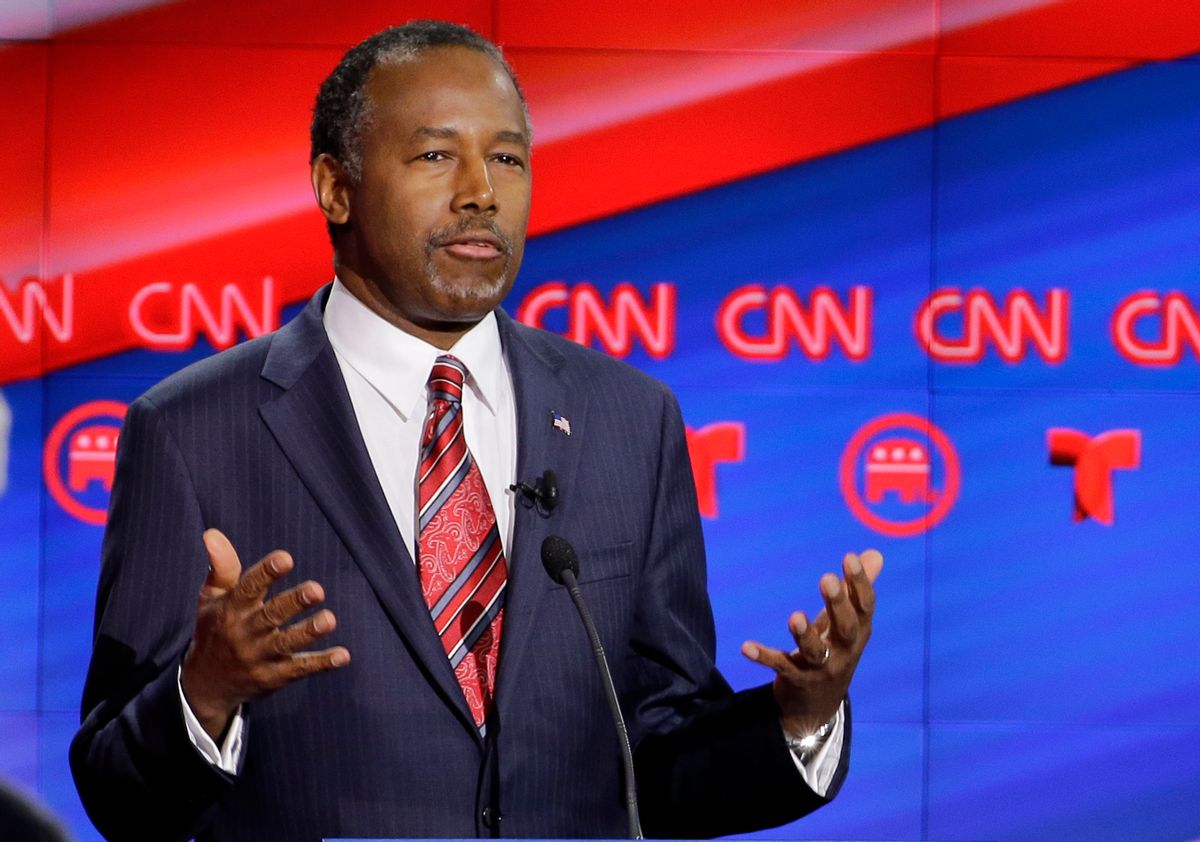 Former Republican presidential candidate and retired neurosurgeon Ben Carson published an editorial in IJ Review in which he complained that adding the likeness of Harriet Tubman to the $20 bill would result in her becoming the "new face of debt slavery."

"The effort to rush this through under the current Obama administration is nothing short of national disgrace," he wrote, "an empty gesture designed to mask a much more fundamental problem: the burgeoning U.S. debt, and the declining significance of the U.S. Dollar."

After demonstrating that he knows how to use Wikipedia well enough to make an unwittingly strong case for honoring Tubman, Carson argued that she would be "turning over in her grave if she knew she would be the new face of American debt slavery."

"It is amazing how, just as the currency dwindles down to near worthlessness," he continued, "all of a sudden the Government wants to invoke Harriet Tubman as a symbol on the twenty dollar bill."

"Let us not disgrace Harriet Tubman by symbolically linking her with a nearly bankrupt instrument of slavery and debt," he concluded.

It's worth noting that Carson did not complain that the presence of any other person on any other denomination would amount to the same -- such that having Abraham Lincoln on the $5 bill makes him the old "face of debt slavery."