We're sure Bernie will take his advice: Donald Trump says Sanders should run as an independent

On Tuesday, Trump tweeted,"Sanders has been treated terribly by the Democrats — both with delegates & otherwise." 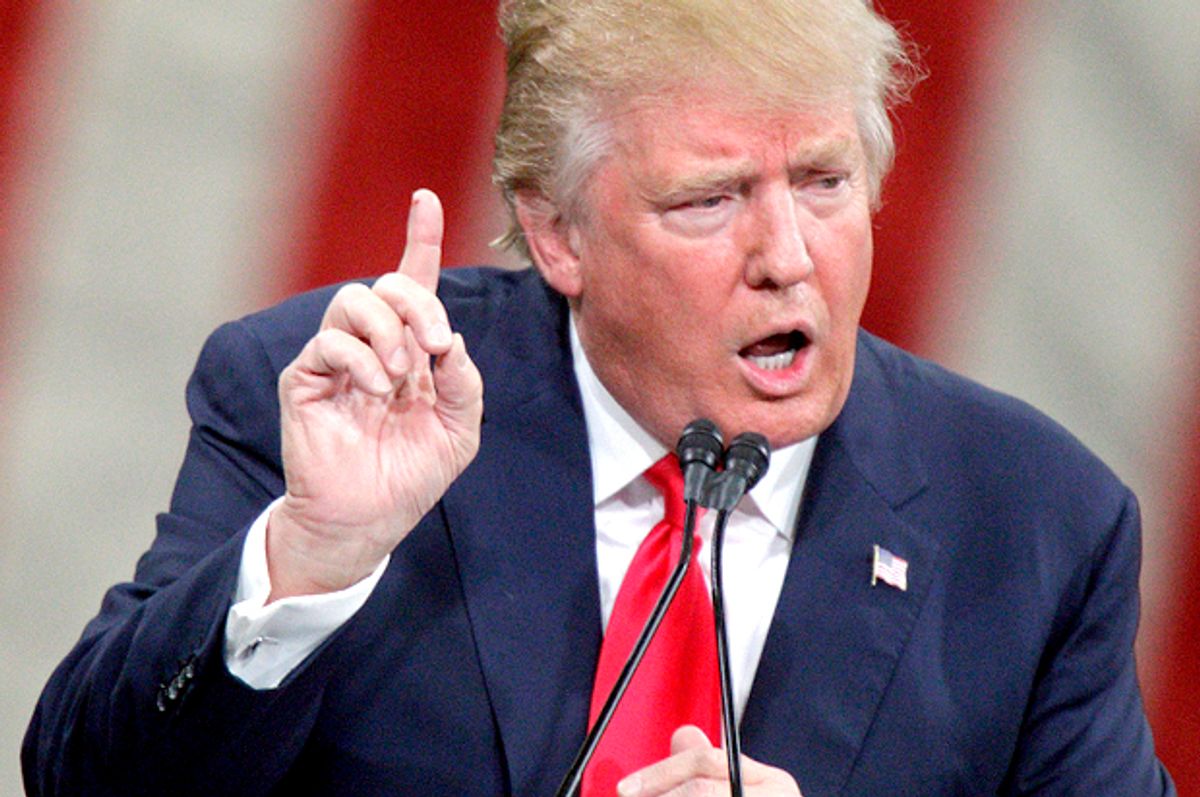 In a surprise turn of events, Donald Trump offered Bernie Sanders some campaign advice on Tuesday, saying that the Democratic candidate had been treated "terribly" by the establishment and should run as an independent instead, according to ABC News.

On Tuesday, Trump tweeted,"Bernie Sanders has been treated terribly by the Democrats — both with delegates & otherwise"

Bernie Sanders has been treated terribly by the Democrats—both with delegates & otherwise. He should show them, and run as an Independent!

Although the Republican front-runner seemed expressed empathy for his Democratic rival, his words were less than sugary at an event in Rochester, New York earlier this month where he said: "This is a crooked system. As far as I’m concerned, I couldn’t care less about Bernie. But he wins. And he wins. Like me.” Referring to the similarities between both him and Sanders in the way they have amassed historic numbers at rallys, through their populist message.

Over the past few weeks, Trump has decried the primary system of both parties, calling it "rigged," and accusing the votes of being in the hands of the delegates and not the public.

Obviously, Trump could largely be "advising" Sanders for his own interests, knowing full-well he'd siphon millions of votes from Hillary in a match-up with the billionaire in the general election.
The Vermont senator is the longest-serving independent in congressional history, but joined the Democratic Party to run for president. Sanders' campaign manager Jeff Weaver told Bloomberg News in an interview that Sanders would now remain a Democrat for the rest of his life.