"That's not how sexism works, Donald" 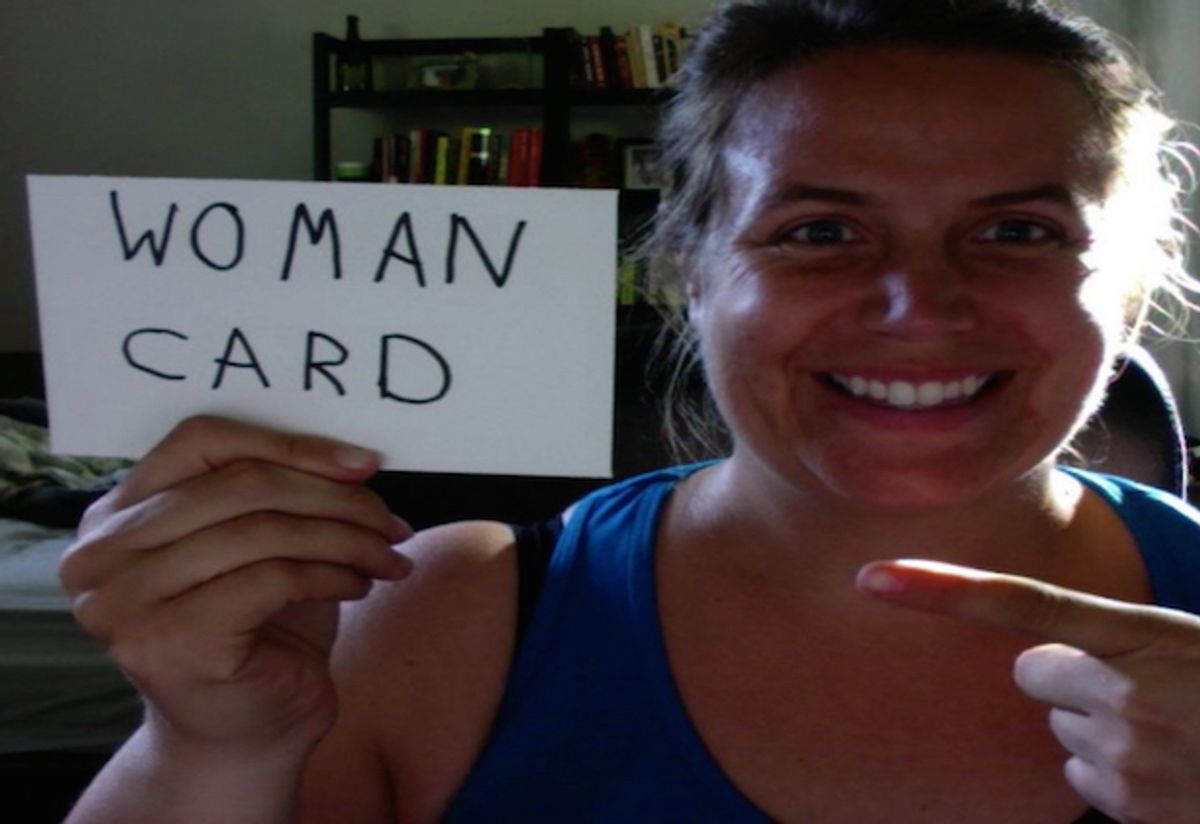 Who is excited for a months long general election campaign with Donald Trump attacking Hillary Clinton for the shrillness of her speeches and her genitalia, because that is what is ahead.

Trump previewed his general election strategy against the likely Democratic nominee on Tuesday, telling a crowd of supporters at Trump Tower that "if Hillary Clinton were a man, I don't think she would get five percent of the vote."

"I think the only card she has is the woman's card," Trump said, insisting that the first woman in history poised to clinch the nomination of a major party "has nothing else going."

Clinton wasted little time responding to Trump's sexist swipe, using her victory speech Tuesday night to say: "If fighting for women's health care and paid family leave and equal pay is 'playing the woman card,' then deal me in!"

Other women (and men) followed Clinton's lead and took to Twitter to express their eagerness to finally be able to use their #womancard: