What is it lately with Republicans and old white men who have a thing for chairs? 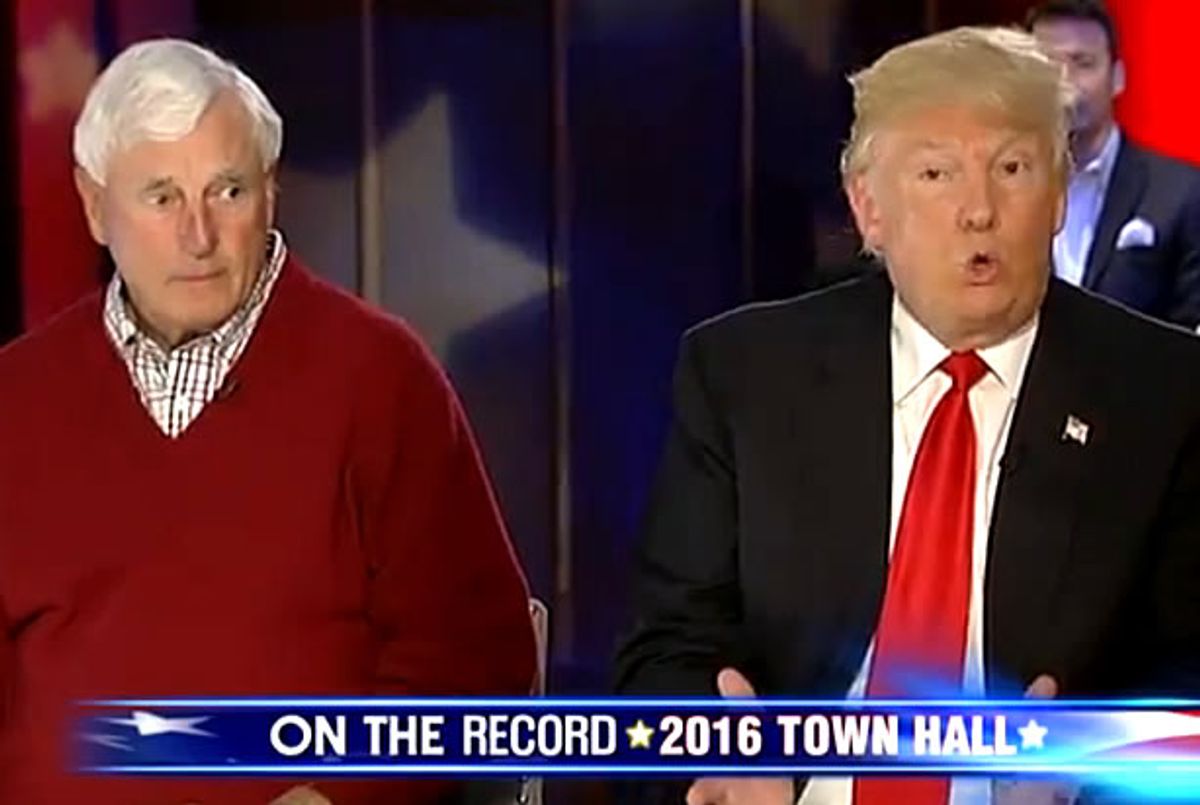 Continuing the tradition of old, white men with a strange affinity for chairs endorsing likely Republican nominees, yesterday former Indiana basketball coach Bobby Knight came out in support of Donald Trump, claiming that he's "the most prepared man in history to step in as president of the United States."

Knight was as short as his infamous temper as to why Trump was actually that qualified, merely telling Greta Van Susteren that "I’ve always voted for the person that I thought was the best for the job [and] there’s no question in my mind that the man standing between the two of us [Donald Trump] is far and away the best person to lead America back where we all want to be led."

For his part, Trump called the man who once said that "if rape is inevitable, relax and enjoy it" an "unbelievable leader," and described how he actively sought out the endorsement of the chair-tossing, assistant coach-choking, player-slapping Knight a "leader."

"I said, 'Coach, it's Trump -- do you still want to endorse me?'" Trump recalled. "He's like, 'Absolutely, I've been waiting for your call.'" Knight looked uncomfortable being cast as the object of a fourteen-year-old's crush, but Trump ventured on, saying that he needed a "winner" like Knight by his side if he was going to keep on "winning."

"We all love Indiana, but who’s more Mr. Indiana, who’s done more for Indiana? I mean -- look at all the championships."