He demanded Fox put him on air to discuss his government conspiracy. Police did not kill the man, who is white 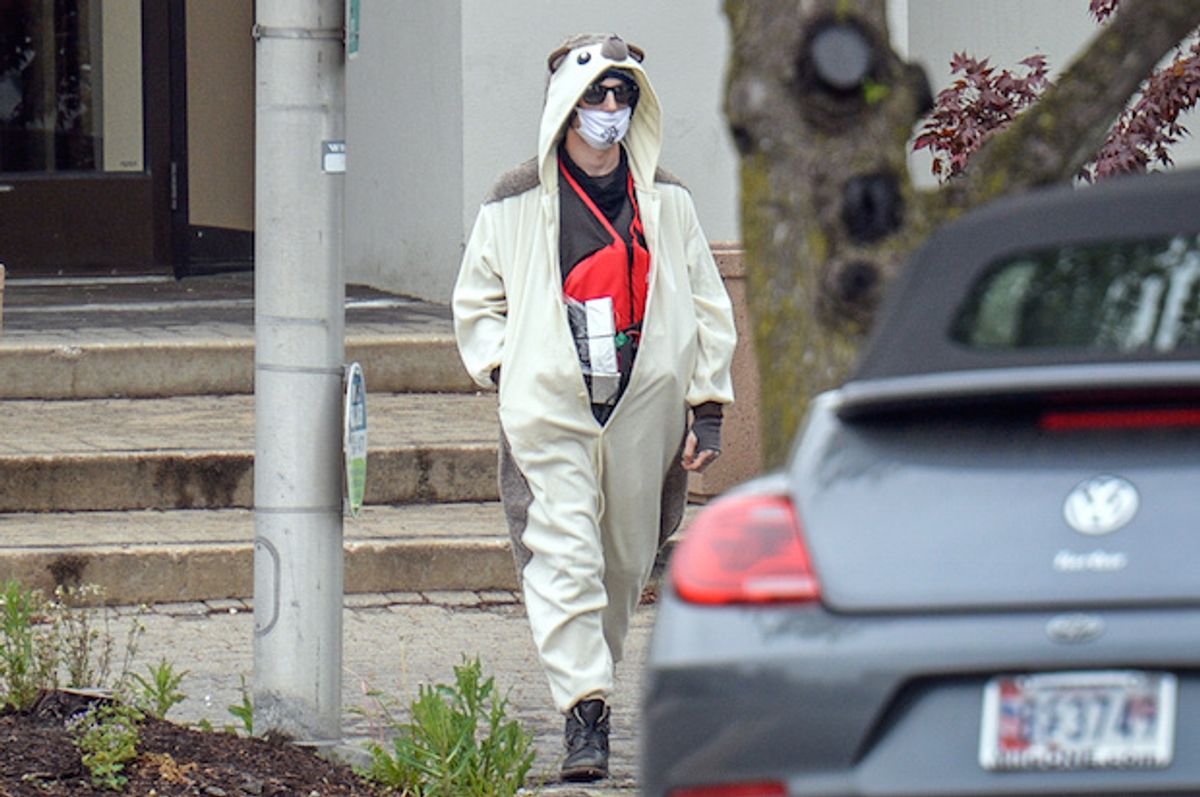 The man who threatened to bomb the Fox45 television station in Baltimore, Maryland on April 28, 2016 (Reuters/Bryan Woolston)
--

A man in a panda suit who allegedly threatened to bomb Fox Television's Baltimore affiliate unless it broadcasted his government conspiracy story was shot on Thursday.

Police did not kill the man, who is white and is believed to be in his twenties.

The local affiliate, Fox45, reported that the man broke into the building and demanded that "the news station cover a story about some sort of government conspiracy."

He was wearing a one-piece panda suit, along with a surgical mask and sunglasses.

Reporter Shelley Orman tweeted video of the suspect walking out of the Fox affiliate building.

The station's security guard said the man threatened to "blow up" the building.

The building was evacuated after the threat.

A police sniper shot the man, and Baltimore authorities said they sent a robot to check on him.

"Someone came into the front of the building and they apparently said that they had some information they wanted to get on the air," FOX45 News Director Mike Tomko told reporters, the station said.

"I came down at one point not knowing the person was in the lobby, near the vestibule area. He talked to me and was wearing what appears to be a full body white panda suit, surgical mask and sunglasses."

Tomko continued: "He had a flash drive, said he had information he wanted to get on the air. He compared it to the information found in the Panama Papers. I told him, 'I can't let you in, you're going to have to leave the flash drive here and slide it through the opening.' He wouldn't do that."

"Apparently he had made some threats before," Tomko added.

Authorities have no information yet on the man's identity.