The irrelevant face of CNN: What's behind the empty gravitas of Wolf Blitzer?

Wolf Blitzer is ostensibly the cornerstone of CNN's news coverage. So why does he seem so... unnecessary? 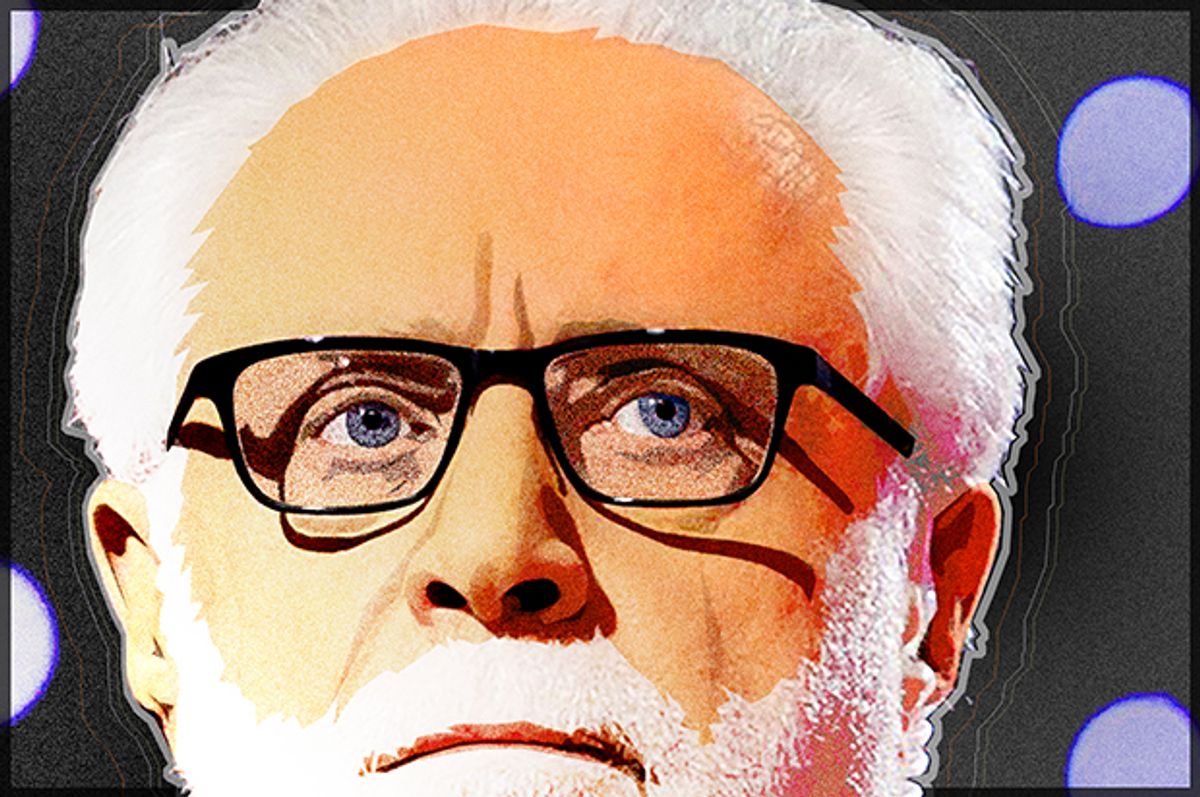 What is Wolf Blitzer for?

Sometimes it seems even CNN doesn't quite know the answer to that question. Blitzer is supposedly its highest-ranked anchor, the ultimate face of the network in big moments, but if you've watched CNN on any of the primary or caucus nights during the 2016 campaign—the most important moments in the politics-saturated cable news calendar—you may have noticed that he actually doesn't do all that much.

Blitzer has been given the role of traffic cop on election nights. He puts his colorless monotone to use barking out a series of phrases—"KEY RACE ALERT," "PROJECTION," "STAND BY"—over and over and over again. He reads out vote counts. He walks over to John King at the magic wall. He throws to reporters in the field. And then he disappears, presumably to be rewired or rebooted or whatever it is Wolf Blitzer does in his downtime.

It's not difficult to see why CNN would want its more agile talents like Jake Tapper, Dana Bash and Anderson Cooper doing the bulk of the heavy lifting on these big occasions. Here's the kind of analysis Blitzer offered at one point this past Tuesday, after confirming that Donald Trump had won every primary being contested that night (in all capital letters because Wolf only ever talks in capital letters):

Of course, Blitzer doesn't just show up on election nights. He also anchors for a staggering three hours a day on CNN, across two different programs, "Wolf" and "The Situation Room." (What's the difference between "Wolf" and "The Situation Room"? Erm, lemme get back to you.) There, Blitzer's allowed to roam free, serving up endless interviews with politicians and covering whatever breaking news comes down the pike. He is frequently less than nimble doing the latter—as his instantly notorious effort to grapple with the death of Prince last week showed—and his collision with more recent news trends, such as Black Lives Matter, has made him come unstuck more than once. As for the former: Blitzer outlined his approach to covering politics in a notorious 2012 essay called "A Salute To Politicians" that he posted to his official blog. Here's an excerpt:

I’ve seen them in action, and it’s tough. They get up early in the morning and go to sleep late at night. They have to deliver the same stump speech over and over and over again, and then answer an endless amount of often annoying questions at town hall meetings, at diners and from reporters such as me.

I’ve covered politicians long enough to know they certainly like the power that comes with elected office, but it’s still a rough and tough proposition. You think it’s easy going out there all the time and appealing for campaign cash?

This deferential mush perhaps helps to explain why it's so difficult to recount a singular Blitzer moment, or a standout interview. (Blitzer touts his Gulf War reporting from 25 years ago, though his recollection mostly serves to highlight the instinctive hawkishness that's defined so much of his foreign policy output.) His job is to keep the show on the road, not to do anything particularly memorable.

So, again: What is Wolf Blitzer for? With each passing day, he feels more and more like the answer to a question from a different time, when the stentorian tones of a serious-looking white man were deemed to be both instantly reassuring and good enough to get by with. This isn't to say that white men don't still rule the roost on TV news (they certainly do!) but it's telling that the younger crop of white men at CNN, like Tapper and Cooper, bring something to the table besides a deep voice and a calm manner. At the very least, they possess personalities. Watching Blitzer, you feel like someone wrote "Gravitas + ????" on a piece of paper and then let that piece of paper occupy three hours of daily TV time.