Tiny Desk Domination: How NPR Music took over the tastes of the tastefully plugged-in 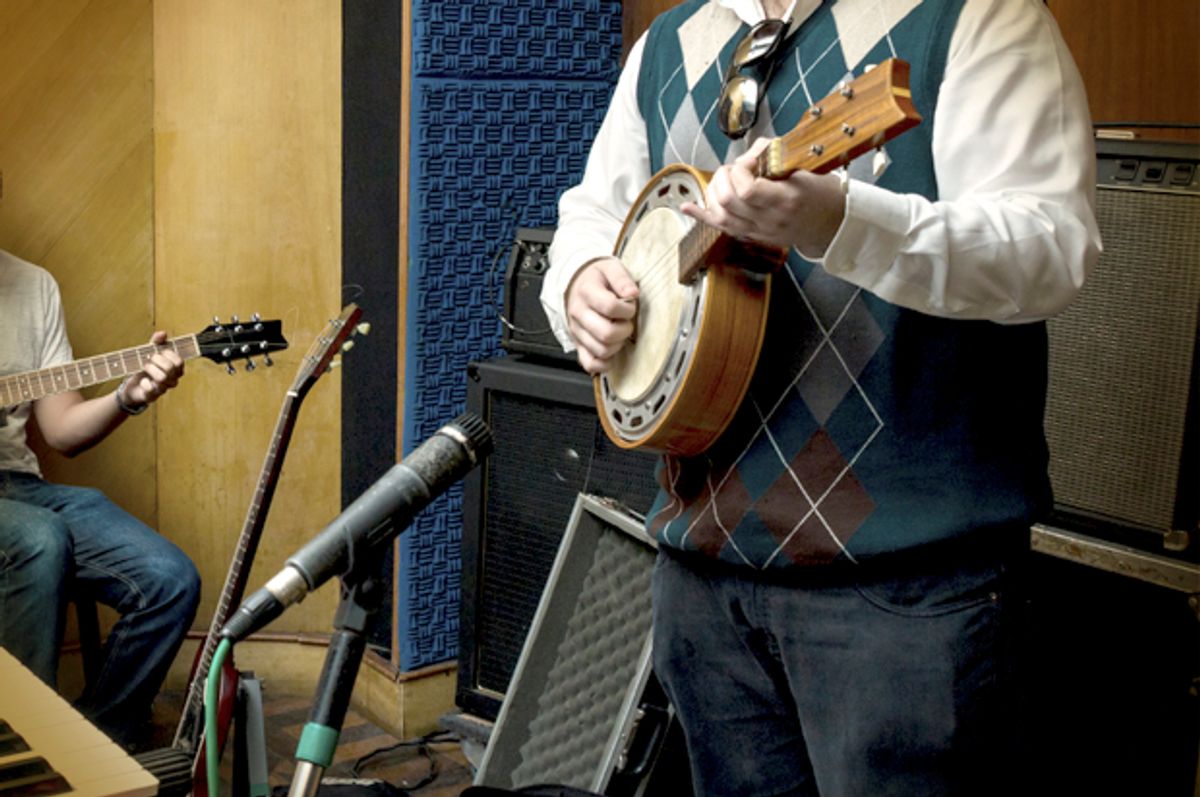 One of the biggest knocks against the Telecommunications Act of 1996 was that deregulating the media industry would lead to a wave of consolidation, stifling public discourse as a handful of corporate conglomerates bought up TV and radio stations and newspapers, and snuffed out local voices in the name of synergy. That’s basically what happened.

Though the Internet has since mitigated many of those effects, the strange combination of old-media consolidation and anarchic proliferation of blogs and podcasts can count among its unintended consequences the dominance of NPR Music. From First Listen album premieres to Tiny Desk performance sessions, from live-streaming concerts to assembling buzzy showcase lineups every year at the South by Southwest festival, along with blogs and podcasts and now a book from “All Songs Considered” host Bob Boilen, NPR Music has rushed to fill the vacuum left as smaller “legacy media” outlets around the country continue to pare back staff and punt on meaningful arts coverage.

There are thoughtful people there doing good work, no question. The “All Songs Considered” show that Boilen created in 2000 and co-hosts with producer Robin Hilton has set a high standard for the innumerable music podcasts that have followed, and NPR Music publishes some excellent long-form stories online. But their coverage overall is safe, predictable and dismayingly shallow, despite sections online dedicated to hip-hop, classical, jazz, Latin, world, electronic/dance and R&B/soul. Maybe that matters less in an era when there are countless blogs that go deep on every conceivable musical taste, but those blogs don’t offer the valuable exposure associated with NPR, which expends it on, well, just imagine Andrew Bird and Bon Iver teaming up with St. Vincent and Alabama Shakes to cover the Carolina Chocolate Drops, featuring special guest Vampire Weekend and someone making a knowing reference to Earl Sweatshirt, and you’ll get a sense of the NPR Music wheelhouse.

It’s often just one big conventional-wisdom feedback loop. Nowhere is that more true than in Boilen’s new book “Your Song Changed My Life.” He interviewed 35 musicians, including Jackson Browne, Jimmy Page, Dave Grohl, Smokey Robinson, Jeff Tweedy and Lucinda Williams, about the songs that most inspired them. Despite the promising concept, it’s a glib and self-congratulatory book, full of pedantic commentary, egregious name-dropping (the second time he met David Byrne, Boilen writes, “I was an NPR journalist attending the White House Correspondents Dinner with Annie Clark,” a.k.a. St. Vincent) and Boilen’s own unchallenged assumptions. “I seldom listen to modern country music,” he declares in a chapter about the country traditionalist Sturgill Simpson, because he’s pretty sure it’s all “songs about women and booze.” Or, after letting the minimalist composer Philip Glass describe his life-changing song — Spike Jones’ comical version of “William Tell Overture,” performed on kitchen cookware — Boilen chimes in with his own melodramatic reaction: “I am flabbergasted. Seriously? Philip Glass likes funny things?”

Such interjections would mostly seem like a grating affectation, if Boilen weren’t also the one setting the tone for what happens at NPR Music — and by extension, all the smaller outlets that take their cues from NPR Music. What message does it send when the head guy, who has bragged about seeing more than 500 live performances in 2015, isn’t curious enough about a major genre to question his own premise and actually listen?

Maybe he’s too busy, what with attending all those live shows, and also running the Tiny Desk concerts. It’s a live video performance series featuring bands playing short, stripped-down sets in Boilen’s cubicle. NPR says there have been nearly 500 of them since Tiny Desk launched in 2008, with recent performers including Graham Nash, Wilco, Tedeschi Trucks Band and Ben Folds. What sounds again like a promising concept ends up coming off as twee, and even disingenuous, as if landing a band to play a Tiny Desk session is somehow a coup for NPR: “Look who we talked into performing at Bob’s desk, in the newsroom of a massive and influential international media organization! Aren’t we the lucky ones!”

NPR Music has lately begun holding contests to find Tiny Desk performers, which is even more cloying. Billed upon its launch in 2015 as “a search for a great undiscovered, unsigned musician,” the Tiny Desk Contest has garnered more than 6,000 entries in each of its two incarnations so far, from people hoping a panel of judges will pick them to perform. But it’s a gimmick that makes Tiny Desk the center of attention instead of the music it’s supposed to celebrate, just like the self-promotional contest Rolling Stone held in 2011 to put an unknown band on the cover of the magazine. Remember the Sheepdogs? Right, of course not. There’s no question that NPR Music is inundated with submissions from undiscovered, unsigned musicians. If Boilen & Co. want to highlight some of those acts, they can do it whenever they want, without throwing themselves a parade.

It’s no secret that public radio personalities can tend toward self-impressed, and that’s generally harmless enough. But when it’s more difficult than ever to be heard in the crowd, NPR Music has a megaphone that reaches a large audience that is also affluent, socially engaged and well-educated. There’s no doubting Boilen’s enthusiasm and passion for (at least some) music. But he often seems more interested in using that megaphone to tell NPR Music listeners what he likes, when offering a more expansive take on various music scenes and sounds might help them discover something they like — that doesn’t sound like the Lumineers all over again. There’s surely some overlap between the two, but the look-at-me! mode of coverage puts the emphasis on the storyteller instead of the story, and that’s the wrong place.