Ted Cruz: "It's people who are the predators," not the "transgendered"

Even when he tries to show some humanity, he reveals his utter hatred for those unlike himself 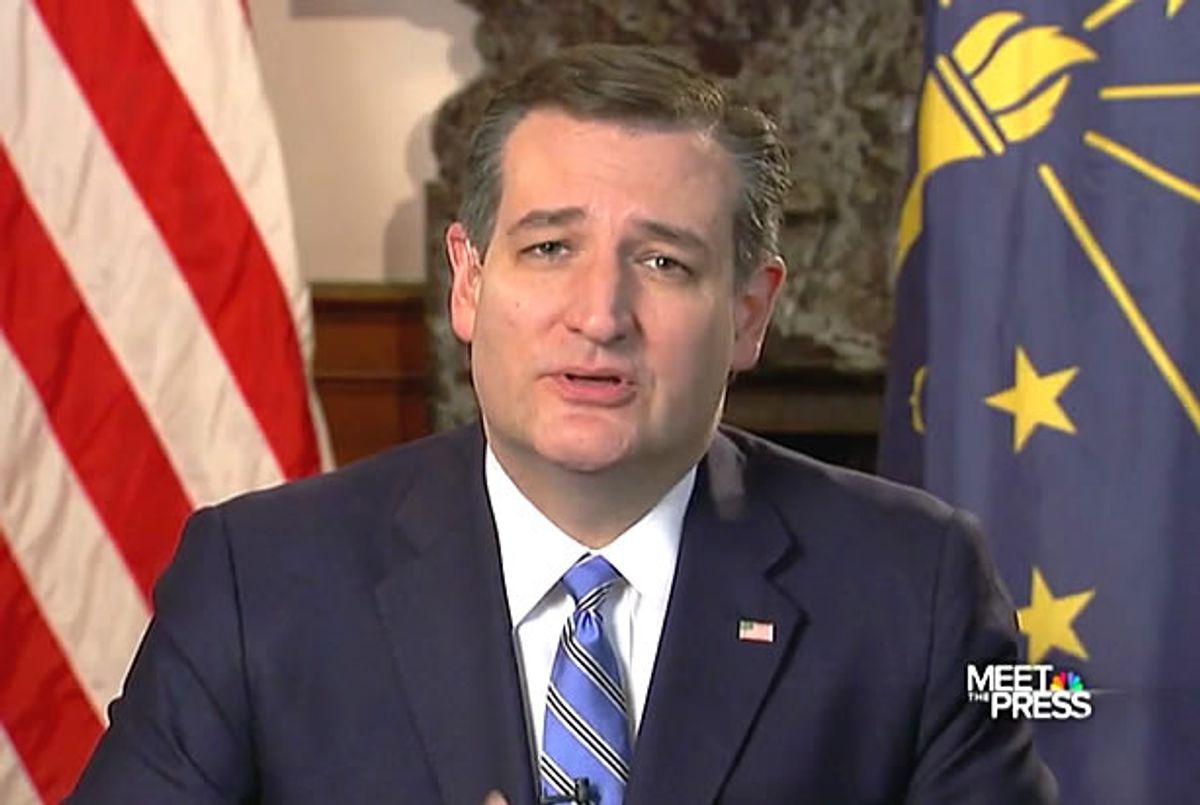 Texas Senator and Republican presidential hopeful Ted Cruz appeared on "Meet the Press" Sunday and attempted to walk back some of the more horrible statements he's made about the LGBTQ community -- but because he's still Ted Cruz, he failed.

"If you pass a law -- as Hillary Clinton and Donald Trump and Barack Obama want -- that says any adult man can go into a girl's restroom if he feels like a woman at that minute," he began, before changing direction halfway through and just barreling home with his canned apology.

He deserves credit for trying -- though how that effort would translate into federal policy (or the lack thereof) is an issue worthy of great speculation -- but what Cruz actually said almost excludes transgender individuals from the category of "people." Even his comparison indicates that he can't completely separate them from the category of "predators" in his mind.

But he's trying -- and considering the depths to which the participants and, most notably, the front-runner, in the GOP primary have descended this election season, even the faintest glimmer of humanity is a welcome reprieve from the increasingly dim norm.