The Sanders revolution is coming: More than half of young Americans now oppose capitalism 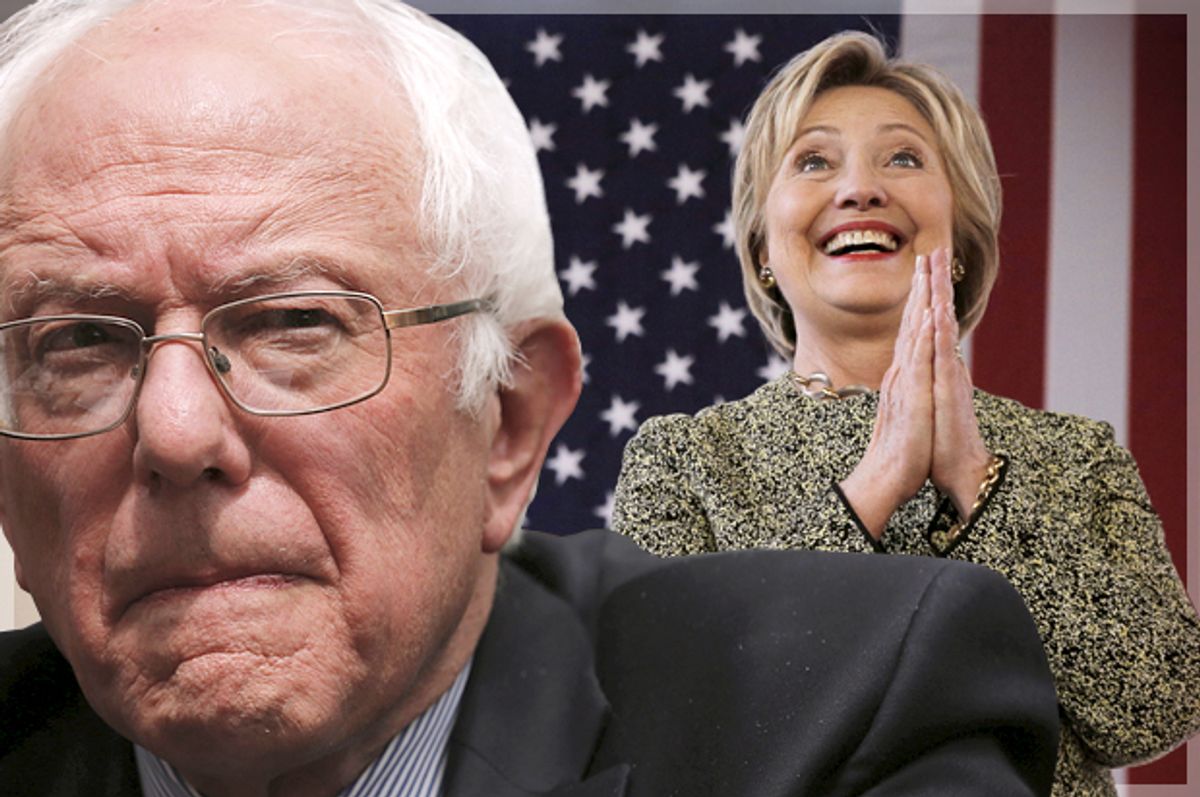 Let’s face it, young Americans are fed up with the economic status quo. If this fact is not evident enough from the groundswell of millennial support for Bernie Sanders, perhaps a Harvard University poll released Monday will do the trick.

According to the results, 51 percent of young adults aged 18-29 oppose capitalism in its current form. By contrast, only 42 percent of people drawn from a pool of 3,183 individuals—selected by KnowledgePanel, a probability-based database designed to be representative of the U.S. population—opted in favor of the global economic order.

Unfortunately however, like a broken-down car without an auto repair shop in sight, the results showed no consensus regarding an alternative solution. As George Monbiot pointed out recently in his attack on neoliberalism, neither do any of the world’s economists.

“Neoliberalism’s triumph reflects ... the failure of the left,” Monbiot wrote, explaining how the current system was already set in place when the previous Keynesian economic model collapsed in the 1970s. By contrast Monbiot pointed out, “when neoliberalism fell apart in 2008 there was nothing … The left and center have produced no new general framework of economic thought for 80 years.”

In light of this, it makes sense that the only candidate with a vision that holds a remote bit of optimism for the majority of American youth would be Bernie Sanders (Sanders being the most favorable candidate with a rating of 54 percent). But even in that case, as the Harvard poll showed, not everyone is in agreement. With only 33 percent of young respondents saying they supported socialism, the poll’s most evident result was that young people remain undecided when it comes to an optimal path forward.

On the issue of increasing government intervention to regulate the economy, roughly one in three respondents said this would be effective. A mere 26 percent also believed government spending would increase economic growth. In contrast, almost half of the respondents were in agreement that “basic health insurance is a right for all people” and that “basic necessities, such as food and shelter, are a right that the government should provide to those unable to afford them."

"The word 'capitalism' doesn't mean what it used to," said Zach Lustbader a 22-year-old Harvard student who helped conduct the poll, in an interview with the Washington Post.

This stands to reason in light of the poll’s results, which showed that the majority of respondents over the age of 50 still remained in support of capitalism. Lustbader noted how even Republicans, previously known for supporting the ideals of free enterprise inherent in capitalism, have begun adopting a more traditional left-leaning rhetoric. "You don't hear people on the right defending their economic policies using that word anymore," said Lustbader.

Arguably the single most dire reflection from the poll was what it revealed about young people’s general thoughts on the state of the nation today. By a margin of more than three to one, respondents from this category believe that America is currently “off on the wrong track.” By extension, almost half of the young Americans polled agreed with the statement that “politics today are no longer able to meet the challenges our country is facing.”

As this slide from the poll shows, these numbers know no party lines.