The historic area could join the ranks of the Statue of Liberty, in a year when LGBT rights are still under attack 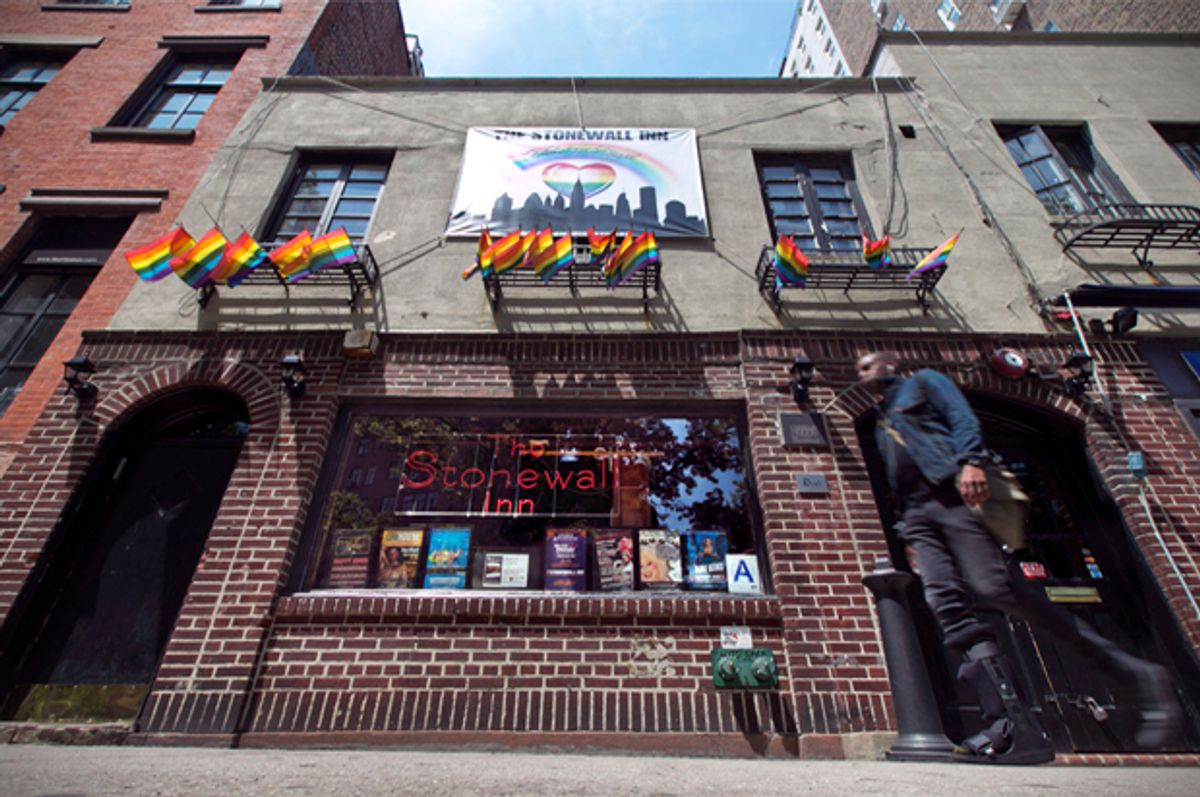 When you think of America's national monuments, what comes to mind? The Grand Canyon? Muir Woods? The Statue of Liberty? Something large and majestic, right? But how about something connected to a little bar that has a weekly Lesbo A Go-Go night? Sounds like you're going to need some new stickers for your National Parks passport.

As he winds down his presidency, Barack Obama continues to make it clear exactly all the places he hopes to leave his mark. And to that end, this week interior secretary Sally Jewell, along with National Park Service Director Jonathan B. Jarvis and Rep. Jerrold Nadler, will be in New York to hear the case for making the area surrounding the legendary Stonewall Inn, the birthplace of the modern gay rights movement, a national monument.

The Washington Post reports that "barring any last minute complication," (the land title still needs to be documented) the road will then be paved to designate the site as early as this June's Gay Pride Month. The Parks Department says it has already accrued 20,000 signatures on White House petitions to give Stonewall the honor.

The Stonewall has become known as the ground zero of gay rights ever since a series of June, 1969 riots in response to a police raid. The original establishment, opened as a restaurant back in the 1930s and became a gay bar in 1967. That space closed in 1969, but still sits next door to its current incarnation. Both buildings were declared a National Landmark in 2000, and just last year, the Stonewall was given New York City landmark status, making it the first site in the city designated as a landmark for its role in LGBT history.

But now, marking it as a National Landmark elevates its iconic status even further, and seems a fitting legacy for Obama, who in his second inaugural address declared that "We, the people, declare today that the most evident of truths, that all of us are created equal, is the star that guides us still, just as it guided our forbearers to Seneca Falls and Selma and Stonewall."

And by adding it to the ranks, among natural wonders Canyon de Chelly and points of human endeavor like the Harriet Tubman Underground Railroad, this could not come at a more important moment — when the rights of LGBT persons are still so scrutinized and so under attack. As Brian Sullivan, a former bartender and current regular at the bar, tells the New York Times this week, "Stonewall deserves to be remembered. When I started coming here, gay people were disowned by their families, so this is the place where we formed a new gay family of our own."