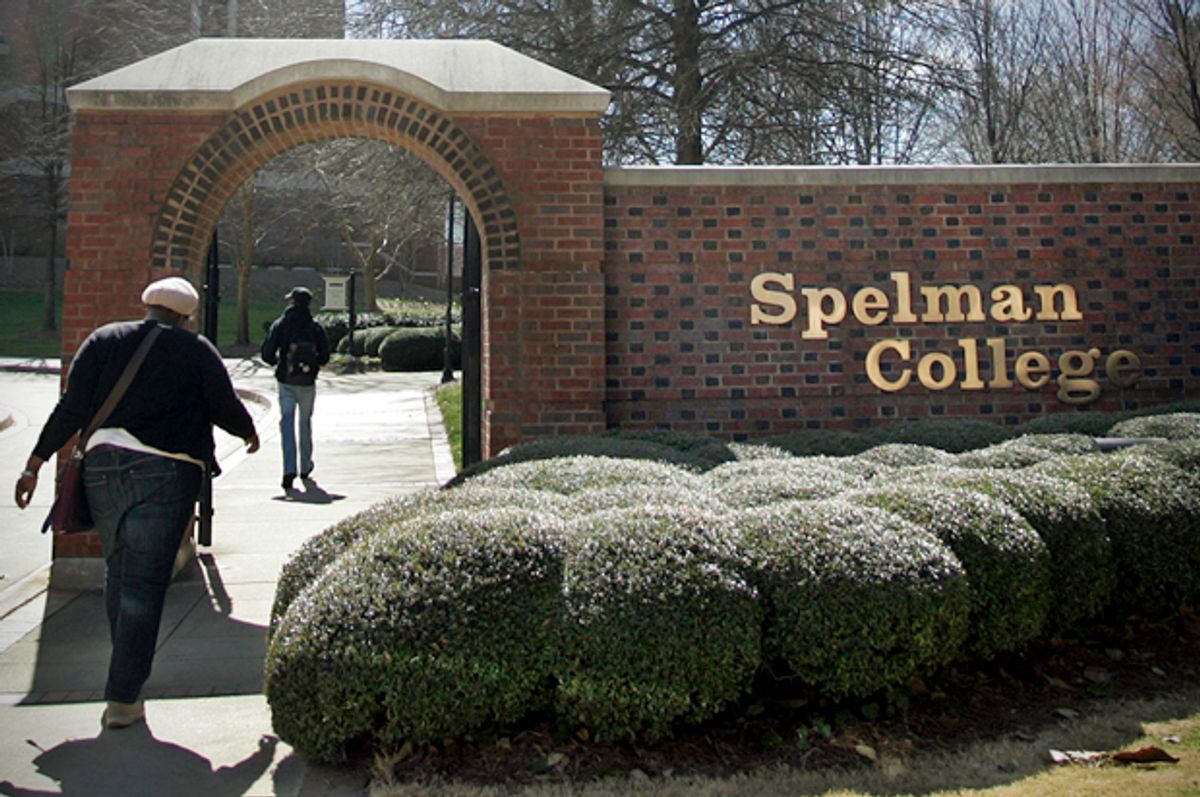 School administrators are investigating allegations that a student at Spelman College, a historically black women's college in Atlanta, was gang raped by male students from neighboring Morehouse College, the Atlanta Journal Constitution reports.

The investigation was spurred by a series of tweets on Monday from the anonymous Twitter account @RapedAtSpellman. The user, identifying herself as a freshman at Spelman College, wrote that she was raped at a party by four Morehouse students.

The user claimed that after she reported the incident, it took Spelman officials a month to respond to her allegations. When she finally did receive a response, she says an administrator advised her that rather than taking action against her rapists, she should "give them a pass."

Spelman and Morehouse, which are historically black colleges affiliated through the Atlanta University Center Consortium, both issued statements announcing investigations.

"The information anonymously shared on Twitter was our very first indication of this incident," Morehouse president John Silvanus Wilson, Jr. wrote in a statement released Wednesday. "Now that we are aware of these allegations, we are determined to pursue the investigation to the fullest extent possible."

“Our hearts go out to this student and I want to personally offer her our full support and assistance," Spelman President Mary Schmidt Campbell said in a statement announcing the school would conduct "a full and thorough review of these events."

Campbell said Wednesday that she reached out to the user on Twitter to offer assistance and support. Spelman officials have not confirmed whether a police report regarding the alleged incident had been filed, nor whether they know the identity of the alleged victim.