Sympathy for Sheldon Silver: We can’t solve problems by putting people in cages

Disgraced New York politician Sheldon Silver will spend 12 years in jail. This isn't a cause for celebration 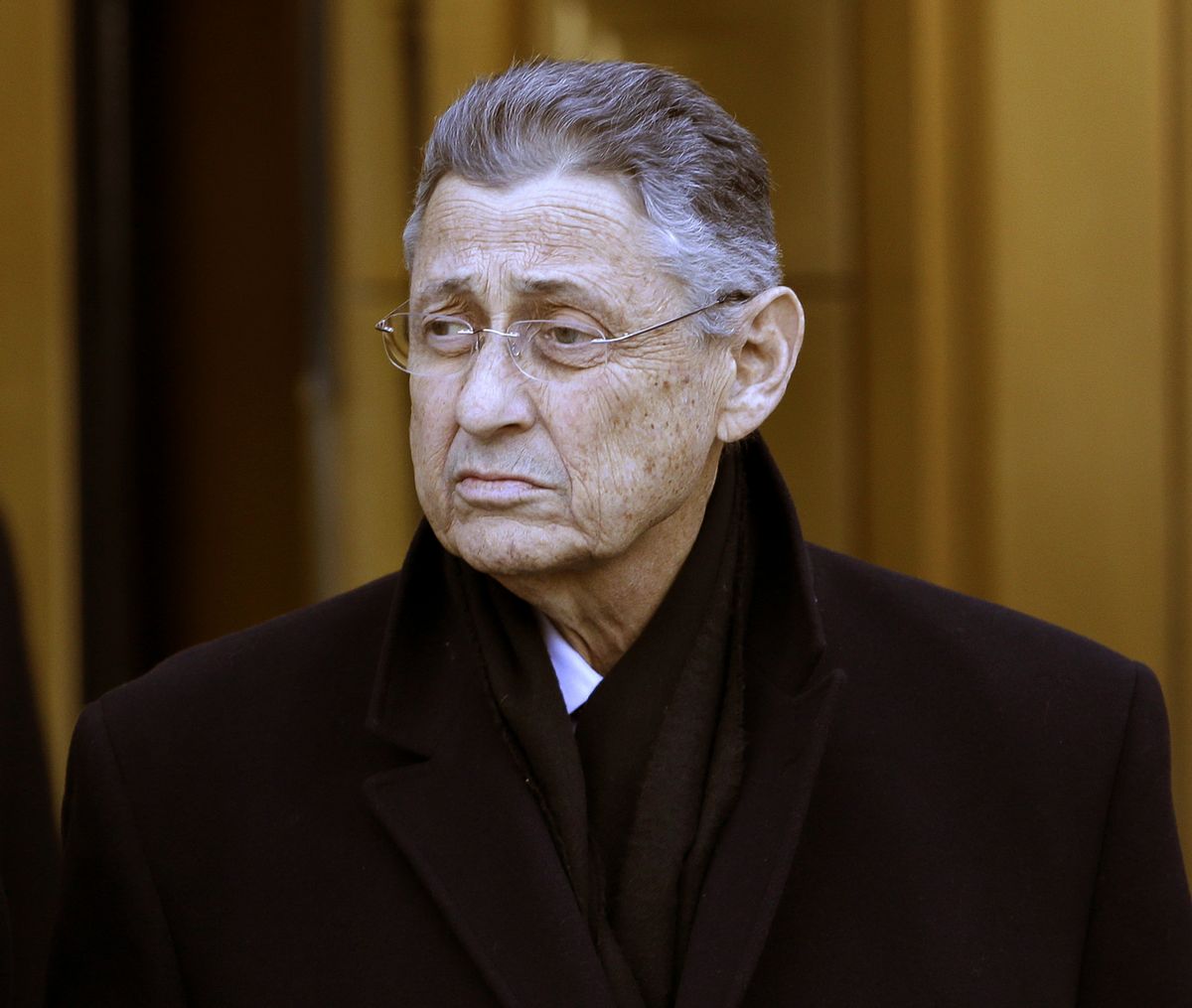 It’s hard not to enjoy a corrupt politician in handcuffs, the refreshing spectacle of the mighty brought low in a country whose rampant unfairness is nowhere more pronounced than in the criminal justice system. It’s entertaining too. And so my first thought, after disgraced former New York Assembly Speaker Sheldon Silver was arrested last January for engaging in lucrative kickback schemes, was a happy one.

But I wasn’t cheering on Tuesday, when a federal judge sentenced Silver to 12 years in prison. Prison, as you know if you or a loved one has been there, is horrible. The United States, more than perhaps any other country on earth, solves its problems by putting people in cages. Prosecutors, in typical prosecutorial fashion, argued that a harsh sentence would serve as a deterrent for future officials considering corruption. Judge Valerie Caproni agreed.

"I hope the sentence I impose upon you will make other politicians think twice until their better angels take over — or, if there are no better angels, perhaps the fear of living out his golden years in an orange jumpsuit," said Caproni.

“One would think that the image of Mr. Silver’s colleagues being arrested and led off to jail would have caused someone who was basically honest to reappraise what was going on,” she complained.

Putting Silver in prison for 12 long years won’t do anything but destroy his life. That, to be sure, satisfies the system’s interest in retribution. But to what end? The New York Times editorial board opined, “This is how Albany gets its reputation back: one imprisoned politician at a time.” By how?

In truth, Silver’s sentencing and Judge Caproni’s contradictory rationale for it simply highlights that Americans have no clear idea why the state punishes. Abusing public office or stealing from taxpayers is a big problem: It corrodes democratic institutions and people’s respect for them. So too, however, does a lot of behavior that’s perfectly legal and far more widespread. Still, if fighting illegal corruption is a public priority, the public should demand methods that work. Harsh sentences don’t.

Theories of punishment rest upon different competing and overlapping rationales: rehabilitation, deterrence, incapacitation, and retribution. Rehabilitation, decidedly out of style in recent decades, is the idea that an offender can be improved and reformed and thus will be less likely to commit future crimes. Deterrence is the notion that harsh punishment meted out to criminal defenders will deter people witnessing that punishment from committing crimes. Incapacitation describes the fact that an incarcerated person cannot commit crimes (at least against members of the non-incarcerated public) while behind bars. Retribution, the moral idea that crime in and of itself merits punishment, is the most primal principle and eschews scientific pretense.

In Silver’s case, as in many others, prosecutors embraced deterrence to argue for a harsh sentence. But researchers have found that the deterrent effect is a piece of jurisprudential mythology and magical thinking. It is the certainty of punishment, and not its severity, that has an impact. And so dedicating more resources to identifying and prosecuting (not to mention preventing) corruption would do a lot more good than meting out draconian sentences.

Nazgol Ghandnoosh, a research analyst at the Sentencing Project, emails that the system’s “uneven outcomes” make it “natural to celebrate when powerful or wealthy people get long sentences or, as is more often the case, to be angry when they get a better deal than others (such as in the ‘Affluenza’ case or instances of suspected favoritism in gubernatorial clemency). But we should also ask whether these outcomes and our reactions move us closer to achieving a more fair and effective system.

“Rather than dragging everyone down to promote equality, it would be better to ensure that no one is punished more than is necessary,” she continues. “In demanding equality, it's important to not lose sight of how skewed our current sentencing practices are. We need to challenge rather than just reinforce the mean.”

The American criminal justice system is unfair. On one end, cops and politicians appear to play by one set of rules, while on the other end, the poor and people of color are governed by another much harsher set. But the solution to this disparity is to round punishment for marginalized people down rather than legitimating an unjust system via periodic ritual crucifixions of the powerful. Silver must be punished and pushed toward reform. The criminal justice system, however, should develop more effective and more humane tools to accomplish these noble ends. If ending mass incarceration is a goal, more incarceration cannot be cheered.