After noted Hillary supporter "forgets" his Iraq position, Twitter comedian creates the best timeline of pundits' reactions to the war 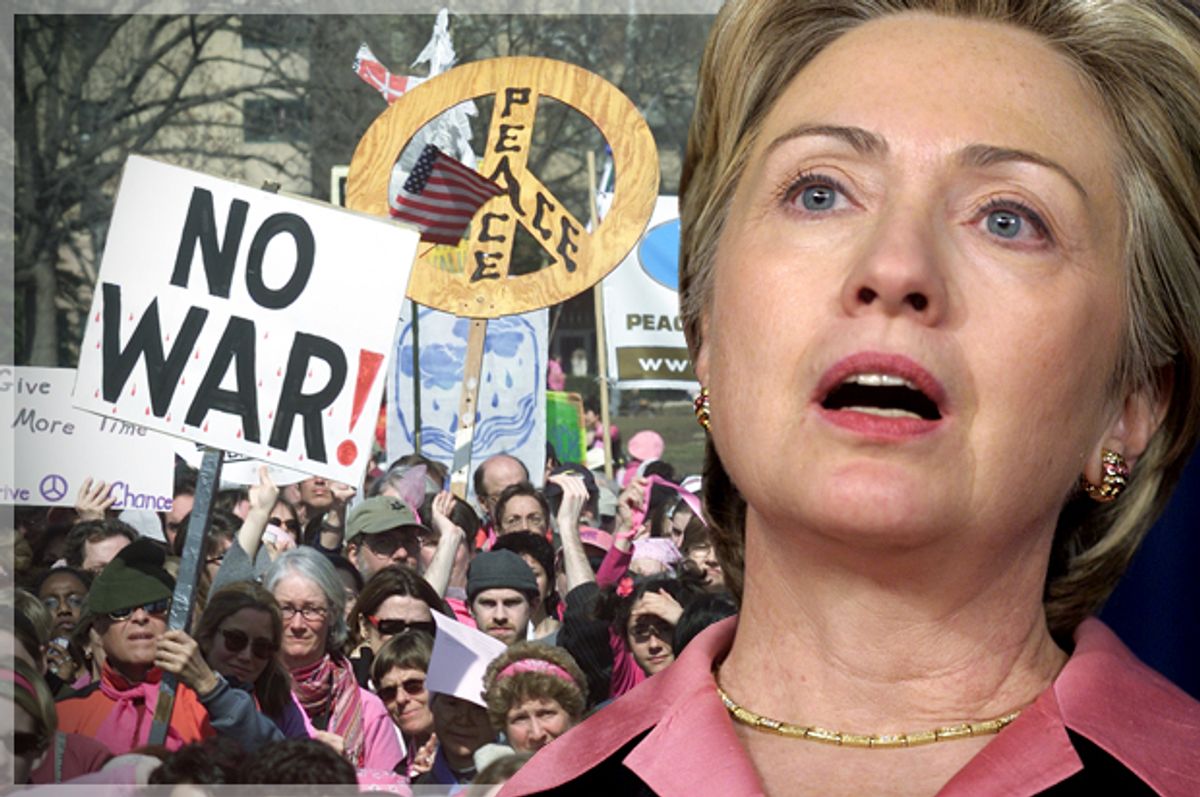 Some pundits have a fuzzy memory when it comes to one of the most consequential — and destructive — foreign policy decisions of the 21st century.

Liberal blogger John Aravosis tweeted on Sunday night that he forgot whether or not he supported the U.S.'s 2003 invasion of Iraq.

Aravosis, the executive editor of liberal website AMERICAblog, is a staunch supporter of Hillary Clinton, who supported the war, and an outspoken critic of Bernie Sanders, who opposed it. His former employer, the United Nations, explicitly said the U.S. invasion was illegal.

An array of Twitter users criticized the blogger for allegedly forgetting what his position was on the critical historical moment.

"I joke that pundits have suffered brain damage," comedian @Trillburne said, but Aravosis should "see a doctor."

Trillburne followed up writing a "timeline of Proper and Serious opinions about the Iraq War," a satirical chronology depicting how the commentariat whitewashed the U.S.'s illegal invasion and occupation of a sovereign country, destroying Iraq's government, leading to the deaths of at least 1 million people, destabilizing the Middle East and creating a sectarian civil war that gave rise to extremist groups like al-Qaeda and eventually ISIS.

'05: the Iraqis weren't ready for democracy, the chaos is their fault
'06: liberals are undermining the war by questioning it

'07: civil war is less than ideal, but the surge will fix everything
'08: the surge made the war good again, so let's stop talking about it

'09-'12: maybe it was a mistake, but pobody's nerfect! let's give pro-war politicians & pundits a mulligan on this one

'13-'15: seems obvious the Iraq War created ISIS. maybe the anti-interventionists were right. on the other hand, let's stop talking about it

'16: the Iraq War was ages ago. the constant cognitive dissonance in my thought processes has made me block it out, so let's all forget it

Fellow Twitter comic Matt Christman followed up with a satirical prediction of pundits' responses in 2018 and 2020.

"Jokes aside, the Iraq War was a disgusting, sleazy crime," Trillburne wrote later, calling it "probably the formative moment for me politically."

I'm not gonna forget it. the votes I cast & opinions I hold 50 years from now (if I'm so lucky) will probably still be shaped by it