Sarah Palin: Paul Ryan's career is over for refusing to endorse Donald Trump 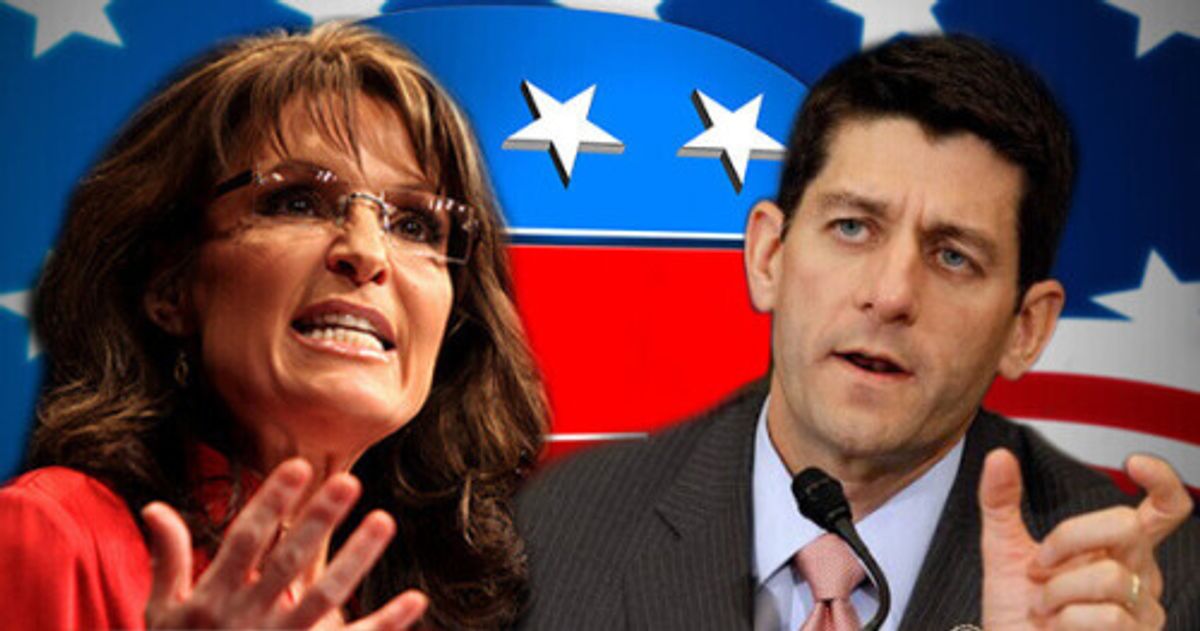 The media is still asking Sarah Palin for her political opinions after Donald Trump trotted out her endorsement during the primary as though it made a difference, and now America is stuck with her for yet another presidential campaign cycle.

"I think Paul Ryan is soon to be 'Cantored,' as in Eric Cantor," Palin ominously warned on CNN Sunday, referring to Eric Cantor, the former Republican House majority leader who was upset in a 2014 primary by challenger and college professor Dave Brat.

Palin said that Ryan's hesitation to back the presumptive Republican presidential nominee had caused her to join an effort to defeat the Republican House Speaker, announcing her support for Ryan's primary challenger on CNN's "State of the Union."

"His political career is over but for a miracle because he has so disrespected the will of the people," the failed vice presidential nominee and half-term former Alaskan governor asserted. "[A]s the leader of the GOP, the convention, certainly he is to remain neutral, and for him to already come out and say who he will not support is not a wise decision of his," Palin continued. "If the GOP were to win now, that wouldn't bode well for his chances in 2020, and that's what he's shooting for," Palin said.

Palin said she will, along with working to elect Trump, "will do whatever [she] can" to help him elect Ryan's more right-wing challenger Paul Nehlen:

Palin accused Ryan of abandoning the voters of his district, arguing that "without ever having a real job outside of politics, it seems he disconnected himself from the people":

Asked about Palin's remarks on Monday,  Trump called her a "free agent" and said he had nothing to do with a push to oust Ryan as Speaker -- ignoring his own spokeswoman's claim on CNN on Friday that Ryan is unqualified to serve as Speaker for failing to back Trump.