"I have great respect for you," Trump said, "you were able to call and say, 'Let's talk'" 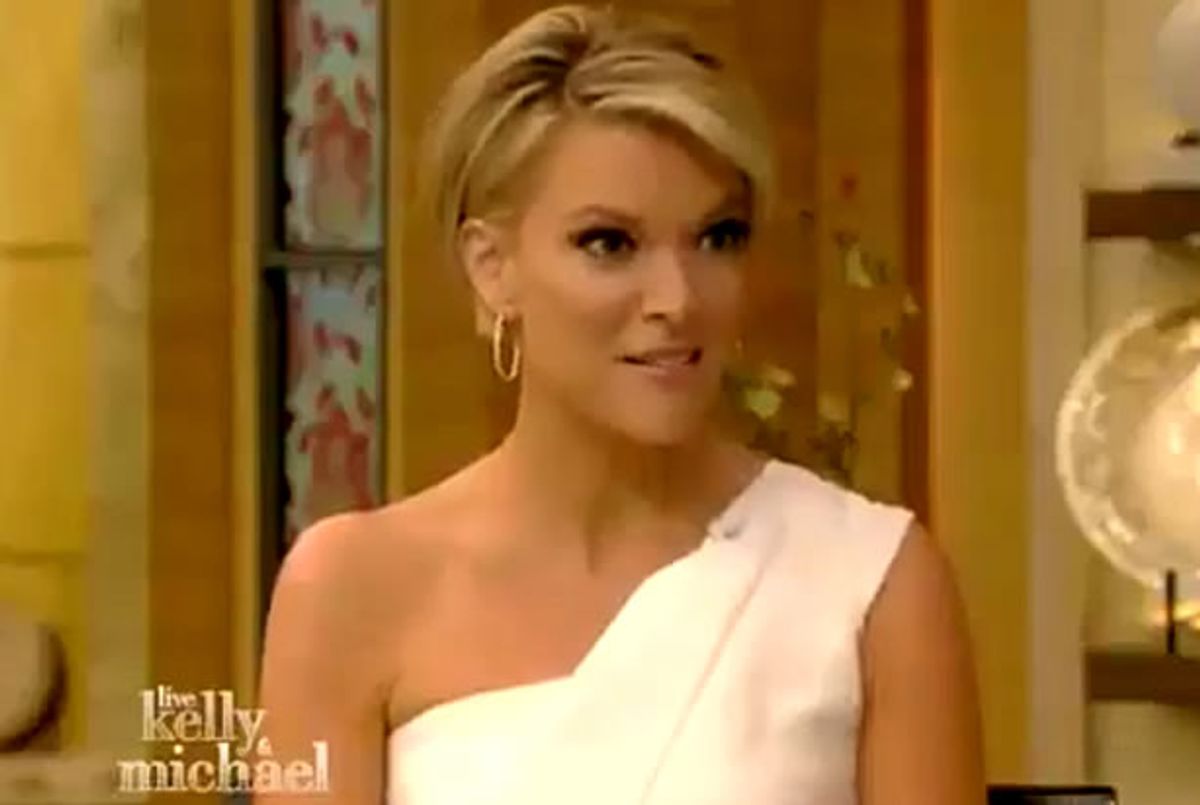 Fox News' Megyn Kelly previewed her May 17th interview with Republican presidential nominee Donald Trump, in which he claimed to have "great respect for" her given her willingness to call him up and offer to kiss the ring.

The preview was aired on ABC's "Live with Kelly and Michael" -- a show which knows a thing or two about celebrity feuds -- and after being very humble about her lifestyle and ensemble, she introduced a clip in which she began by asking, "You seemed to stay angry for months [about her questions at an early GOP debate]. Was that real, or was that strategy?"

Trump replied that "I'm a real person" -- because that is now, as always, in doubt -- "And I have great respect for you that you were able to call me and say, ‘Let’s get together, let’s talk.’ To me, I would not have done that."

After the brief clip of the interview, Kelly said that she "always wanted to reach out" to the then-GOP front-runner, but after he skipped the March debate she co-chaired, didn't feel comfortable doing so. In the end, it all worked out -- even if it required Fox News Chairman Rogers Ailes to step in and make it so.

However, she added that while they "had a good exchange, the one thing we did not discuss in that hour-long meeting at Trump Tower was anything that had happened between the two of us."

Watch the entire video below via ABC News.