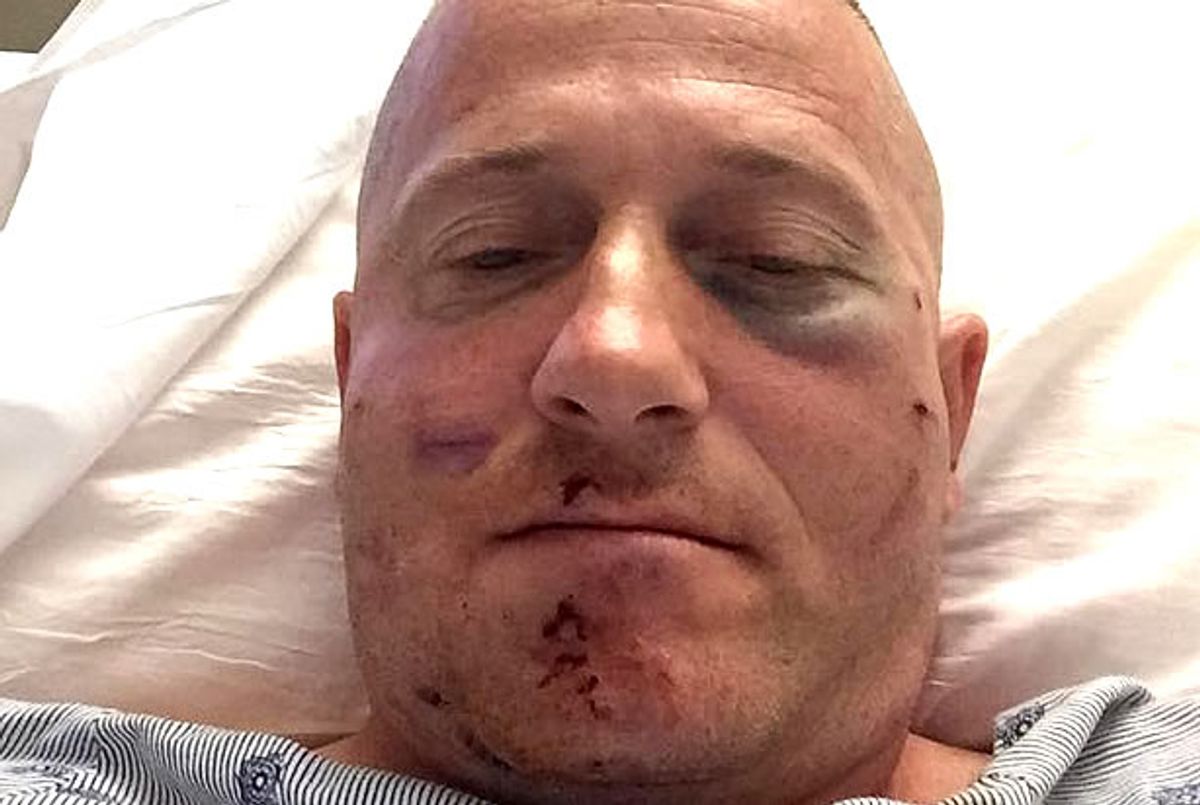 Two days ahead of the West Virginia state senate primary, a Democratic candidate attending a campaign event was brutally beaten with brass knuckles in what police -- but not the candidate -- are calling a politically motivated attack, The Herald-Dispatch reports.

Richard Ojeda was attending a cookout at the home of a supporter when a man, later identified as Jonathan Porter, asked the candidate to help him affix a bumper sticker to his car. When the former Army officer bent over to place the sticker on the bumper, however, Porter knocked him unconscious by beating him about the head with brass knuckles.

Porter continued to punch and kick Ojeda until neighbors noticed. They called 911 and attempted to prevent Porter from running over an unconscious Ojeda or escaping, parking all-terrain vehicles to block his path, but he barreled through them.

He did, however, turn himself into police six hours later. Porter is currently being held on three charges of assault.

Ojeda's opponent is fellow Democrat Art Kirkendoll, who upon learning of the attack claimed no foreknowledge of it. In a statement, he said that "I do not now, nor have I ever, condoned violence. It has no place in our political campaigns or in our communities. My and my family’s thoughts and prayers are with my opponent and his family and we wish him a speedy recovery."

For his part, Ojeda posted a picture of himself on Facebook along with a statement and an apology. "Sorry for the pic but make no mistake, I am now even more dedicated to the cause," he said. "This doesn’t scare me and I don’t quit! This was premeditated and there was a reason the guy did this. Regardless, if anyone thinks that this will get me to march in line you obviously don’t know me very well."

Ojeda later acknowledged that he knows both his assailant and his assailant's family, writing on Facebook that "I haven't spoken to that Jonathan idiot in years which tells me that there was more to this. I do know that he is an embarrassment to his brother and I do not hold any of this against Harold. I would like to give a huge 'Thank You' to Kendall Dingess and a few others for keeping the knucklehead from running my unconscious body over with his truck."

Watch a report on the beating via WSAZ-TV below.