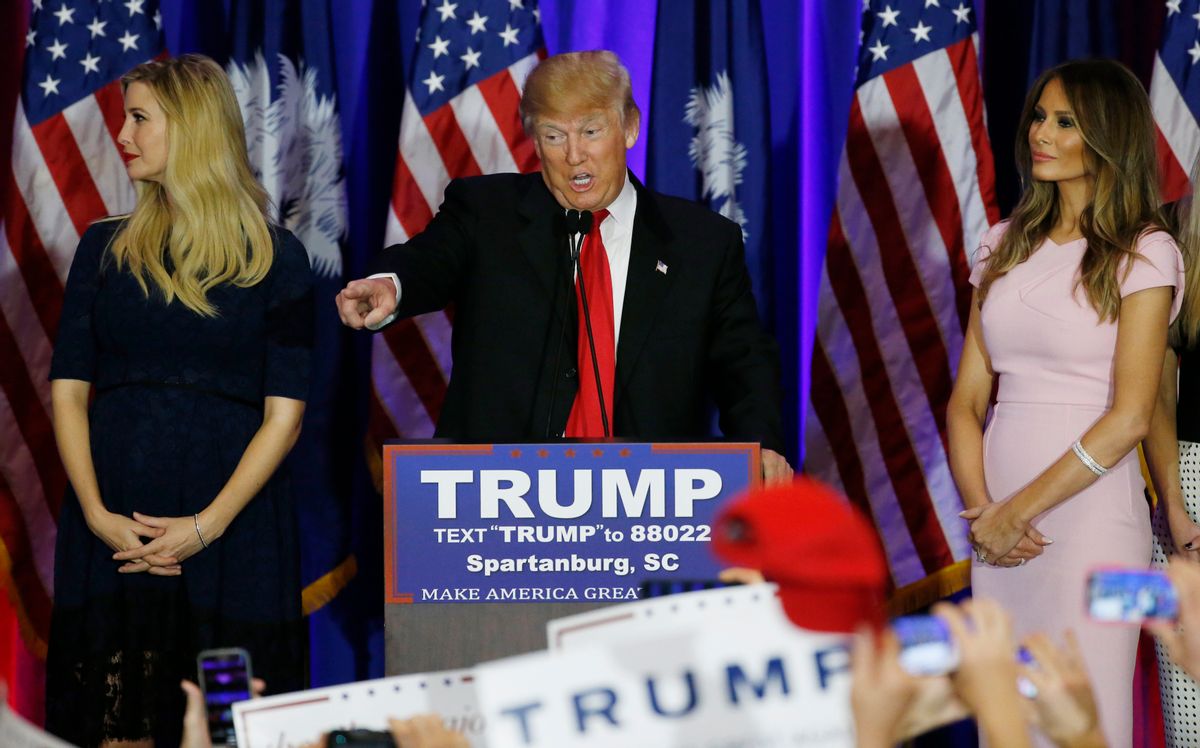 One of the country's most prominent white nationalists has just been selected as a Donald Trump delegate to the Republican National Convention from California.

William Daniel Johnson, a Los Angeles lawyer and leader of a political party that "exists to represent the political interests of White Americans," is so excited about Donald Trump's candidacy and its potential to mainstream white nationalism that he's spent thousands to aid the wealthy businessman's campaign and has be rewarded with a vote at the Republican's nominating convention in Cleveland this July.

"Johnson got the news that he had been selected by Trump in a congratulatory email sent to him by the campaign's California Delegate Coordinator, Katie Lagomarsino," reported Mother Jones on Tuesday. Johnson, head of the American Freedom Party, told Mother Jones that although he never used the term "white nationalist" in his application to be a Trump delegate, "he disclosed multiple details about his background and activism."

Of course, as one of the most notorious white nationalist in America, Johnson has garnered national headlines for his vocal and fervent support for Trump, a candidate who could barely muster a disavowal of former Klu Klux Klan Grand Wizard David Duke.

In February, Trump vowed to return a $250 donation Johnson made to the campaign. Last month, the white nationalist spent $6,000 on robocalls on behalf of Trump ahead of the Wisconsin primary.

“I want people to hear, to feel comfortable with, the term ‘white nationalist,'” Johnson told the Milwaukee Journal-Sentinel at the time.

"The white race is dying out in America and Europe because we are afraid to be called 'racist,'" Johnson said in one robocall to voters in Vermont and Minnesota.