"Sham marriage": Charles Krauthammer on how Paul Ryan and Donald Trump are just going through the motions

"I was very encouraged by this meeting," a discouraged Paul Ryan said, "but this is a process" 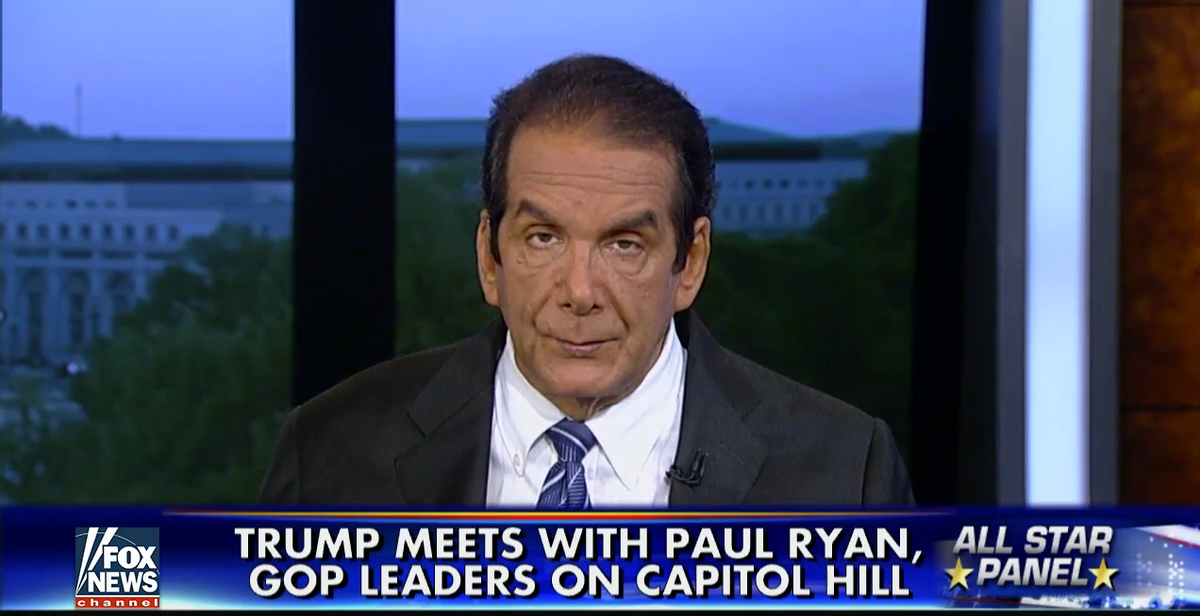 He said he was "not among the many who thought that [the meeting] smoothed over the divide" between establishment conservatives and Trumpeters, in part because Ryan said it was but the first step in "a process."

"Whenever you talk about 'a process,'" Krauthammer said, "what you mean is 'We did not conclude peace.' We've had a peace process in the Middle East for 50 years -- the reason you say that is to give the appearance that something is happening, but you know there's never going to be an end point."

Baier challenged Krauthammer, but he would have none of it, saying that "Trump has made clear he's not a conservative, he's a 'Nationalist Populist.' There are a lot of arguments in favor of that, but it isn't conservatism, as he himself stressed when he said that the Republican Party is not called the 'Conservative Party.'"

Watch the entire interview with Krauthammer below via Fox News.