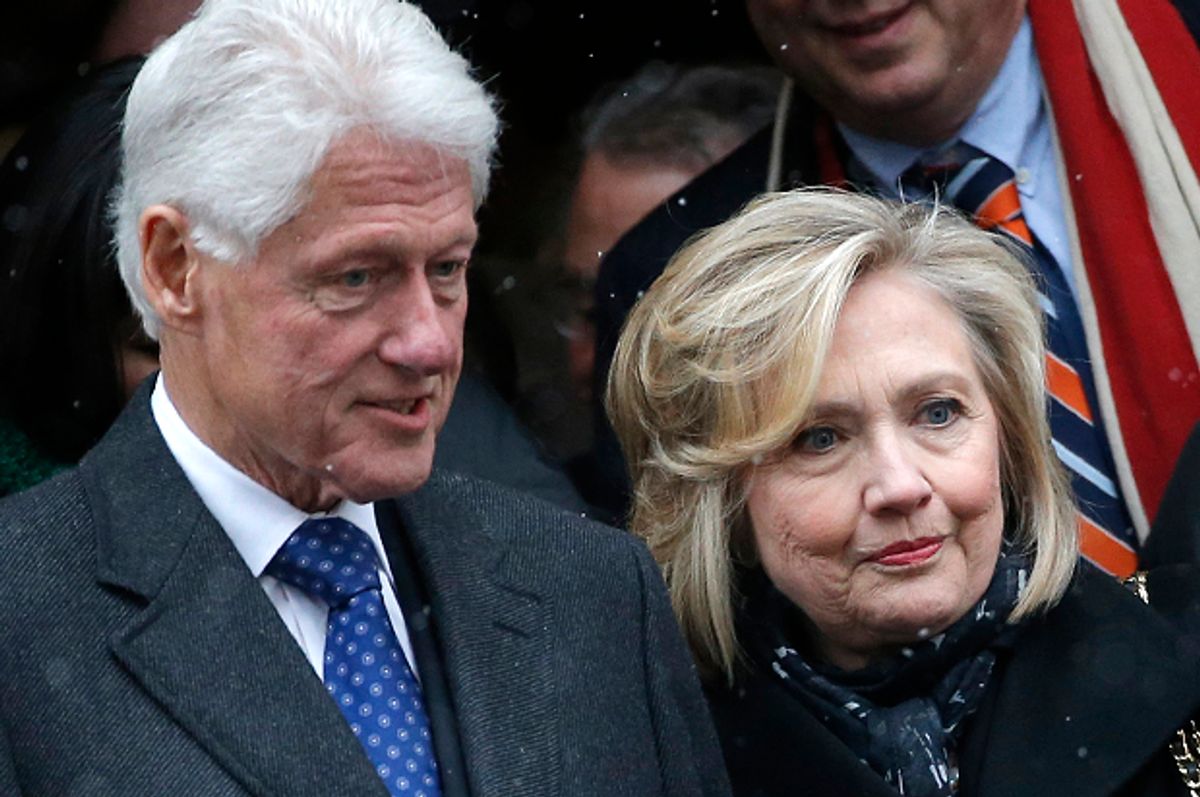 Rupert Murdoch's Wall Street Journal is out with a new front page report alleging improper financial dealings at the Clinton Foundation, but despite the rush by some major media outlets to describe the report as "explosive," the slightest read beyond the headlines reveals yet another dud.

The story boils down to this: At the behest of Bill Clinton, the Clinton Global Initiative arranged for millions in private and federal dollars to benefit a for-profit clean energy company partially owned by close friends of the Clintons'. A serious accusation, to be sure.

The Clinton Global Initiative, a nonprofit established in 2005, is an initiative of the Bill, Hillary and Chelsea Clinton Foundation that arranges donations, usually to charities and nongovernmental organizations, to implement solutions to various challenges internationally. The larger Clinton Foundation, which in recent days has taken steps to be rated by the charity watchdog group Charity Navigator, has been dogged with issues about its transparency for years, with CGI coming under increased public scrutiny as the former secretary of state makes her second run for the White House.

Thursday's report from the Journal alleges that one of the Clinton Global Initiative's latest donations in 2010 may have benefited a company partially owned by individuals with ties to Bill Clinton -- complete with salacious suggestions about the relationship.

The company, Energy Pioneer Solutions, Inc., a for-profit organization which is committed to delivering "energy savings to communities in rural America," also happens to be partly owned by former Democratic Congressional candidate Scott Kleeb and the daughter of a wealthy longtime Democratic contributor, Julie Tauber McMahon. Additionally, Andrew Tobias, treasurer for the Democratic National Committee, and Mark Weiner, a Rhode Island Democratic political operative, both owned small percentages of the company, according to the Journal:

The $2 million commitment was placed on the agenda for a September 2010 conference of the Clinton Global Initiative at Mr. Clinton’s urging, according to a document from the period and people familiar with the matter. Mr. Clinton also personally endorsed the company, Energy Pioneer Solutions Inc., to then-Energy Secretary Steven Chu for a federal grant that year, said people with knowledge of the endorsement.

The company, whose business plan was to insulate people’s homes and let them pay via their utility bills, received an $812,000 Energy Department grant. Mr. Chu, now a professor at Stanford University, said he didn’t remember the conversation.

But as Media Matters fact-checked, despite the Journal's headline suggestion, "the foundation simply announced at its annual convention a $2 million private investment from businesswoman Kim Samuel." Furthermore, buried several paragraphs into the Journal's report is this statement from Samuel's spokesman, Alan Peck: “Following the initial September 2010 announcement and subsequent due diligence, the actual investment was $500,000 made by Ms. Samuel to Energy Pioneer Solutions on July 25, 2011.”

Details below the fold look to have rendered this latest "bombshell" about the Clinton Foundation a dud, but as it is of course illegal under federal law for tax-exempt charitable organizations to act in anyone’s private interest, increased scrutiny of the personal connections to organizations connected to the Clinton Foundation will undoubtedly continue to raise questions about the already controversial charity.