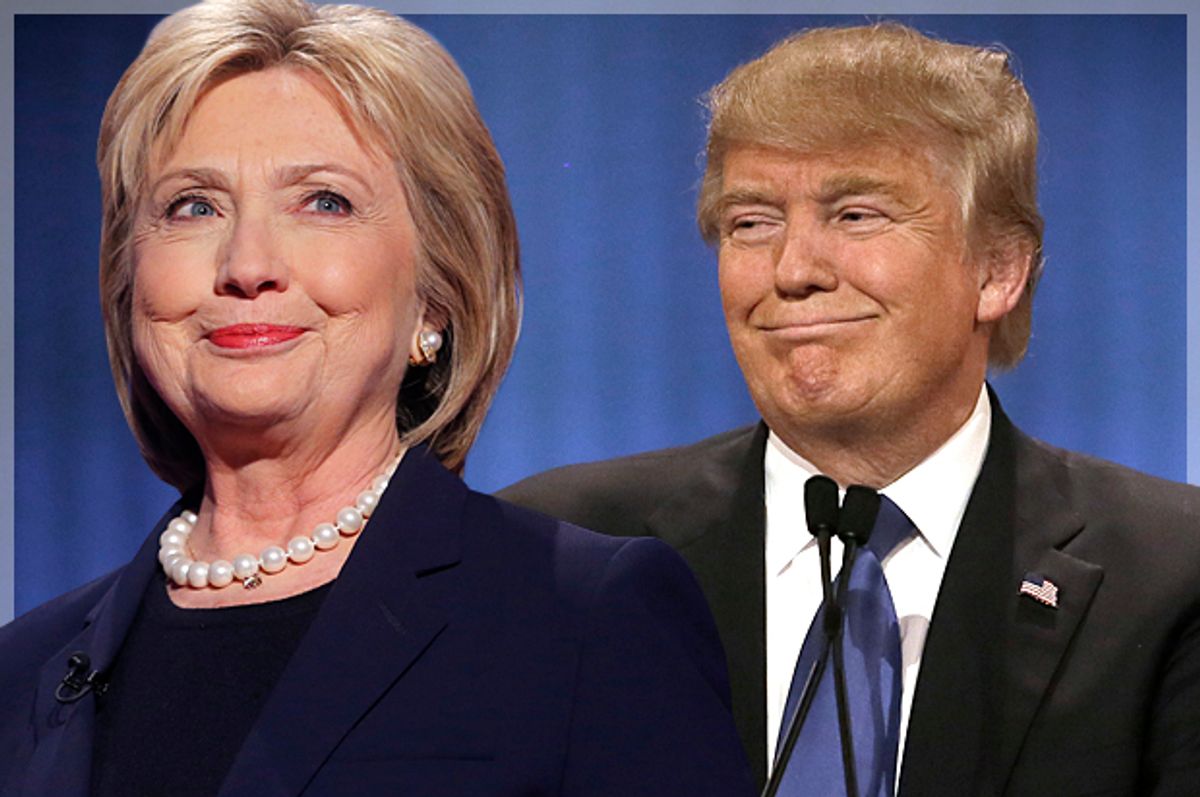 The opening salvo for the general election was just launched by a major Democratic super PAC and Donald Trump is already taking to his massive social media following to undermine the multi-million dollar attack campaign in 140 characters or less.

Priorities USA, the Democratic super PAC created in the wake of the Citizens United Supreme Court ruling to aid President Obama's reelection campaign, has been firmly committed to Hillary Clinton's campaign for some time, hitting Trump on his lack of foreign policy experience, violence at his events and his pledge to appoint justices who will overturn Roe v. Wade in online campaign ads while the former secretary of state has remained locked in a contentious primary battle. But now, the super PAC is ready to expand the battle from merely online and onto the airwaves. Priorities USA has reserved $136 million in ads, $96 million on TV, $35 million on digital, and another $5.3 million on radio, according to CNN.

Both of the first ads use Trump's own past comments to portray the presumptive Republican presidential nominee as anti-women. The first, “Speak,” borrows heavily from an earlier GOP super PAC’s anti-Trump ad, featuring women (and men in this latest instance) repeating Trump’s comments, before asking, "Does Donald Trump really speak for you?":

The second, “Respect,” is a more traditional attack ad that features footage of Trump’s comments about Megyn Kelly and his call for criminal punishment for women who undergo abortions:

But in a cost-free response, Trump rushed to his beloved social media platform, Twitter, to simply blast the ads and "Crooked Hillary Clinton."

Trump then took the opportunity to hit Clinton's recent campaign promise to have her husband to help "revitalize the economy" in areas hard hit by economic depression:

Trump's penchant for asymmetrical social media warfare without an Elizabeth Warren tweeting for the Democratic ticket should be distressing for the Clinton campaign. A Vox analysis found that 45 percent of Trump's tweets over the last seven months have been negative. "Trump devotes about 3.5 times more tweets to talking about the media than...important, big-ticket policy issues," Vox's Zachary Crockett noted, after examining 2,500 of the presumptive Republican presidential nominee's tweets.