Donald Trump is a phony and a liar: The press doesn't get to call him "authentic" ever again

*Twice* he's posed as a publicist to brag about his business and his sex life. Let's call this charlatan by name 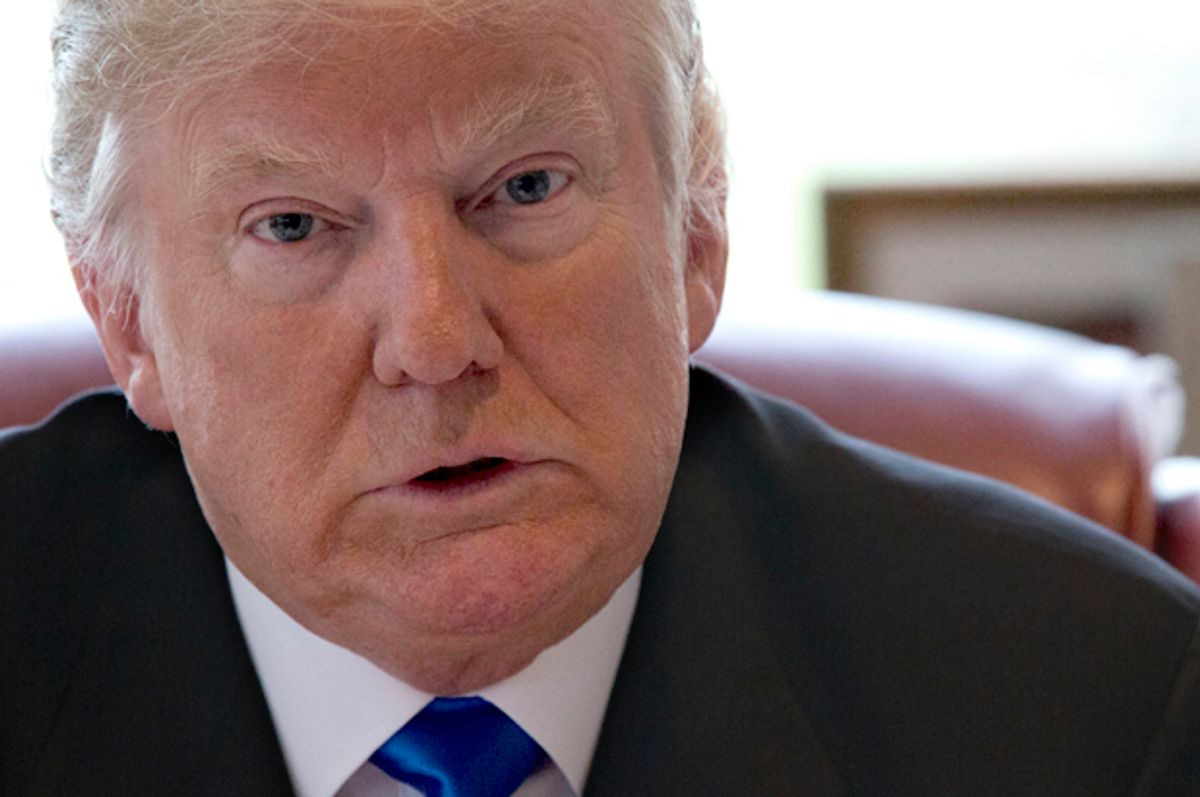 For a candidate who’s often touted in the press as an authentic straight shooter, Donald Trump did a lot last week to puncture that reputation. From insisting that his promise of a “total and complete shutdown of Muslims entering the United States" was really “only a suggestion,” to flip-flopping on whether voters had a right to see his tax returns, Trump seemed to cast aside promises on a daily basis.

But the strangest turn came with the revelation that years ago Trump often called up reporters claiming to be a company spokesman named “John Miller” or “John Barron,” and then said endlessly flattering things about his boss. (“He’s coming out of a marriage, and he’s starting to do tremendously well financially.”)

“This was so farcical, that he pretended to be his own publicist,” said Sue Carswell, a former People reporter who once interviewed “John Miller” about Trump’s love life.

Yet despite those image pile-ups last week, there’s little indication that the press is backing off its “authentic” mantle for Trump, let alone rising up to denounce him as a would-be charlatan.

Days after the “John Miller” laugher, along with Trump walking away from previous campaign pledges, The Hillactually credited the Republican for trying to change lanes; for successfully “selling himself as a truth-telling firebrand” during the primary season, and now being “willing to refine that image.” The fact that Trump’s “refining his brand” simply represents another savvy move on his part.

And that raises a key question: Is there anything Trump can do that will ever move the press off its preferred mark about how the 2016 campaign between himself and Hillary Clinton features Mr. Authentic vs. Mrs. Inauthentic?

It’s rather remarkable that the political media have been chattering, yet again, about Clinton being inauthentic while news of Trump’s invented alter ego simultaneously swirled. And there seems to be little media realization that maybe he’s the phony one.

There’s no question that in politics, “authentic” doubles as a media compliment. It’s reserved for a candidate who’s completely sure of him or herself and can effortlessly connect with voters who pick up on the confidence and genuineness. By contrast, “inauthentic” represents a grave campaign failure. It’s used to put down pols who are surrounded by yes men and women and who are too timid to reveal themselves, and to express their core values.

For generations the Beltway press has kept an eagle-eye watch on inauthentic candidates who attempted image updates during the election season; for any candidates acting phony. (In 2000, Al Gore was pummeled in the press for supposedly being guilty of that transgression.)

For decades the press, often echoing conservatives, has depicted Clinton as something of calculating fraud. Even today, as she amasses more votes than any other candidate in the primary season, she’s portrayed as out of touch and having trouble “connecting” with voters. Clinton doesn’t inspire, we’re told over and over, while more than 12 million Americans have lined up and voted for her this year. (And if she’s so “inauthentic,” so “scripted” and “poll-tested,” how did Clinton tally roughly 18 million votes during the 2008 primary, and win her 2000 senate campaign in a landslide?)

Still, that talking point has become a media cornerstone for this campaign. Remember when NBC's Andrea Mitchell asked Hillary Clinton, "Does it hurt you when people say you are too lawyerly, you parse your words, you are not authentic, you're not connecting?"

Back in February, Ron Fournier in The Atlantic stressed “Clinton continues to struggle to convince many Democratic voters of her authenticity.” After Clinton then went out and essentially won the Democratic primary, how did Fournier respond? He recently scolded Clinton’s campaign for not being as “honest and authentic” as the Trump campaign.

And this from the Washington Post last week about Clinton’s supposed personality defects:

In sharp contrast, much of the political press has spent months touting Trump’s supposed authenticity and praising his allegedly candid campaigning style. (Just like Chris Christie!)

Last month, Trump’s senior aide Paul Manafort practically bragged about how the Republican front-runner was going to unveil a makeover, and that the Trump people saw during the primary season was just “projecting an image.” At the time, many D.C. commentators applauded the move, stressing how savvy it was for Trump to shed one image and try on another for the general election campaign.

At this point it’s harder to tell which media urge is stronger, the desire to keep promoting Trump as a straight shooter, or the yearning to paint Clinton as a phony.