Businessmen make terrible presidents, and Donald Trump's blinkered foreign policy is a reminder of that. 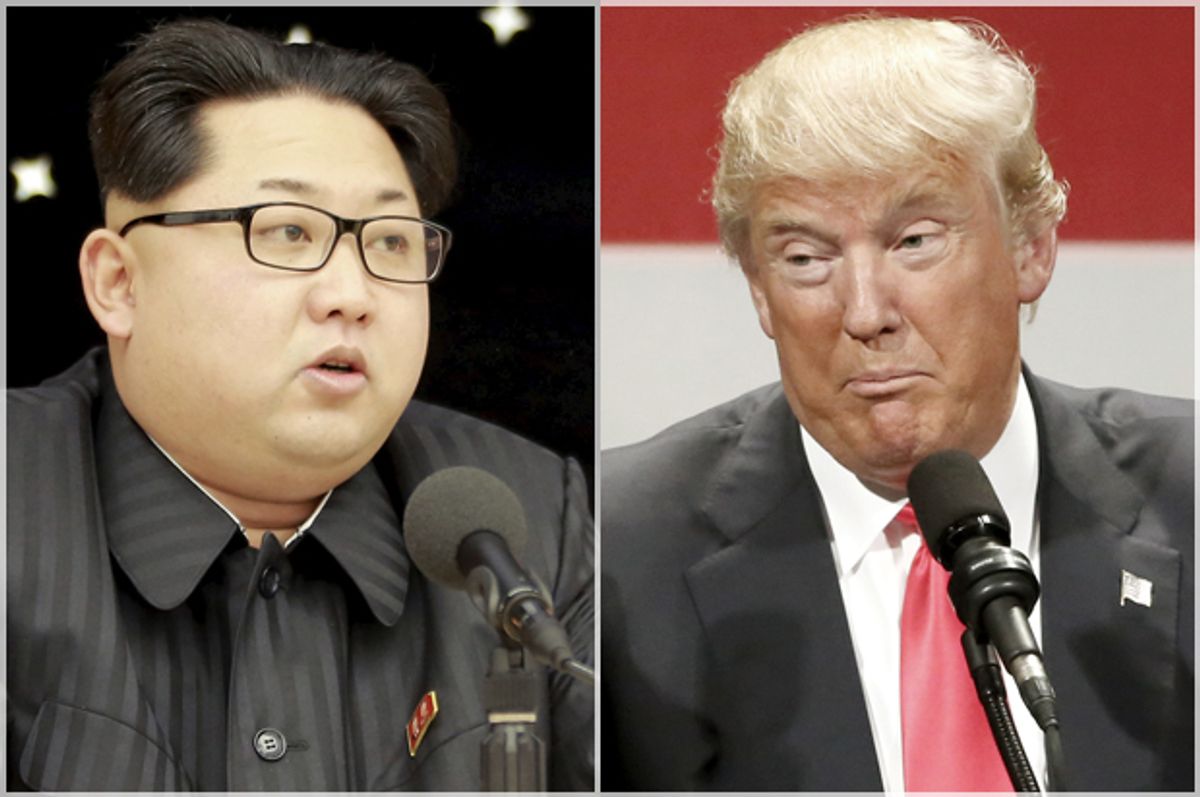 Donald Trump's history in the business world is inconsistent at best, but he's masterfully cultivated his brand over the years. The perception, true or not, is that he's a first-rate businessman, the consummate deal-maker. This perception has helped fuel his presidential campaign.

Although he never explains how he'll accomplish anything, he's convinced voters he'll “make America great again” by virtue of his deal-making prowess. Indeed, it appears millions of Americans are untroubled by Trump's appalling lack of political experience. Whether it's forcing Mexico to pay for a wall or persuading Vladimir Putin to curb his ambitions or pressuring China to clamp down on North Korea, Trump's response is the same: "I know how to make deals."

This is nonsense, of course, but it works because of the enduring belief that businessmen make good presidents. This is wrong for a few reasons. To begin with, America isn't a corporation. Corporations exist to create wealth for their shareholders. Nations exist to preserve a cultural identity, a way of life. Success in business is not the same as success in politics. Because the contexts are so different, moreover, skills in one domain aren't necessarily transferable to the other.

And even if you don't buy that, the historical record offers some instructive lessons. Many of America's most successful presidents – like Teddy Roosevelt, FDR, Eisenhower, and JFK – lacked meaningful business experience. More revealing, when historians were asked to rank America's presidents, only one of the top 10, Harry Truman, had a background in business. At the bottom of the list, however, were men like Warren Harding, Andrew Johnson, Franklin Pierce and John Tyler, all of whom were accomplished businessmen.

The attitude of a CEO is dictatorial; they don't persuade so much as prescribe. That kind of control doesn't exist at any level of politics, least of all in international relations. Take Trump's recent interview with Reuters, which, among other things, covered foreign policy. Like a CEO ruling over his fiefdom, Trump insisted he would solve our North Korea problem via direct negotiation: “I would speak to him [Kim Jong-un], I would have no problem speaking to him.” Asked if he could talk sense into the dictator, Trump said: “Absolutely.”

Alabama Sen. Jeff Sessions, a noted Trump backer, thought this was a good idea: “I believe there's nobody that's run for president in years who understands how negotiate more effectively than Donald Trump, and I do believe he will not be disadvantaged by Kim Jong II.”

If Trump – or Sessions, for that matter – understood anything about North Korea or the region generally, he'd know the U.S. has no formal diplomatic relations with the country (for good reasons) and that Kim Jong-un, a dangerous psychopath, would surely use a meeting with the President of the United States to score a massive propaganda victory. But this is the mentality of a man used to negotiating in a business context, not a geopolitical one. Foreign policy is infinitely more complicated than business, if only because there is less certainty and more uncontrollable variables. Trump seems to think he can will his way to a simpler, safer world. His ego-driven approach works well in a casino, but it won't pacify China or North Korea.

If elected, Trump would quickly discover that the strongman routine doesn't translate well to politics. By then, however, it would be too late.