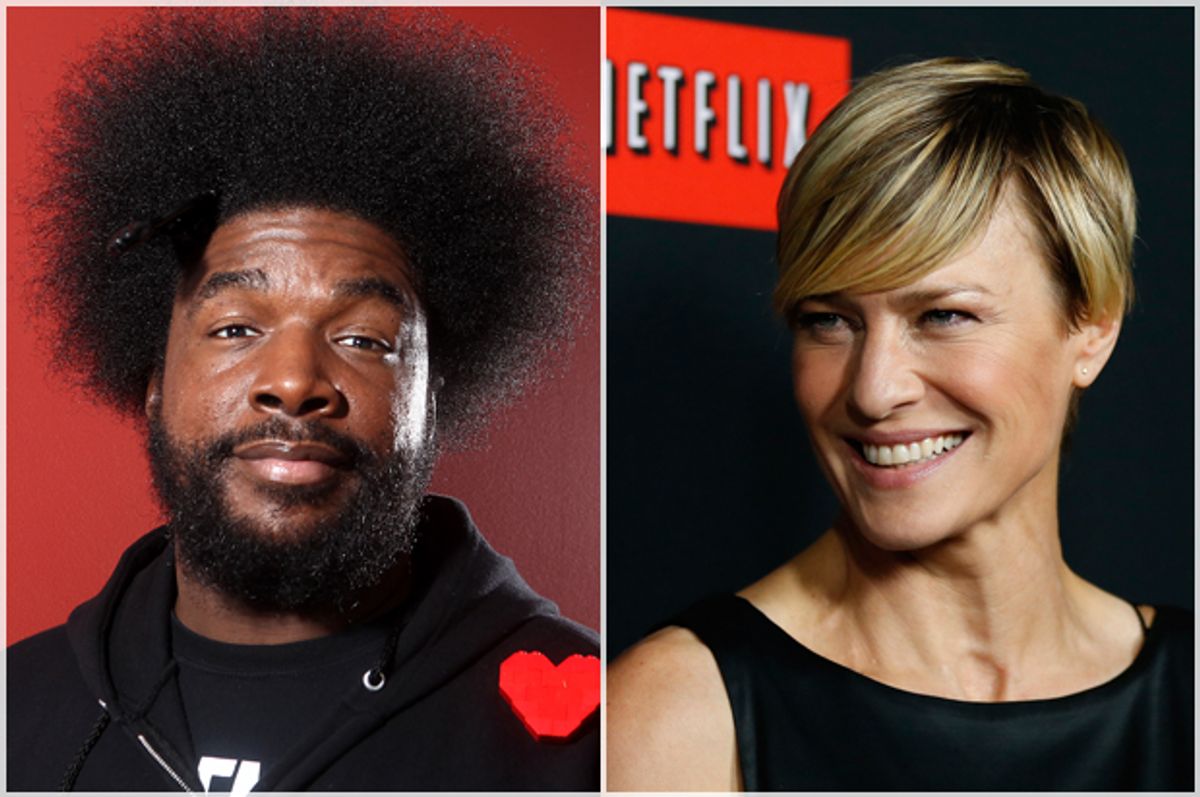 Few things are as thrilling to TV fans as seeing our favorite performers inhabit, in real life, the traits of the characters they play. "House of Cards" fans got their fix today as news spread of star Robin Wright's boss move in renegotiating her salary. As her character, First Lady Claire Underwood, rose in storyline prominence on Netflix's political drama to equal the fictional president, Frank Underwood, Wright decided it was time she earned as much as her co-star Kevin Spacey.

As the Huffington Post reports, Wright appeared yesterday at an event at the Rockefeller Foundation, and while speaking on the subject of equal pay — a hot Hollywood topic these days, especially since Patricia Arquette's 2015 Oscar speech and Jennifer Lawrence's blistering Lenny essay published last fall — she revealed her power play to close her own gender wage gap:

“It was the perfect paradigm. There are very few films or TV shows where the male, the patriarch, and the matriarch are equal. And they are in ‘House of Cards,’” said Wright, who had been talking about the problem of equal pay for women more generally.

“I was looking at the statistics and Claire Underwood’s character was more popular than [Frank’s] for a period of time. So I capitalized on it. I was like, ‘You better pay me or I’m going to go public,’” Wright said with her trademark blinding-white grin. “And they did.”

"And they did" — that's an Underwood-level move if we've ever seen one. The Hollywood Reporter notes that "Spacey was reportedly getting paid $9 million for the third season of House of Cards, and according to Forbes, Wright received around $5.5 million that same year."

Social media exploded today with shares of her story, and the cheers can be summed up in one great tweet by Wright fan and Roots frontman Questlove:

Even that sweet Fallon money?