Brentwood School's n-word problem: "Is this what $40k worth of private education gets you?" 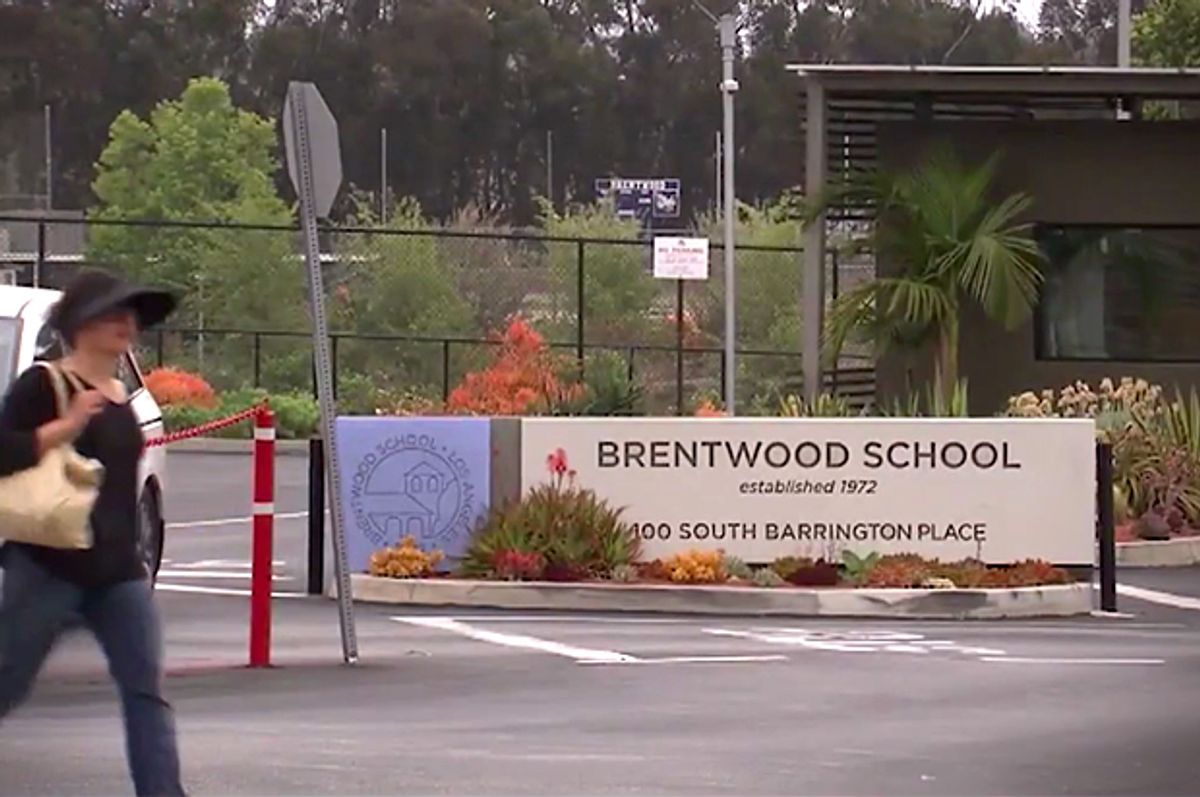 Here's what a private school education in an exclusive neighborhood apparently won't buy your kids — the understanding that not everything in the culture is for them.

The $37,725 a year Brentwood School in Los Angeles has made headlines this week after a video from a group calling itself Brentwood Students Against Racism was posted on Monday. It begins with the school's motto: "Welcome to Brentwood. Start curious. Stay curious. Go anywhere," and quotes its "Core values: Trust, Respect, Responsibility, Honesty, Caring, Community and Diversity." It then mentions that "3/120 kids in the 10th grade are Black — 50% less than the 2014-2015 year."

The YouTube post  also includes a link to a Change.org petition stating that "A group of almost exclusively white students had a party on a boat and decided to sing the n word multiple times. Brentwood has done nothing other than offer to 'talk to them.' If these kids weren't in their socioeconomic position, of their racial heritage, or considered 'assets' to the community (based on social status and/or their parents wealth), consequences would be different. Brentwood claims to value diversity and acceptance, but their lack of action demonstrates otherwise."

On Tuesday, Barry Bonds added his voice to the discussion, saying on Twitter, "I am sad that i had to see this at my daughters school. #Racism #Fixit #Suspension." And Bonds' ex-wife posted on the Change petition page, saying, "Is this what $40k worth of private education gets you? I am extremely embarrassed that my daughter is a current junior at this school and has been here since kindergarten. I can't even speak. I blame the parents of these children. SMH."

In a statement on the school's site, Brentwood said it is "dealing with the impact of a video showing several students at a non-school party, singing lyrics that are offensive and inconsistent with our core values. We are investigating this insensitive behavior, will address the situation directly, and will respond seriously." And it added that "We will do more. We will reflect on our response as a school administration and identify what Brentwood School can do better in the future to help all of our students understand the harm that this type of conduct causes to themselves, to others, and to the community." ABC News in LA says the school also claims to have met with the school's ninth through eleventh graders about the incident.

As some of the YouTube commenters — not a population famed for insight or empathy — argue, the kids were just "clearly singing to the song" and after all, "How are we supposed to enjoy the music if we can't say it?" Gosh, I don't know, what if you just tried?

It's debatable what a school's responsibility is for the behavior of its students during after school hours. Should a bunch of teenagers be suspended for singing along with a song, at a party? The Brentwood administration seems to understand that's an unenforceable idea. It's also entirely possible the kids themselves didn't think much of what they were saying and doing. But here's a concept that would be great for many people — including privileged kids whose parents can afford to pay almost forty grand a year in tuition — to consider: You are not actually entitled to everything. If someone of another race is using a particular word, it doesn't grant you a pass to use it too. And maybe you think it doesn't mean anything to bounce around to a song that disrespects girls, and music doesn't have to follow an agenda, but again, what if you just used your brain a tiny bit and didn't perpetuate douchey sexist tropes? What if you got an education in restraint and sensitivity? As Max Whinlock, an African American sophomore at the school, told the LA Times this week, "There’s no overt racism here. It's about a lack of respect for everybody."