"Disrespectful and disgusting": Sexist politicians remind women that their looks still define them

What's next for Ed Rendell and Kenny Havard, running for "Female Body Inspector?" 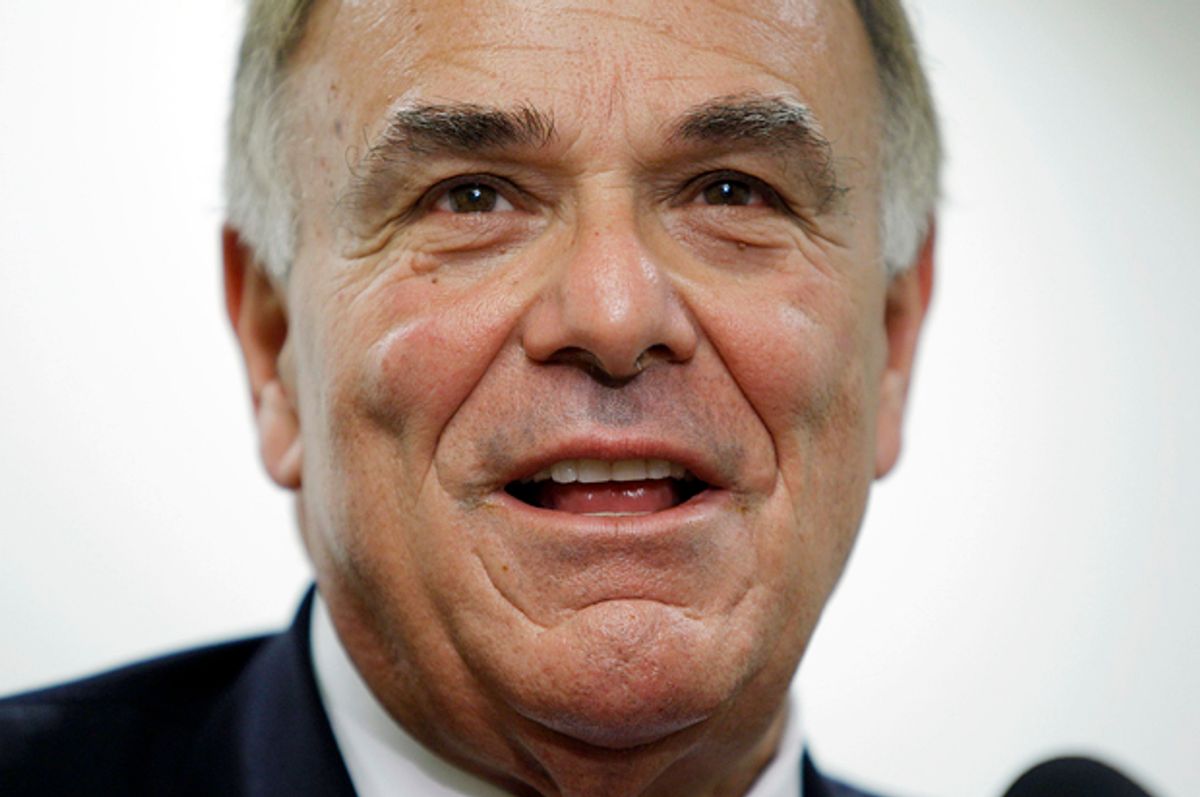 It's a wonder male politicians can get anything done, what with their constant obligation to monitor the hotness of all the women in the world. How do they even have time to try to police our bodies when they're so busy assessing them? So thank you for all your hard work as Female Body Inspectors, former Democratic Pennsylvania governor Ed Rendell and Louisiana State Rep. Kenny Havard!

At one end of the spectrum, there's Clinton surrogate Rendell, who on Wednesday chivalrously spoke out against Donald Trump and simultaneously wooed the fug vote. Speaking with the Washington Post, the 72 year-old mused, "Will [Trump] have some appeal to working-class Dems in Levittown or Bristol? Sure. For every one he’ll lose one and a half, two Republican women. Trump’s comments like, 'You can’t be a 10 if you’re flat-chested,' that’ll come back to haunt him. There are probably more ugly women in America than attractive women. People take that stuff personally."

Why yes, let's go out and make those "I'm ugly and I vote! HILLARY 2016" bumper stickers right now, because that is catchy as hell.

Maybe this mindset's not so surprising from an apparent armchair connoisseur of the good ladies of the Keystone State — in 2010, he told Philadelphia magazine, "If someone says, 'I saw you with that great-looking blonde,' I might say, 'Oh yeah, she’s great. She’s hot as can be, she’s the cat’s meow,' in a kidding manner. But the love of my life? That I’m thinking of leaving Midge? No way. I do not have affairs with women, and it’s really unfair. It’s particularly unfair to attractive women. I should go out and find an unattractive woman to have an affair with."

Writing Thursday in the Washington Post, Janell Ross ripped apart Rendell's rock-the-ugly-vote logic, tidily explaining, "There is absolutely no solid factual basis on which Rendell or anyone else can claim that a woman's appearance influences her politics or views of sexism itself. And we know of no other evidence that women want to believe that their president includes them among the ranks of the beautiful." Sure, many of us would prefer that our commander in chief be a human who respects the dignity of all women, who doesn't have a lengthy history of repulsive commentary and actions with regard to our sex. But you'd be hard pressed to find a female voter whose presidential decision making process would go, "He probably wouldn't rank me a ten. Hillary it is, then!"

In the face of a firestorm of criticism Rendell quickly came around on his comments, issuing a full acknowledgment of how truly boneheaded they were. "What I said was incredibly stupid and insensitive," he said in a Wednesday evening statement. "When I read it in the article, I said, 'Did I say that?' It was just dumb, and stupid, and insensitive, and if I offended anyone, I apologize."

But elsewhere, down in New Orleans, Republican State Rep. Kenny Havard is still keeping track of the aesthetic standards of the chicks. But not really! He kids! HE KIDS! With a move that led Rep. Julie Stokes to declare she'd "never been more repulsed to be part of" the House, Havard hilariously amended a bill that would require strip club dancers to be 21 or over to include the provisions that they also not be older 28 or weigh more than 160 pounds. Stop, my sides!

Adding to the mirth, Advocate reporter Rebekah Allen posted a photo on Twitter Wednesday showing how "other lawmakers left these dollars at podium in jest during strip club age debate." Stokes, meanwhile, told her colleagues that "I can't even believe the behavior. I hear derogatory comments about women, I see women get treated differently than men. That was utterly disrespectful and disgusting."

Havard, a 45 year-old married father of two, soon withdrew his merry prank, but he told the Times-Picayune Wednesday that he stood by his remarks. "It was a poke at overregulating everything," he said. "Where are we going to stop? It was aimed at both men and women. I can't strip either. I'm a little overweight."

As the paper points out, the legislation was designed to protect underage girls from sex trafficking.

Hazard also said that he hadn't noticed women being treated differently "at all" in the Legislature, noting, "That's why I'm not going to go apologize. It would give credence to that comment." But speaking with the Advocate, Republican Rep. Nancy Landry said that Havard "was clearly insinuating that women over a certain age and over a certain weight are not attractive." And she added a reminder to gross dudes in power all across the land when she said, "We're here representing 40,000 people back home, and half of them are women."