Donald Trump admits to serial sexist and misogynist behavior, but insists "It's not like the worst things!"

His version of "feminism" amounts to "I've done less than Bill Clinton's been accused of," which doesn't work 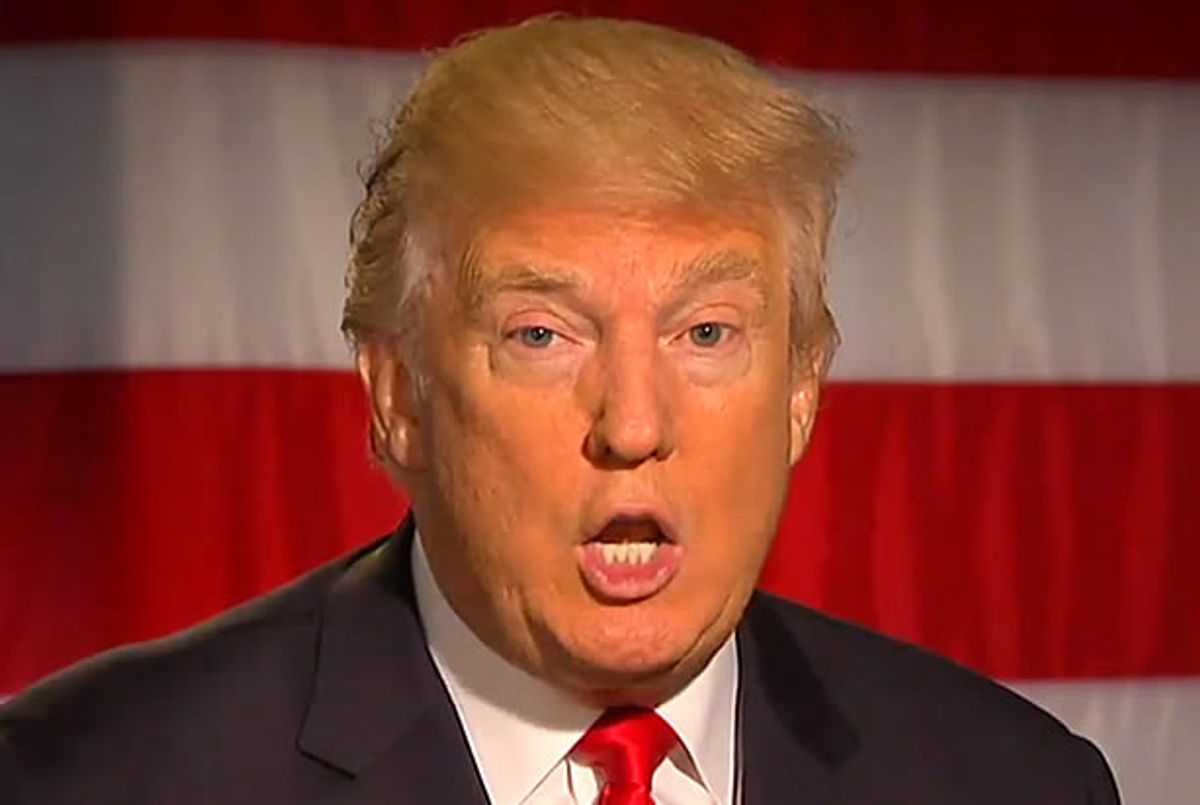 In an interview on Hannity Wednesday evening, presumptive Republican presidential nominee Donald Trump fought back against The New York Times article alleging he was a serial sexual harasser by reminding viewers that Bill Clinton -- who, despite what they say on Fox News, isn't actually running -- has been accused of worse.

Trump noted that Rowanne Brewer, Senada Adzem, and Carrie Prejean have all said that the story, as published, didn't accurately reflect the tone of their comments -- even if it did accurately reflect the content. "To think what they did, they put themselves out on the line to do this for me," Trump said. "I haven't spoken to them in many years, so -- I just have such respect for them."

He noted that was written about him "frankly, wasn't even that bad," as if there's a sliding scale of sexist behavior that's capable of exonerating his. "It's not like the worst things!"

Hannity, however, clearly believed that what Trump has done was less important than what Bill Clinton allegedly has, and asked Trump where on that sliding scale his behavior sits relative to Bill's.

Watch the entire interview above via Fox News.