"I think this may be good politically for Donald Trump," Varney said, noting "he's already tweeted out" about it 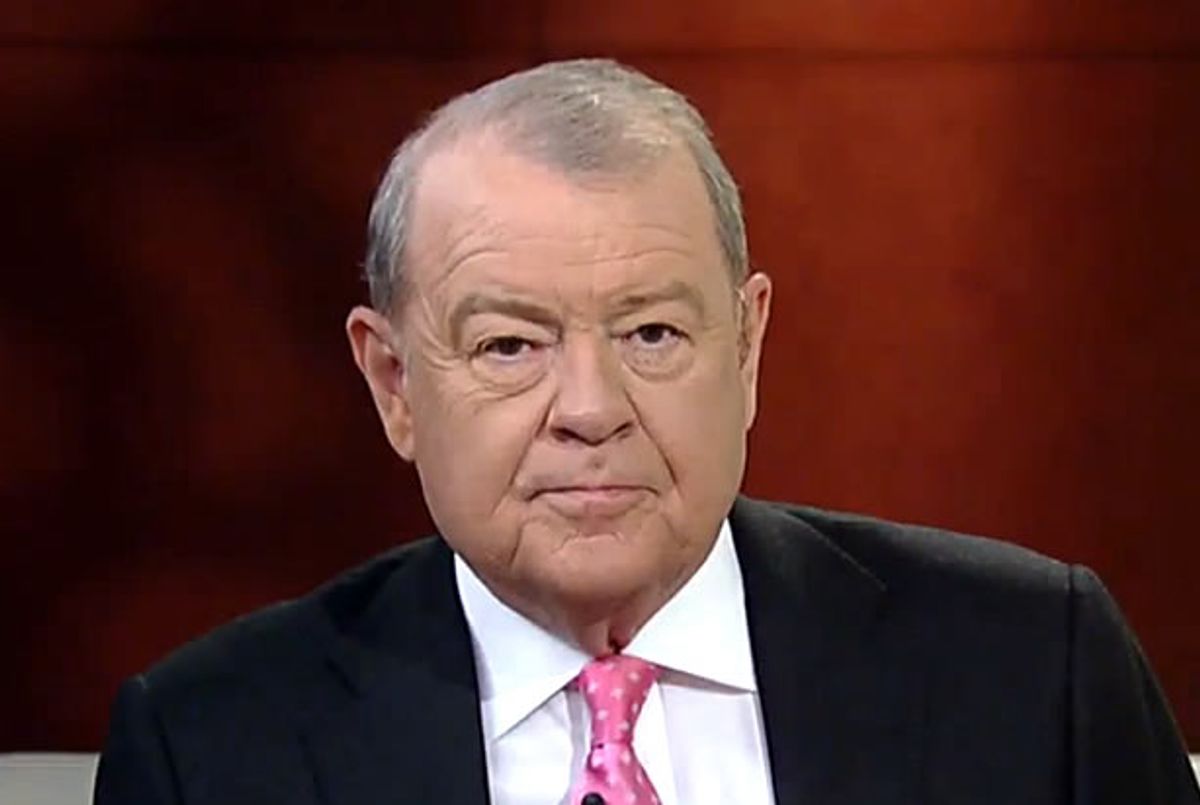 Fox Business News' Stuart Varney appeared on Fox & Friends Thursday ostensibly to discuss the crash of EgyptAir Flight 804, but he was clearly more interested in talking about other things -- including its impact on the Egyptian economy and its potential to sway undecided voters to Donald Trump.

Varney said that the crash could "encourage the refugee crisis," which would be "good politically for Donald Trump."

He noted that "he's already tweeted out, saying this is probably terrorism," suggesting that even if it isn't, Trump's using these deaths in the most auspicious way possible.

"He’s the guy who is saying, hands off, keep Muslims out temporarily whist we figure out who comes in,” he concluded.

“An incident of this type -- it's surely a plus for Donald Trump."