Kesha's Dylan tribute was on, then off, now on, as backlash against the producer she accuses of assault swells 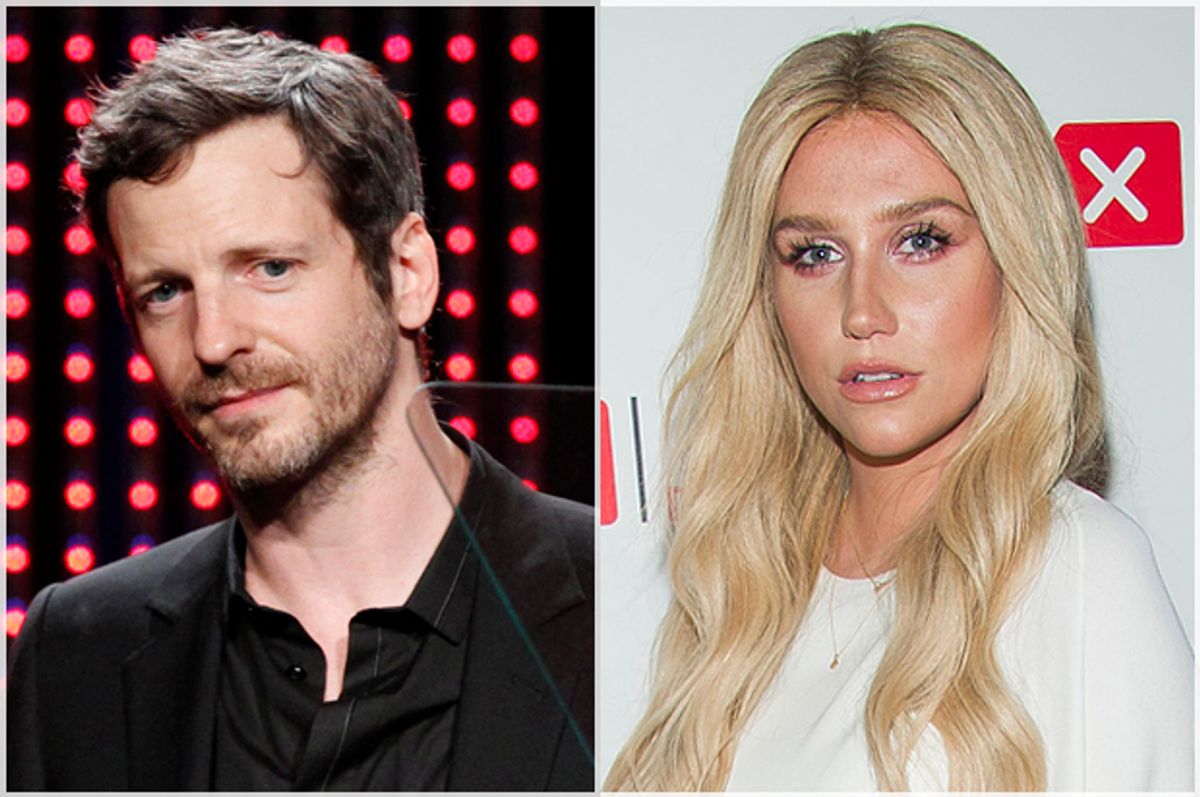 The bad blood between pop star Kesha and producer Dr. Luke, her onetime mentor, has been getting nastier and nastier for years now. After a movement by fans to cut her loose from a contract they called exploitative (#FreeKesha), charges of the producer insulting her weight and provoked an eating disorder, and a lawsuit alleging sexual harassment and assault, it seemed like things could not get any worse. (Dr. Luke, born Lukasz Sebastian Gottwald, denies the allegations and has countersued.)

Then Dr. Luke’s label, Kemosabe Records, cancelled Kesha’s scheduled performance at the Billboard Music Awards, at which she was supposed to have sung Bob Dylan’s “It Ain’t Me, Babe.”

But now, bizarrely, Kemosabe has capitulated: According to the AP, the singer once again has permission to belt out the Dylan number. So what happened?

The original ban on her performance was likely motivated by spite. But the official explanation was that Kemosabe did not want Kesha getting into the lawsuit onstage. Kesha, apparently, was more interested in paying homage to Dylan than ranting about Dr. Luke. Lady Gaga, a longtime ally of Kesha, supported her with a tweet comparing Dr. Luke to a half-woman, half-octopus villain from “The Little Mermaid.”

And Wednesday night, Kesha performed the Dylan song onstage with Ben Folds, leading to a fair bit of publicity. Kesha’s mother asked performers to boycott the awards. Taylor Swift, Adele, and Lena Dunham have all been vocal about their support of Kesha.

It may be that this all just got too big for Dr. Luke and his label, and they decided that it had become a public relations disaster. Dick Clark Productions, which is putting on Sunday’s Billboard show, may’ve decided this was becoming ugly, and lobbied Luke’s people. Who knows.

In any case, Kemosabe reversed itself, releasing a statement that is a classic instance of corporate gobbledygook that allows Kesha to sing after all:

Kesha's performance on the Billboard Music Awards was always approved, in good faith. Approval was only suspended when Kemosabe learned Kesha was to use the performance as a platform to discuss the litigation.

Now that Kemosabe has obtained assurances, that it is relying upon, from Kesha, her representatives and Dick Clark Productions that neither Kesha nor her supporters will use the performance as such a platform, the approval has been restored.

So is everything well at this point? It’s certainly a win for the singer and her fans, but the larger arrangement remains, as a judge refused to issue an injunction freeing Kesha from her contract with Kemosabe and Sony earlier this year. Dr. Luke still has control of her career.

We don’t know for sure how many of Kesha’s charges are true, but it's clear the controversy is a serious PR mess for Dr. Luke and his company. If I had to guess, I’d predict this could be a turning point that leads to Kesha’s support amplifying and people running scared from Luke.

All this press over one song Kesha was going to sing, and then wasn’t, and now is after all – it’s hard to imagine how Luke and Kemosabe could have handled this any worse.